Everything we know about GMA’s Ginger Zee’s health 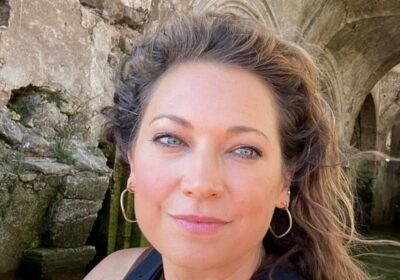 Ginger Zee has made no secret of her battles with her mental health and her new book A Little Closer to Home delves even further into her struggles.

But it’s not only depression which the GMA meteorologist has dealt with as a series of other diagnoses have reared their heads during her life journey.

The mom-of-two has been open about everything she has been through in a bid to help herself and others and here’s what she’s said about her conditions.

WATCH: Ginger Zee’s moments with her family for special meeting

Ginger Zee and suffers from narcolepsy

Ginger’s sleep issues began when she was in high school when she would fall asleep at every given turn. But it took something incredibly serious for her to be diagnosed with narcolepsy.

Speaking to Narcolepsy 360 she revealed:  “I still didn’t know that [I was falling asleep] until I got into three different car accidents. I began closet smoking. I was doing everything in my power to stay awake while driving because I was so afraid of hurting myself and other people in the car.

MORE: Ginger Zee opens up about trauma ahead of book release on LIVE

“I couldn’t explain why I was falling asleep and it wasn’t until the third crash when I crossed the medium and almost went onto the other side of the highway that I got help.

A sleep study at the age of 21 revealed she was narcoleptic and she said that diagnosis was the start of her journey.

Ginger is incredibly grateful for the support of her family

How does Ginger Zee deal with her depression?

Just days before Ginger began her long-standing job at ABC, she checked herself into a mental health hospital to seek help.

MORE: Ginger Zee’s fans can barely look as she shares daring video of her son

For years she had been struggling with depression. She had attempted suicide, been the victim of serious sexual assault and felt she always needed to hide what she was going through.

Now she attempts to beat down the stigma attached to depression and mental health by being open about her own experiences.

Ginger says behind her smile she was suffering

She still goes to therapy and has “gray days,” but says they’re not “black” and hopeless anymore.

An excerpt from her new book reads: “The moment I mention my hospitalization, though, people’s ears perk up and their eyes widen—the action I took still has a stigma. And that’s what needs to change. Like drug and alcohol rehabilitation, mental rehabilitation should be looked at through the same lens. Disease. Treatment. Thriving.”

In an interview with People, she added: “I fought a disease called depression that a lot of people fight every single day.

“The hundreds of thousands or millions of people who are dealing with or dealt with something I did, I want them to be able to fight without shame.”

In high school, Ginger also battled an eating disorder which would be ongoing for years. In a heartwrenching letter to her younger self, she documented the lengths she would go to to avoid food and how, after dropping to a “frightening size,” her mother checked her into a mental health hospital.

While she gradually recovered, she admitted: “As you grow into an adult, you do a lot of work in therapy on the eating issues as well as what caused them, but you still spend about 80% of the day thinking about food.

Through therapy and support Ginger has fought her demons

“You’ll probably never be completely cured. Anorexia, for you, is something that can be managed but never fully repaired.

“But every day you have a choice to be honest about how you are feeling and to take care of yourself.”

She added: “You are fortunate to have gotten out. Share your story and help others.”

It was following Ginger’s last attempted suicide in her twenties that she was diagnosed with severe depression and borderline personality disorder. The condition affects how the person thinks, feels and interacts with other people.

In a recent Instagram Q&A with fans, Ginger addressed this when she said finding the right therapist is imperative to treatment.

“I thought he was mean and he was cold because he wasn’t like any of the therapists I had had before,” she confessed, but realized he was the right one for the job.

She concluded by saying: “Get the right therapist by getting the right diagnosis.”