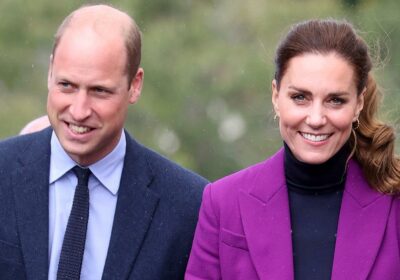 Kate Middleton, the Duchess of Cambridge, and Prince William, the Duke of Cambridge, have jetted off on holiday with their three children Prince George, Princess Charlotte and Prince Louis, and there are a few factors that might make the trip considerably different to previous ones.

SEE: Prince William and Kate Middleton jet off abroad with their children for half-term – details

Firstly, it’s likely that the Queen , Prince William’s grandmother, will be in the back of their minds. She “reluctantly accepted medical advice to rest”, according to a statement released by Buckingham Palace earlier this month, and was then admitted to King Edward VII Hospital.

She spent the night there, marking her first hospital stay in eight years, and while it’s understood that this was for practical reasons, it makes sense that the Duke and Duchess Kate will be thinking of her during their trip. The Queen was also seen using a walking stick for the first time in 17 years during an outing with Princess Anne, the Princess Royal, this month.]

READ: Is the Queen’s busy schedule putting her health at risk? Experts weigh in

Besides that, the most obvious point of difference for the Cambridges’ family trip is the influence of the pandemic. This is believed to be the first time that they have travelled abroad since Covid-19 began to spread, and while it’s not known exactly where they have headed to, they were seen together at Heathrow airport.

Restrictions have eased in the UK (1metre-plus social distancing and the encouragement of face masks in crowded places are the only rules that remain), but there are more stringent restrictions in place elsewhere, while travelling comes with its own set.

For example, Kate and William and the children will be required to wear masks throughout their flights, and if Kate and William have headed to Mustique, where they celebrated Prince George’s sixth birthday in 2019, they would need to isolate on the island for 48 hours upon arrival. They will also require a Covid test upon arrival.