Home » Beauty » A Video Of Meghan Markle Doing Her Makeup In An Uber Exists Because Royals, They’re Just Like Us

A Video Of Meghan Markle Doing Her Makeup In An Uber Exists Because Royals, They’re Just Like Us Markle might have retired her blog and deleted all of her social media, but luckily the video of her dancing to "Big Poppa" in the back of an Uber is still around. Back in September 2016, the soon-to-be royal partnered with Bobbi Brown and Uber to bring back-seat touch-ups to people on Los Angeles and New York. The idea was to give people a little makeup refresher in ten minutes, because "there’s nothing like arriving at your destination." according to the brand.

Two years later, the footage of Markle is going viral again. At the time of the video, Markle was on hiatus from Suits and was on her way to a meeting. Brown decided to help her with touch-ups on the way. The blushing bride can be seen using a highlighting stick, cover-up, and getting her giggly meditation on during the short car ride.

While Markle might be a little more royal these days, not much else has changed as far as her makeup routine goes. She looks absolutely gorgeous when getting into the Bobbi Brown van to begin with, so I’m not quite sure that she even needs a touch-up, to be completely honest.

The real highlight of the video is seeing her in deep meditation — aka eyes closed before giggling — and dancing to Brown’s ringtone that goes off mid-car ride. This is a whole lot better than just watching her wave in the back of a car, like she does now that she’s soon-to-be royal. If only we could see her doing touch-ups then.

Markle didn’t give any touch-ups to the public during the event, but she did try out some Bobbi Brown products back in the day. According to the video, she is a big fan of the Retouching Pencils and Retouching Wands from Bobbi Brown, which were new in the 2016 video. As Markle says, it has a "pretty glow."

Markle must have been right about how great the products were, because Bobbi Brown’s Retouching Collection is still available on the website two years later. You can shop the entire collection online right now. Unfortunately, the Retouching Wands only come in nine shades and the Retouching Sticks only come in ten shade. They will set you back $34 to $42 each. 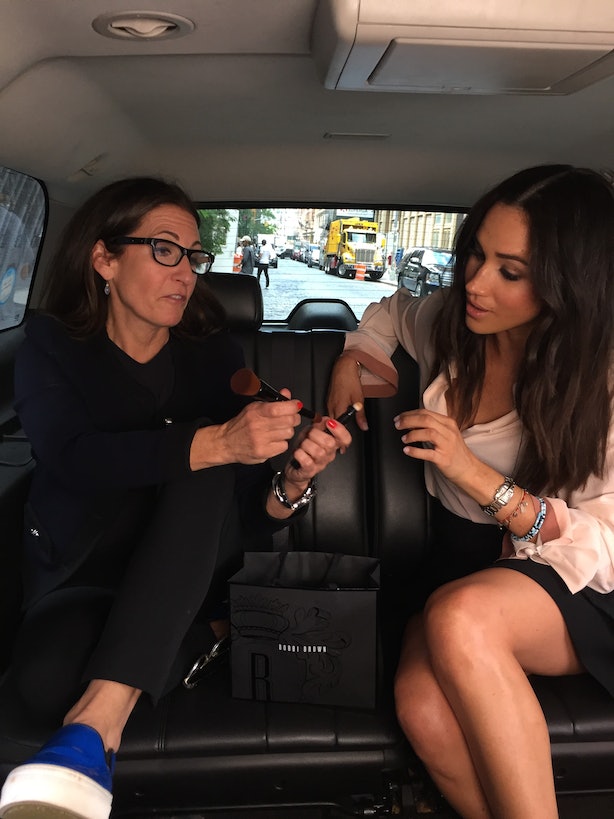 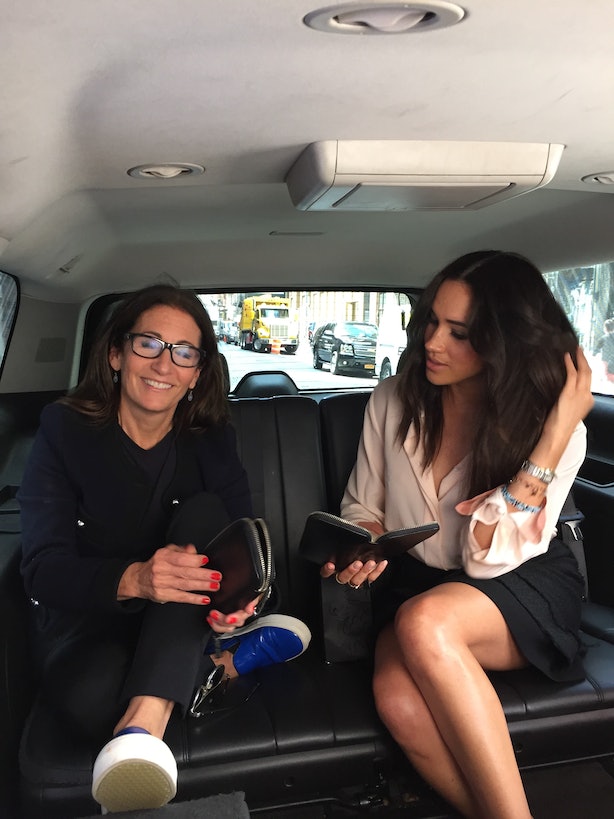 Because of her royal status, Markle no longer gets to ride around in vans with makeup artists. The world will have to just savor the past moments. You know, up until the big royal wedding.