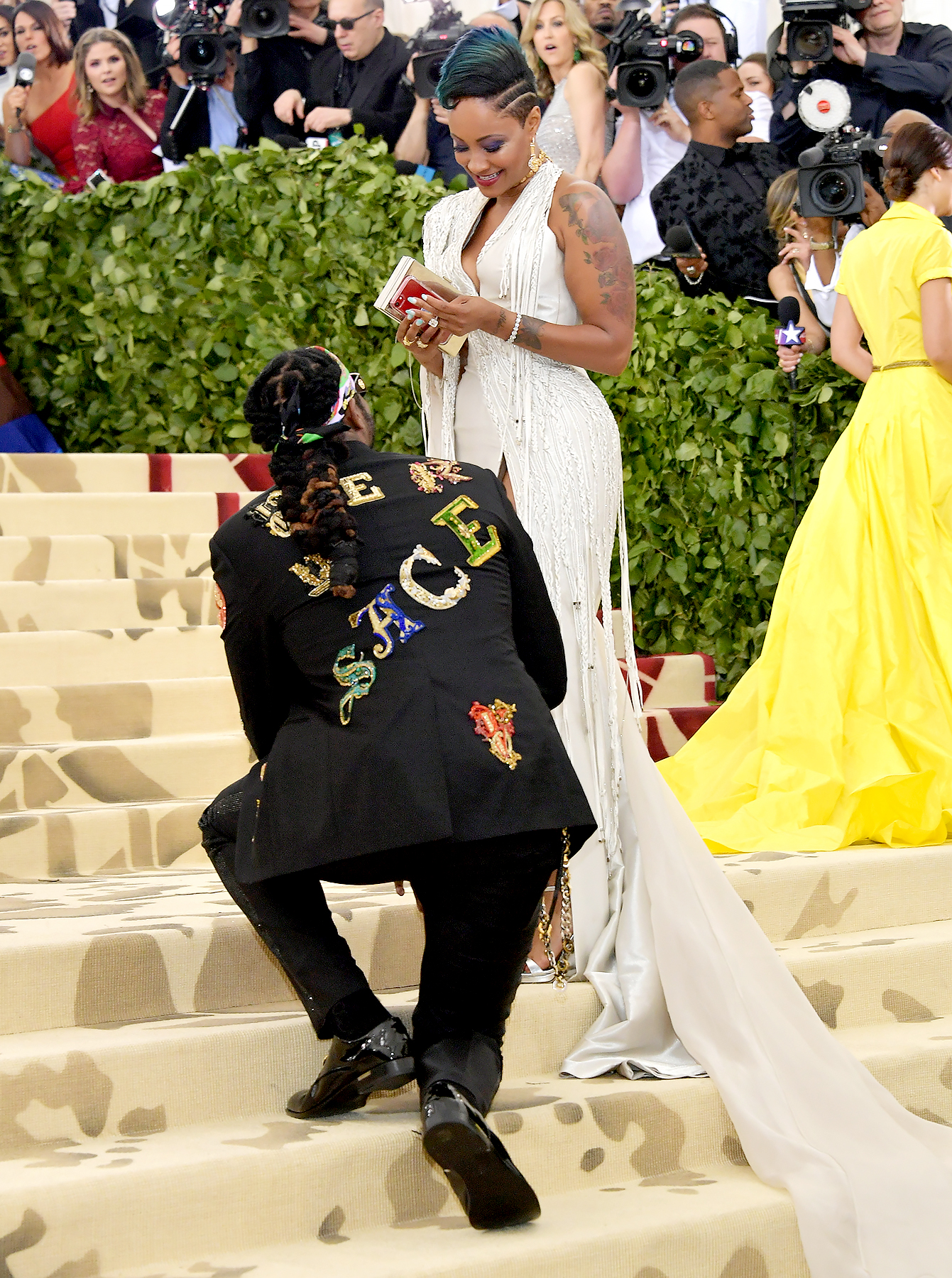 2 Chainz … and a ring! The rapper, whose real name is Tauheed Epps, got down on one knee before entering the Costume Institute Gala at the Metropolitan Museum of Art in New York City on Monday, May 7. He proposed to Kesha Ward – who is already his wife – and of course, she said “Yes!” The two originally tied the knot in 2013 and have been together since 2006. This is Epps’ first time at the Met Gala and he wore a black suit with gold embroidered details, made by Versace. 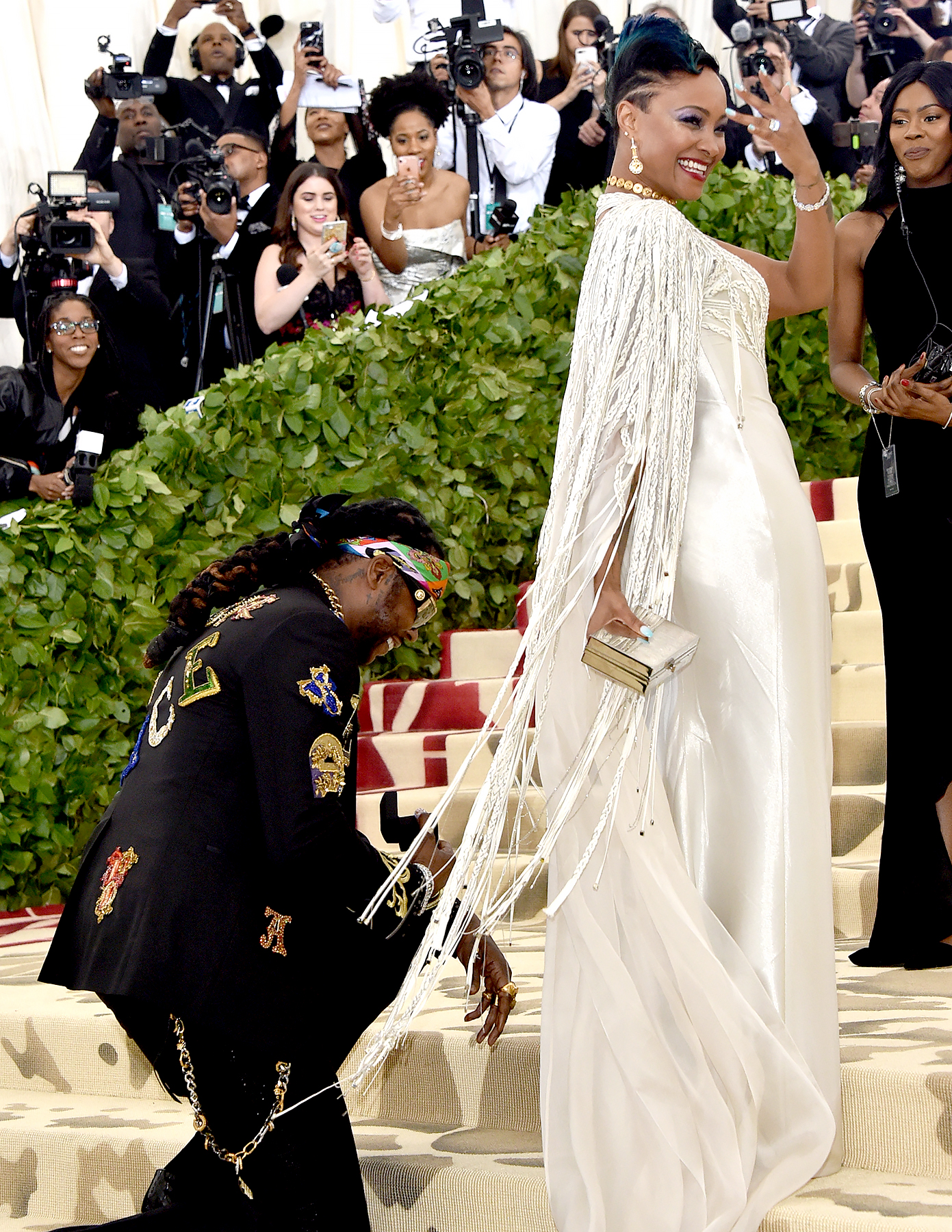 The theme of the evening is Heavenly Bodies: Fashion and the Catholic Imagination, which ironically goes along with the couple’s family. The two share three kids named Heaven, Harmony and Halo!

After the proposal, Ward acted as excited as she would be if it were the first time. “It’s crazy, he just gave me this! So happy! I love it,” she said during E!’s live red carpet special.

He’s not the first to get down on one knee at the gala. In 2004, Donald Trump proposed to Melania Trump at fashion’s biggest night, giving her a 15-carat diamond ring.