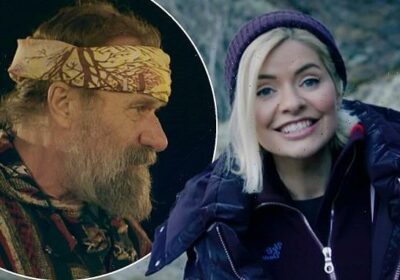 Freeze the Fear with Wim Hof

Wim Hof, the Dutch hippy hardman who ran a half-marathon barefoot through Arctic snow and climbed Everest to 24,000ft in just his shorts, talks a lot about mental strength.

Urging celebs to plunge into an icy lake in Italy, on Freeze The Fear (BBC1), he yells: ‘It is about taking ownership of the power of your own mind!’

Believe hard enough, he is saying, and the human body can overcome anything — even submersion in freezing water.

What Wim doesn’t say is that some people are naturally resistant to cold. It’s in their DNA. 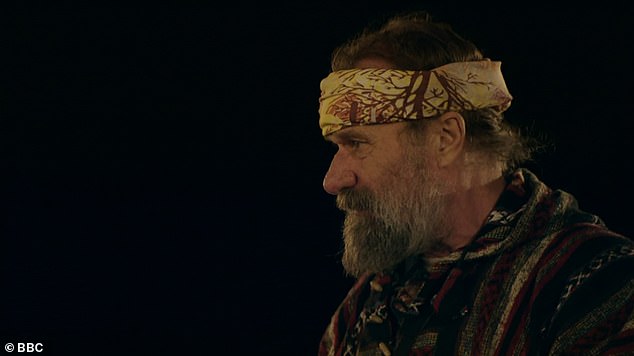 Freeze The Fear (BBC1) stars Dutchman Wim Hof, who ran a half-marathon barefoot through Arctic snow and climbed Everest to 24,000ft in just his shorts, teaches how to handle cold

They did this by asking 42 men in Lithuania to sit for up to two hours in water at 14c, which for Wim would be a hot bath.

The subjects who turned blue first had higher levels of a-actinin-3. It seems people without that gene just don’t feel the cold.

Wandering around the celebs’ Alpine camp in sandals and a poncho that barely reaches his thighs, Wim makes no mention of DNA.

For him, withstanding the shivers is all about ‘awakening the deepest part of the brain’ and becoming ‘the alchemist in your own body’.

His inspirational eloquence is like an ice sculpture — it seems impressive till it goes under the spotlight, and then it melts away until there’s no substance to it at all.

There isn’t much real substance to this whole format. 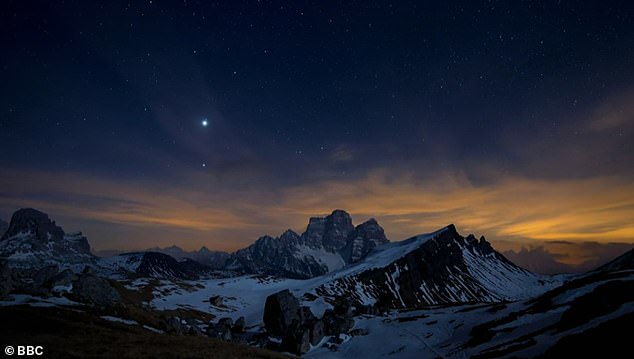 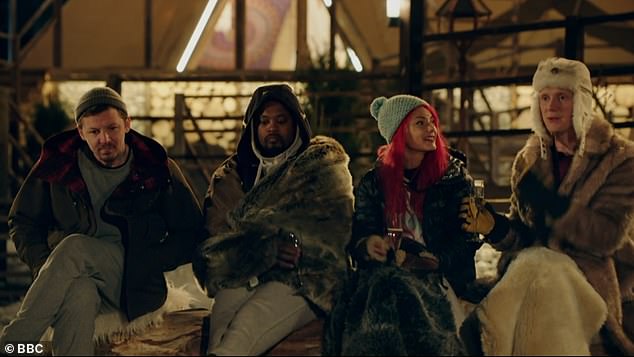 Wearing bathing costumes, they jumped one by one, still in slow motion, into the freezing water. Their reward was a hug from Wim and lots of whoops from Holly.

Others enjoyed it less. Gabby, 48, who said she was there to prove ‘middle age is not beige’, had difficulty breathing for several seconds after she emerged.

Clearly, throwing yourself through an ice hole is fundamentally unwise, and the presenters warned us repeatedly not to do it ourselves.

But after half an hour of watching celebs get cold and wet, and another half hour in which they abseiled, one at a time, down a cliff, I had to go and take a cold shower just to wake myself up.

You have to be wide awake to catch even half the jokes in the wonderful Derry Girls (C4), a sitcom that flings gags at us from every angle. 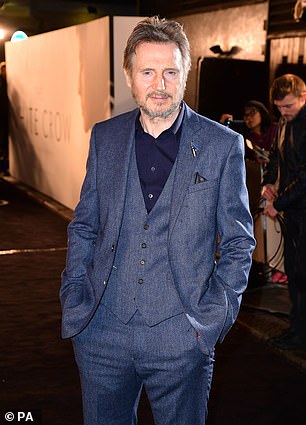 Liam Neeson made an appearance in the sitcom Derry Girls, an unmissable satire

Maybe you have to come from Northern Ireland to spot all the in-jokes, though some of the satire is unmissable — like the line about how many Catholics serve in the province’s police force (‘Three, if you count the Jewish fella.’).

Other jokes are far more fleeting and subtle, with lots of references to 1990s movies and pop.

Borrowing Braveheart from the video library, the girls argue about whether star Mel Gibson, in his kilt and blue facepaint, is actually a drag queen: ‘He’s wearing a skirt and a full face of make-up.’

‘For the benefit of the tape,’ Erin (Saoirse-Monica Jackson) kept interjecting.

‘There is no tape,’ Liam repeated wearily.

One of the many joys of this show is that it can evoke its era so well, yet send up a modern-day crime show at the same time. Simply genius. 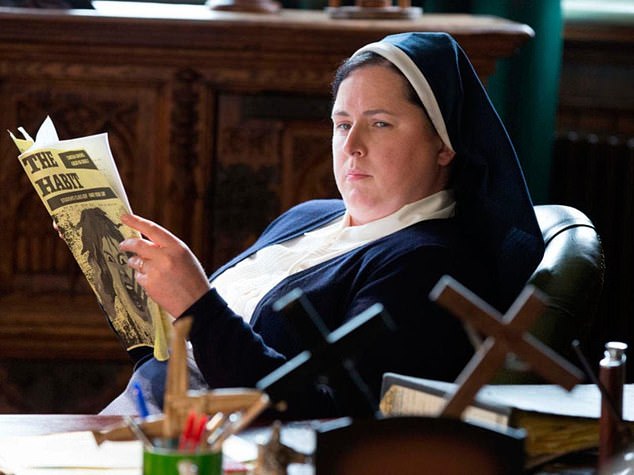 The show contains many in-jokes which may be missed by an audience that didn’t spend a childhood in Northern Ireland, with many coming from the deadpan Saoirse-Monica Jackson