On Thursday he revealed he had gotten bleached blond braids.

But it appears that Aaron Carter is already ready for change as he took to Instagram on Sunday to show off his bright pink hairdo that his stylist Jordan Alexander helped him create.

The rapper, 32, shared a side-on snap of his new look, as he pulled his braids up into a tight bun over his head. 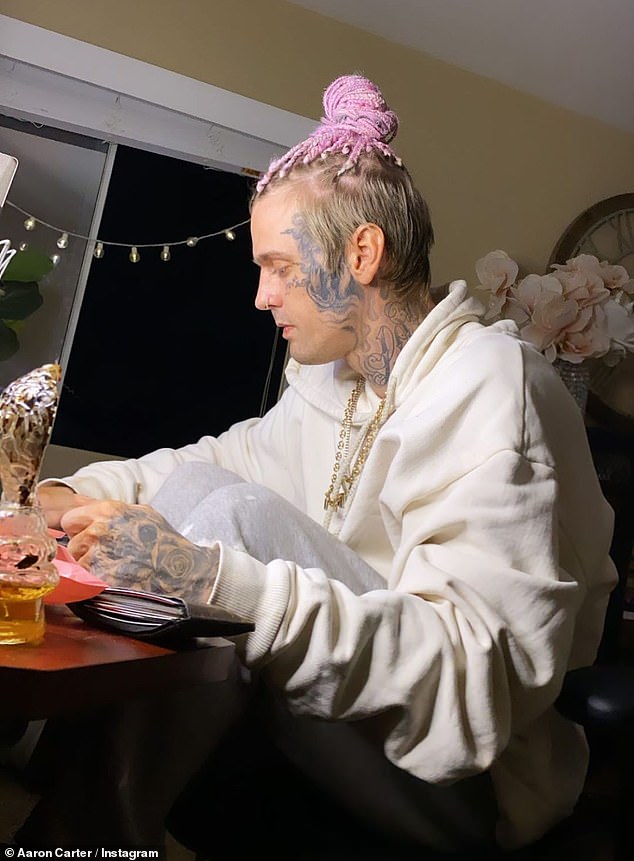 Changes: Aaron Carter showed off his newly-dyed pink braids as he changed up his look on Sunday, after having a blond hairdo last week

Aaron was pictured sat at a dining table enjoying a drink as he busied himself with other things during the candid shot.

While his braids had been dyed cotton candy pink, his natural hair was still bleached blond and was cut into a short style.

The musician kept things casual for his time at home, as he donned a loose-fitting white hoodie over grey jogging bottoms. 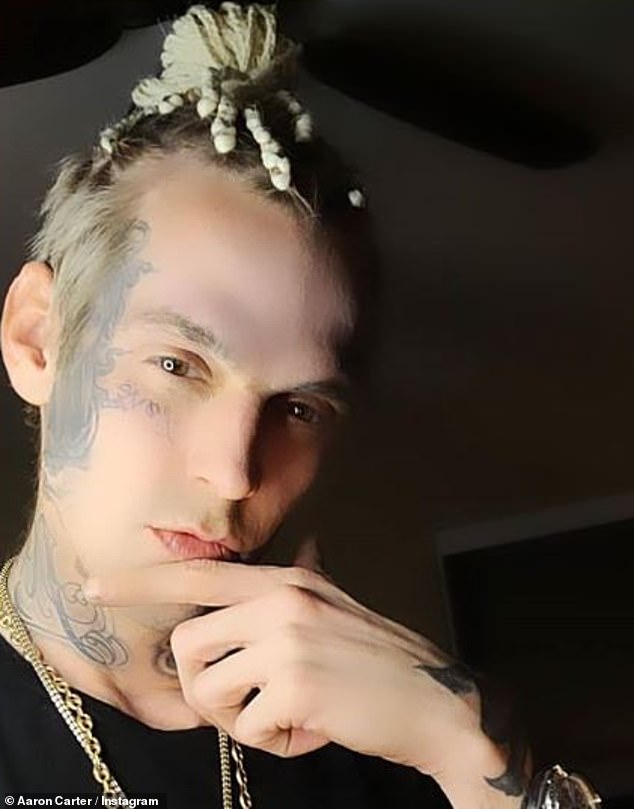 Changing things up: On Thursday Aaron revealed he had gotten bleached blond braids 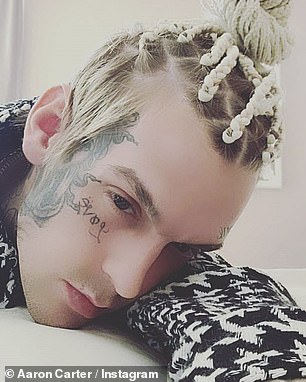 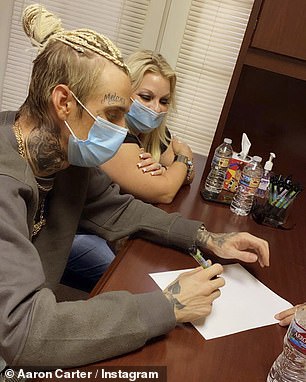 Hairdo: Aaron appears to enjoy wearing his braids in a tight bun atop his head

Aaron made records last month with an X-rated performance where he, among other things, sang and played a guitar naked.

Taking to Instagram at the time, the I want Candy hitmaker teased his first live performance with his 507,000 followers. 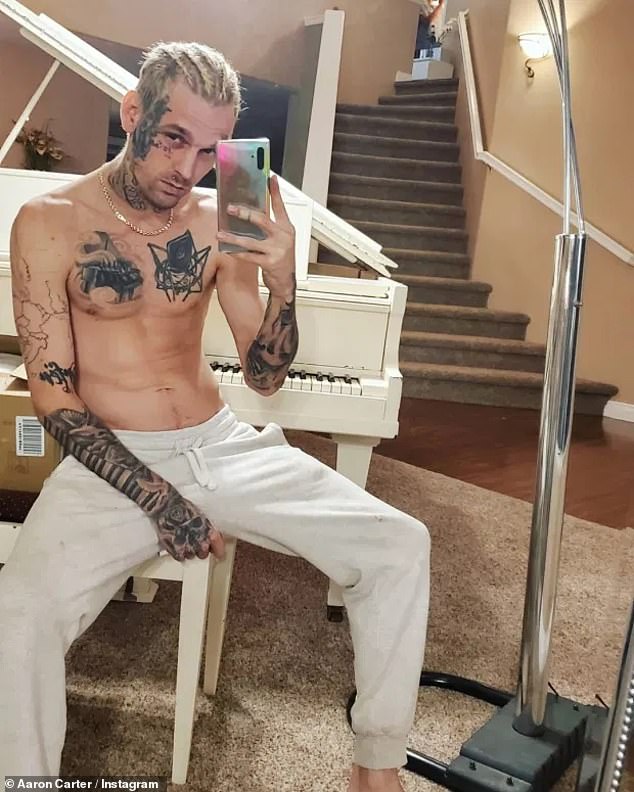 In the post, the younger brother of Nick Carter highlighted his tattooed torso and abs as he lifted up his blue T-shirt for the mirror selfie.

Although he gave little away in the caption, a rep for the adult website CamSoda told Page Six that Aaron would ‘eat bananas teasingly and peel some with his feet’ during the performance. 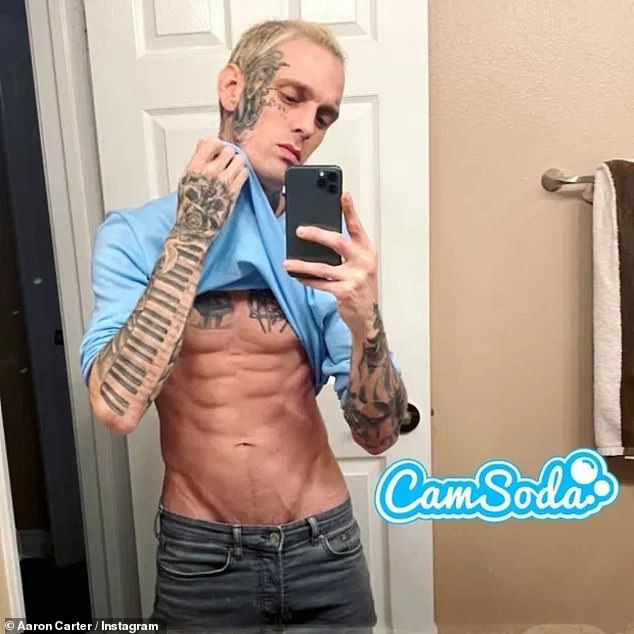 New venture: Aaron made records last month with an X-rated performance where he, among other things, sang and played a guitar naked