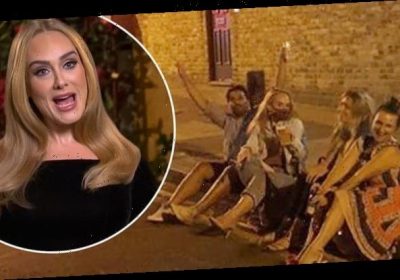 ‘Making our own fun’: Adele clutches a pint of beer and a cigarette as she parties with her pals on London curb in unseen 2020 snap

She had a low-key 2020, mostly away from the spotlight.

But Adele made fun where she could amid the coronavirus pandemic, as a new unseen snap shows.

The singer’s best friend, writer Laura Dockrill, shared a photo of the star and their friends enjoying a pint on the pavement as part of her New Year’s Eve photo roundup on Instagram. 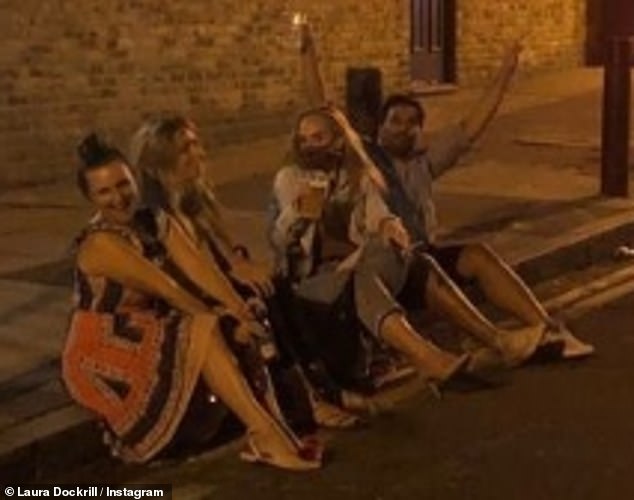 Cheers! Adele made fun where she could amid the coronavirus pandemic, as a new unseen snap from 2020 shows her drinking a pint on a London curb with her pals

Captioned ‘making our own fun,’ the snap shows Adele displaying her 2020 weight loss, sitting with Laura and two other pals with a pint and cigarette in hand.

Wearing a face mask, the superstar looks glam in heels and cropped trousers as she toasts the camera with her friends.

Adele and Laura became friends when they both attended the BRIT School and remained pals despite a fleeting falling out which inspired Adele’s track My Same.

London-born Adele spent 2020 between her homes in the UK and Los Angeles. 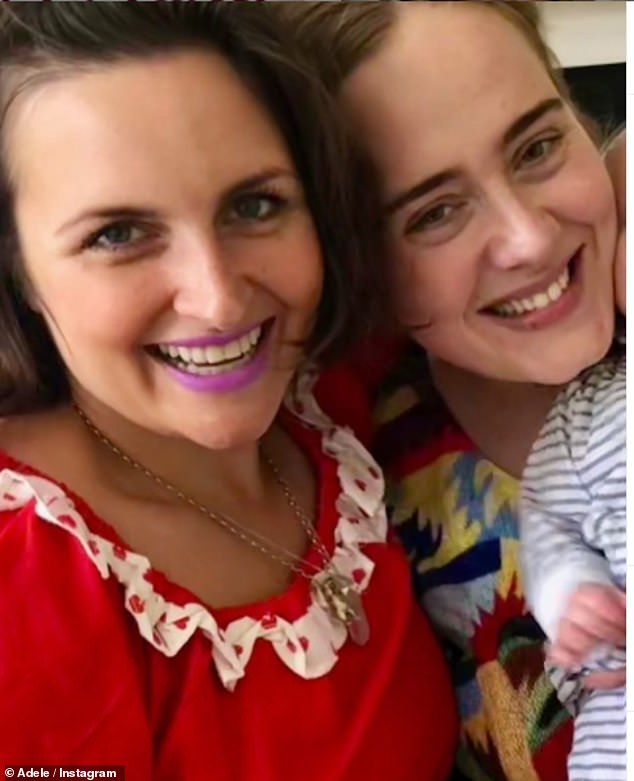 BFF: The singer’s best friend, writer Laura Dockrill, shared a photo of the star and their friends enjoying a pint on the pavement as part of her New Year’s Eve photo roundup on Instagram 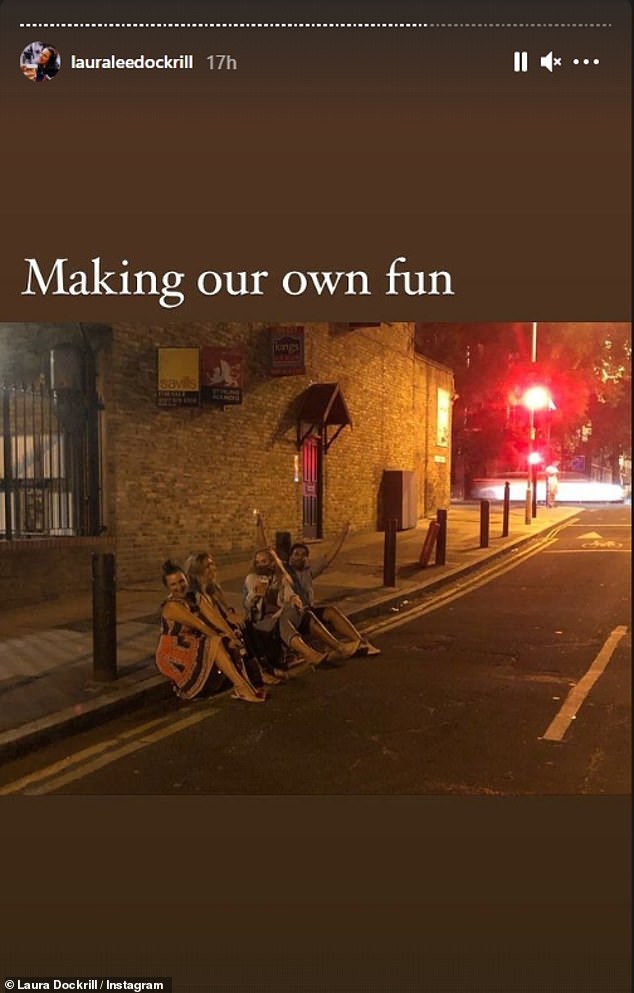 Memories: Captioned ‘making our own fun,’ the snap shows Adele displaying her 2020 weight loss, sitting with Laura and two other pals with a pint and cigarette in hand

But it has been reported that the singer has moved home to London recently and laid down some initial tracks for her upcoming new album, in a top secret recording session in the capital in early December.

The news comes from drummer Matt Chamberlain – of band Pearl Jam – who told the Eddie Trunk podcast on SiriusXM: ‘I just got to work on some new music for Adele.

‘To hear that voice in my headphones was getting me chills. It was just so powerful and emotive. You know her voice, but to be across the room from somebody doing that, it’s just insane. 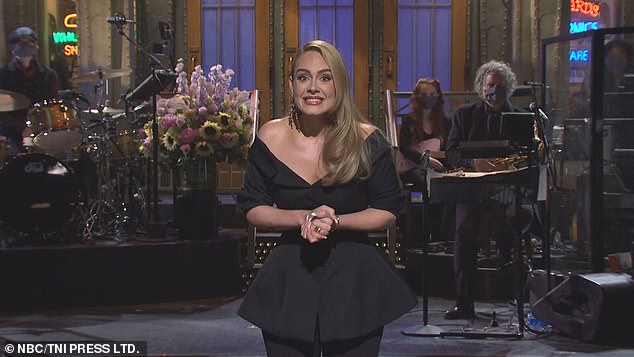 Back at home! Adele reportedly returned to London from the US ahead of the second lockdown in November to work on her fourth studio album

‘You hear it on the radio and whatever and you go, “Yeah, it’s really good”, but to be in the room with these people and feel that energy, it’s just so heavy.’

Her last single release was 2016’s Water Under The Bridge, which was in fact Adele’s lowest-charting track from 25.

It was first  reported In November that Adele had returned to London from the US ahead of the second lockdown to work on her fourth album, which fans speculate will be titled 30, 31 or 32. 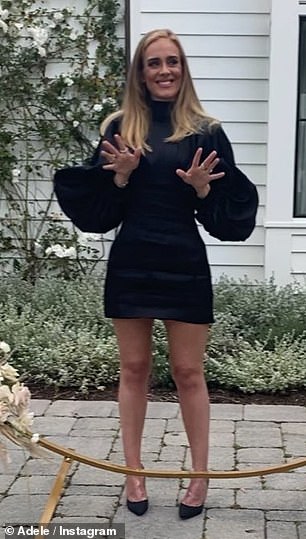 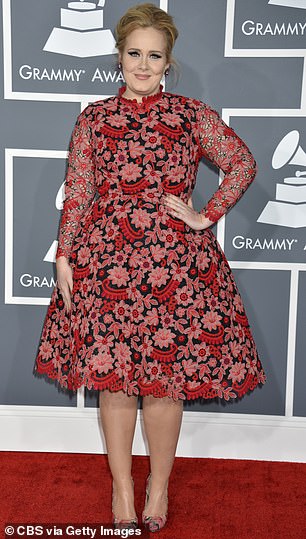 Figure: The star is reportedly in a good place both ‘physically and mentally’ following her dramatic weight loss (pictured left in 2020, right in 2013)

She had been residing in Los Angeles since the start of the COVID-19 pandemic and was reportedly seen meeting a friend at the Chiltern Firehouse in the capital.

According to The Sun on Sunday, Adele chose to move back to London so she could focus on completing her fourth album, which is now expected to be released in 2021.

A source told the publication: ‘Adele wants to lay low while she’s here, which is easy with shades and a face mask. 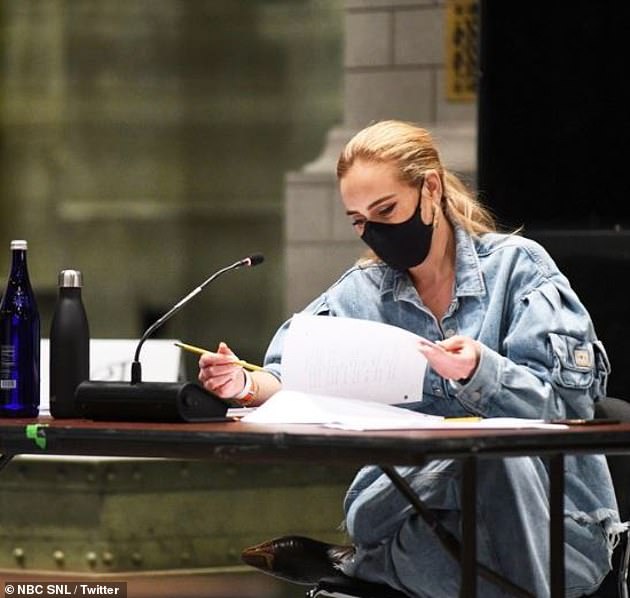 Finishing touches: The singer allegedly flew back to the capital after her lauded hosting stint on Saturday Night Live in late October [pictured] to focus on her music

‘People don’t recognise her like they used to anyway. She’s not been able to release new music yet and she’s totally focused on that and getting each track just right.’

‘She still has a network of people she works with and links up with when she is over here.’

In late 2020, Adele, who has also wowed fans with her seven-stone weight loss, hosted Saturday Night Live in the US, and teased that she would reappear next year with new projects. 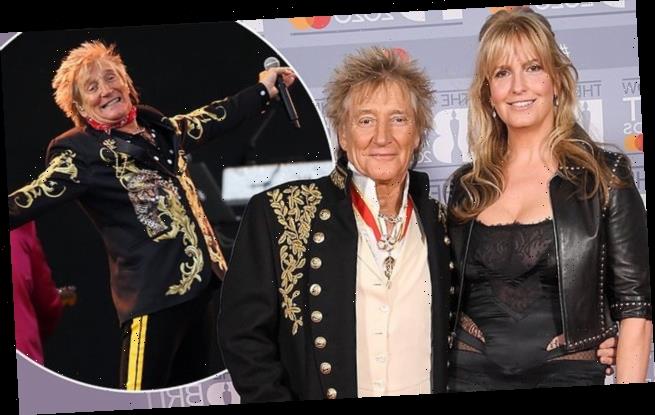