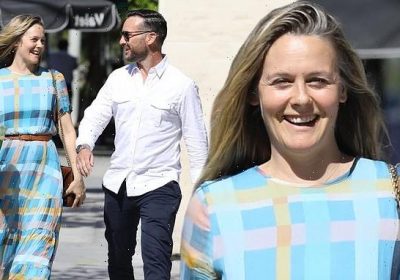 She has been divorced since 2018 after her 13-year-marriage to musician Christopher Jarecki fizzled out.

And Alicia Silverstone, 44, seemed to be dipping her toes back into the dating pool, as she was spotted on a lunch date with a hunky mystery man.

The Clueless actress looked smitten as she made her way out of trendy West Hollywood eatery Urth Caffe while beaming from ear to ear. 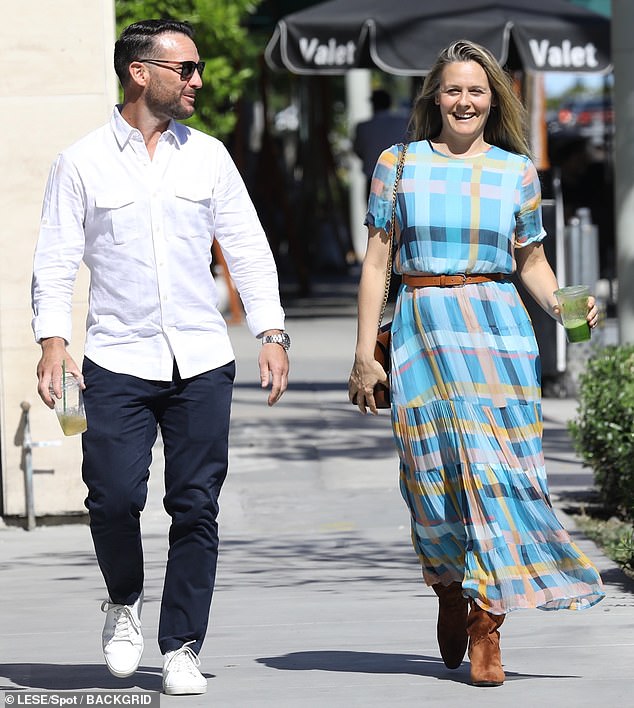 Back in the game: Alicia Silverstone, 44, looked smitten as she grabs lunch with a hunky mystery man at Urth Caffe in West Hollywood

For her apparent day date, the mother of one leaned into warmer temperatures as she looked flirty in a multicolored prairie dress.

She accessorized the checkered frock with a pair of brown suede boots and belted the dress at the waist.

The Kind Diet author threw a matching brown purse around her shoulder and made her way out with a green juice in hand.

And her mystery suitor looked smart in a pair of navy slacks with a crisp white button down and white sneakers. 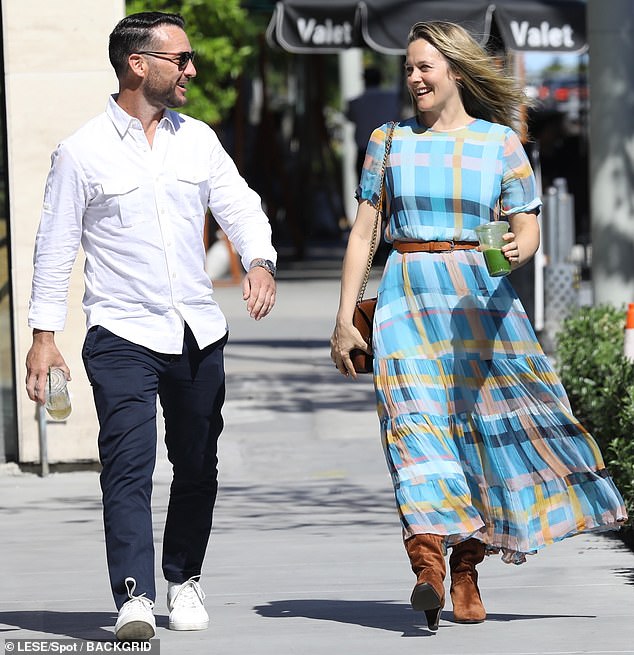 Laughs over lunch: The Clueless actress seemed to beam from ear to ear as she sported a flirty colorful frock and made eye contact with the handsome gentleman

The two looked to have had lots of laughs over lunch as they kept the conversation going while walking down the street.

The outspoken vegan still remains friends with her ex-husband and they co-parent their son Bear, nine, expertly according to her.

‘Bear and his daddy and I flow really well together,’ she said last year in conversation with TODAY, adding that when it comes to navigating a split household, they leave the choice to him. ‘We ask Bear where he wants to be,’ she said. 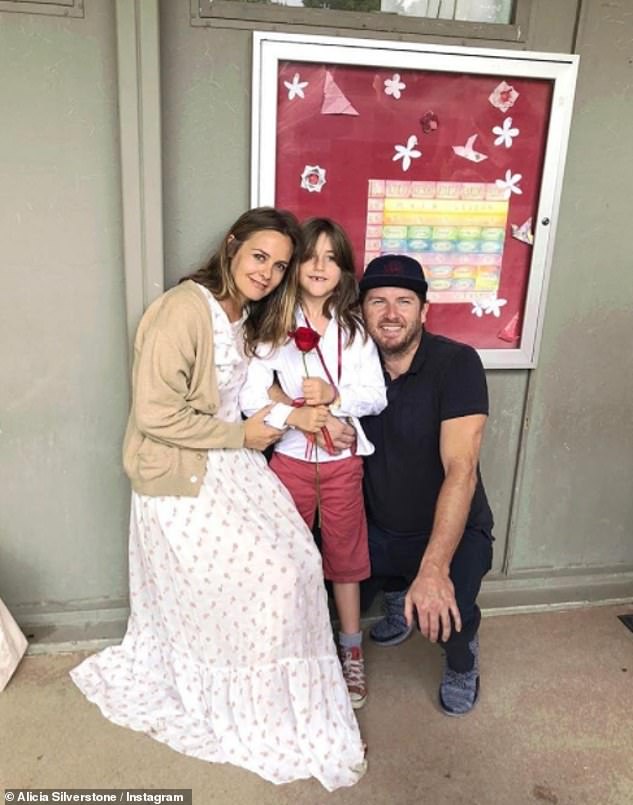 Finding the balance: Though she and Jarecki split in 2018 she said they have an amazing co-parenting relationship as she told TODAY that they ‘flow really well together’; pictured 2018

And she has been open about her unconventional style of parenting, which includes no antibiotics for her son — who she called the ‘example of health’ — and as of last year she and Bear still shared a bed.

Recently Alicia took her vegan crusading to the corporate level as she demanded on her wellness blog The Kind Life that Starbucks remove the surcharge on vegan milk. She had first made the argument back in 2019.

‘These charges may seem small, but they penalize customers who are making humane and environmentally friendly choices,’ she wrote.

‘It also penalizes people for issues they can’t control, like being lactose intolerant—which affects 65 percent of the population, predominantly people of color.’ 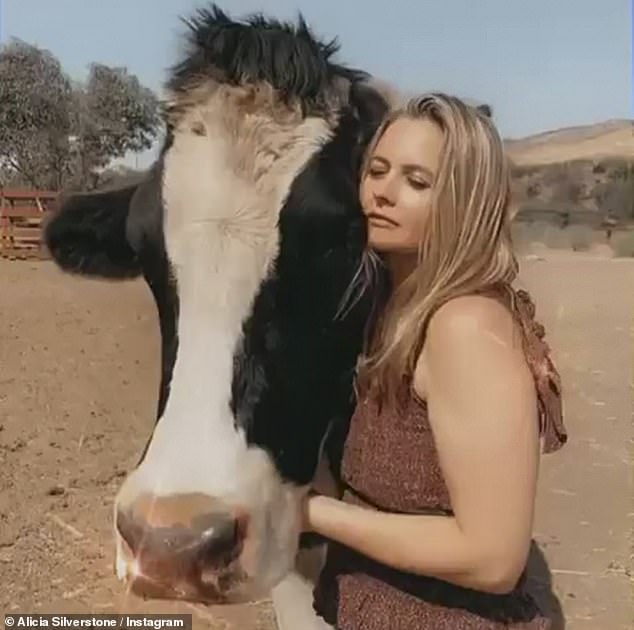 Vegan activist: Though she still acts, Alicia has dedicated much of her life to veganism and animal activism and in her blog The Kind Life she penned a recent note about Starbucks removing the surcharge for vegan milk; pictured January 2021