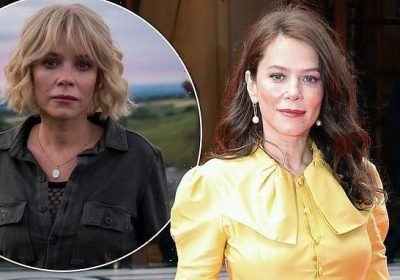 Anna Friel has revealed she started getting therapy while in lockdown.

The actress, 44, spoke candidly in David Morrissey on his Who Am I This Time? podcast on Wednesday, and admitted her therapist was shocked she’d never spoken to someone before despite her past as a child actor.

Reflecting on her experience, she said: ‘On the second one [lockdown] I’ve started to get a little bit itchy feet and thought, “Oh God, it’s groundhog day, it’s the same, it’s the same,” but you know people are suffering so much more. 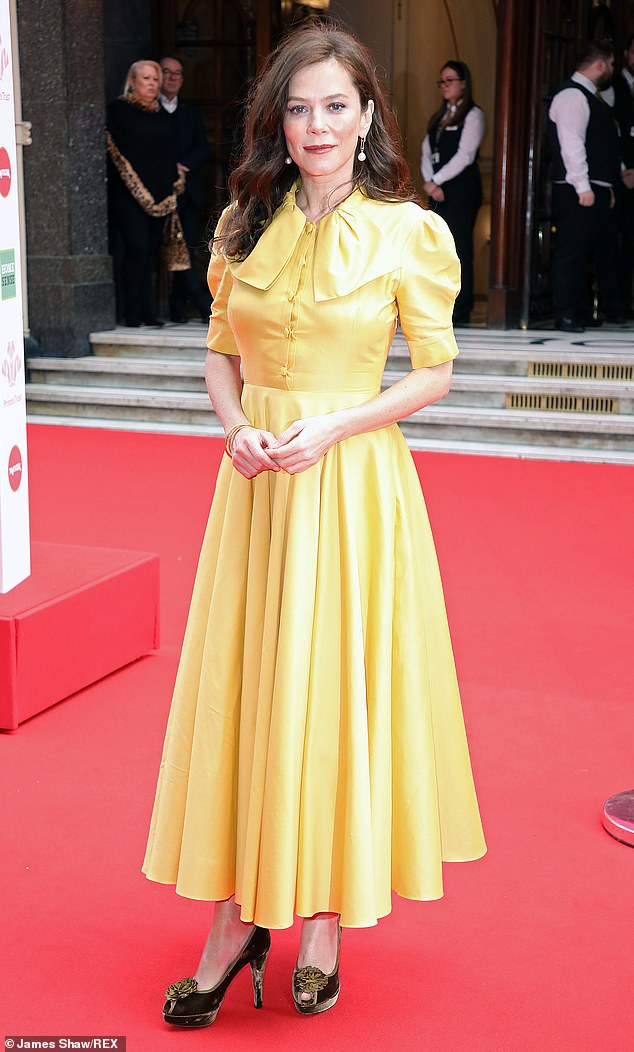 Candid: Anna Friel revealed on Wednesday she started therapy in lockdown and admitted her therapist was shocked she’d NEVER done it despite her past as a child actor (pictured in 2020)

‘I started to meditate, and I’d never had therapy in my life until about eight weeks ago for the very first time.

‘She couldn’t believe it. She said, “You’re a child actress and it’s the first time you’ve had therapy at 44 years old?” “Yep, I think I’m thinking too much. I’m overthinking everything.”‘

The Marcella star also reflected on how lockdown impacted other aspects of her life, including her relationship, which she revealed had ended in December. 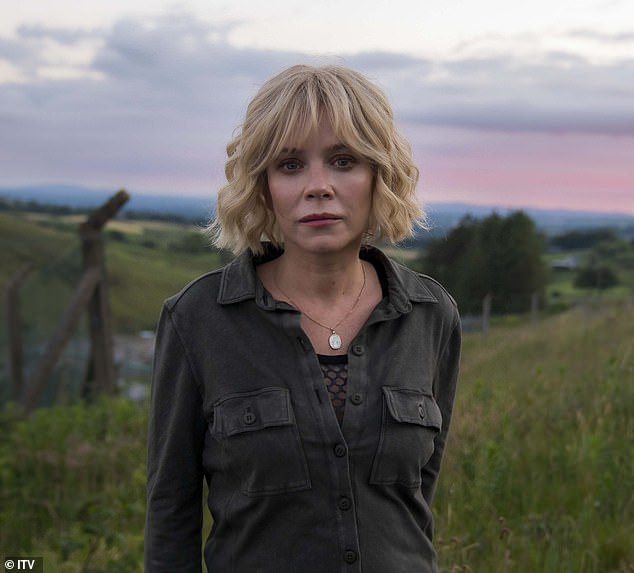 Seeking advice: Reflecting on her experience, Anna (pictured in Marcella) said: ‘I’d never had therapy in my life until about eight weeks ago for the very first time. She couldn’t believe it’

She said: ‘You’re so driven by your work and you realise, particularly with this lockdown for me, it’s the first time I’ve ever stopped for this long and really resetting and re-evaluating what’s been my driving force.

‘Have I given as much to my relationship as I have my work? I know I have [given as much] with my child, because she’s always been there.

‘They do need work and time, just as much as your job does.’

Anna went on, ‘I think I was scared to stop and I wasn’t really dealing with things. I’d be subconsciously pushing them somewhere and letting them come up ready for the next character and thinking, ‘You have to be in a certain mindset, otherwise I won’t be able to do it.’ 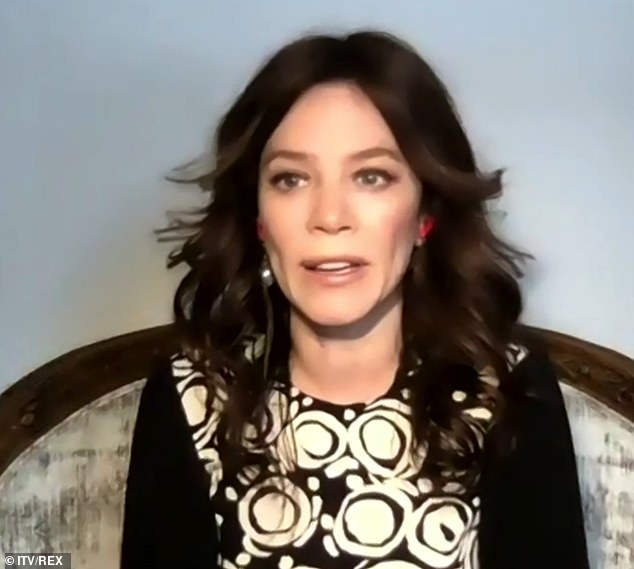 Honest: The Marcella star also said of lockdown, ‘It’s the first time I’ve ever stopped for this long and really resetting and re-evaluating what’s been my driving force’ (pictured in January)

‘If 30 years in I haven’t learned my craft, there’s something quite wrong. It’s more about balance and shifts.’

In December, Anna spoke with You magazine about her romance woes, saying: ‘A relationship I was in for four years broke down after about the first two weeks…

‘When we went into lockdown, I remember thinking: “God, there’s going to be so many people breaking up during this.”

‘While I like to keep my private life incredibly private, I think there’s going to be such a fallout at the end of all this that it’s important to say, “I’m human, it happens to all of us and it is difficult.” ‘ 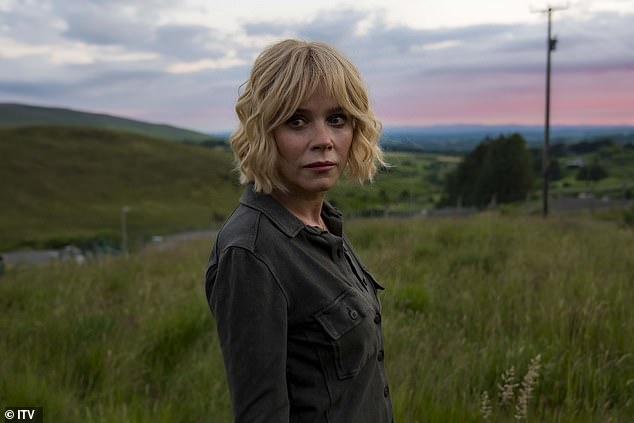 Struggle: Anna said lockdown made her reflect on ‘have I given as much to my relationship as I have my work? I know I have with my child, because she’s always been there’

Friel, who shot to fame as Beth Jordache in Channel 4’s Brookside before carving out an award-winning career in TV, film and stage, did not name her former partner, but in recent years has been linked to Regimental Corporal Major Mark Jaworski, 42.

Emmy award-winning Friel started going out with Jaworski  in 2018 after they met at a charity dinner in Windsor, where he served with the Life Guards Regiment of the Household Cavalry at Combermere Barracks, while Princes William and Harry were members of its Blues and Royals section.

Jaworski served with distinction in Iraq and Bosnia and colleagues describe him as a ‘born leader’ with expertise in close-quarters combat and weapons training.

He was promoted last year and now teaches recruits at the Army Training Centre in Pirbright, Surrey. The 6ft 2in soldier split from his wife in 2007.

She has used the time at her home in Windsor with 15-year-old daughter Gracie, from her relationship with actor David Thewlis, to reflect on her life.

‘Maybe I’m being more reflective because you don’t normally have time to stop and analyse these things. You just keep moving,’ she said. ‘Now you can really overthink stuff, so nothing feels without worry.

‘Even if you’re in a relationship, some of my friends are still suffering from extreme loneliness because they’re used to a life of being busy.’ 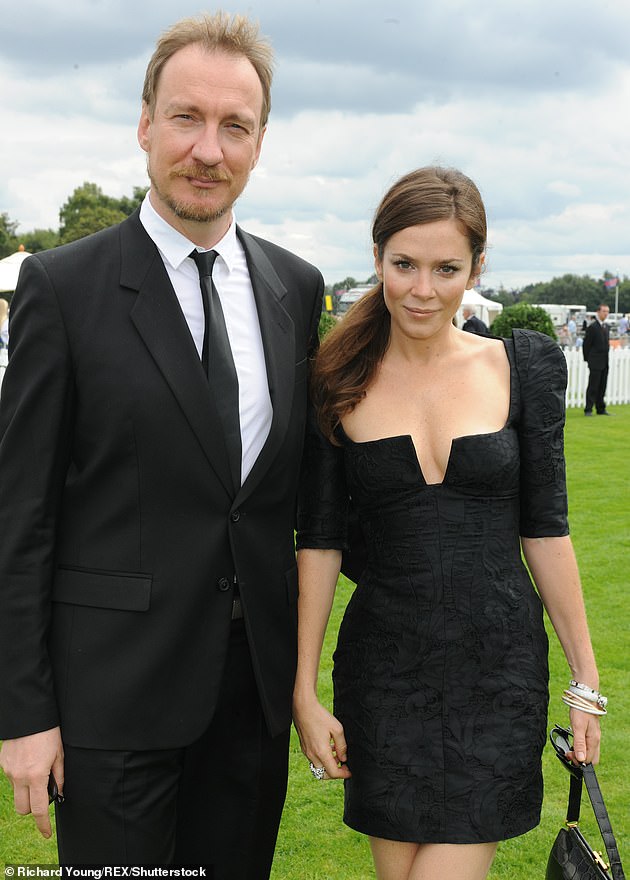 Relationships: Anna dated Harry Potter actor David Thewlis, with whom she has a 15-year-old daughter, for nine years and later courted Rhys Ifans (Above, Friel with Thewlis in 2009)