Home » Celebrities » Anne Hathaway: ‘There is tremendous pressure to be likable when you are a woman’

Anne Hathaway: ‘There is tremendous pressure to be likable when you are a woman’ 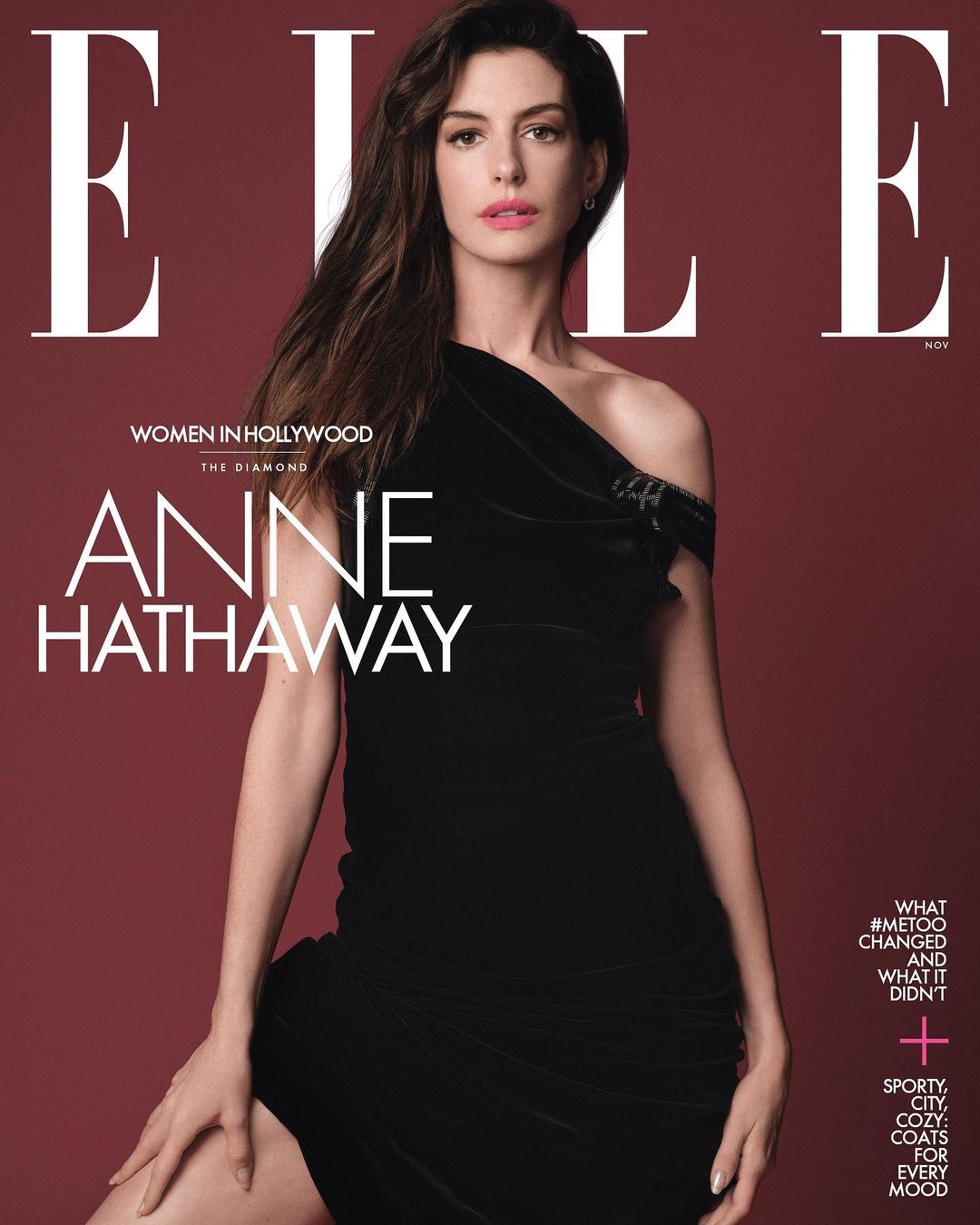 Elle Magazine’s annual Women in Hollywood issue always features multiple covers and multiple cover interviews. Anne Hathaway is one of the WiH honorees, and she has an awards-bait film this season, Armageddon Time. Anne is currently flourishing – she’s an in-demand actress, an in-demand fashionista and she’s mom to two little boys, Jonathan and Jack. The days of “Hathahate” are over and everyone now sees Anne as one of the best actresses of her generation. You can read the Elle piece here. Some highlights:

Her show-stopping red carpet moment at Cannes this year: “You plant seeds in your life and then there come these moments where you harvest them—Cannes felt like a little bit of a harvest. In the beginning of my career, I was so worried about messing up that I missed a lot of great moments because I was so stressed out. I’m at a point in my life now where I know having a first time at something remarkable like that—it’s the only time it ever happens. And being in a place where I could enjoy it felt like a really positive development.”

The Hathahate a decade ago: “I have worked too hard on seeing myself with kinder eyes to give away my peace to those who haven’t found it for themselves yet. So I do my best to not be afraid of what others might say and just focus on enjoying my life.”

On the role that changed it all: “The Princess Diaries, of course. But actually, the role that changed everything, above all, was Rachel Getting Married. In my life and my career. Because [director] Jonathan Demme showed me the type of person that that I wanted to be, the type of artist that I wanted to be, and the type of life that I wanted to build. I hadn’t really had clarity on that before. And that part—I’d never played a lead like that. It was my first time playing someone complicated, where I got to bring my fullest understanding of compassion to playing someone who’s really tricky. I found that’s actually my favorite type of role to play: somebody who other people have kind of given up on, and then I get to love them and show them to the world. I’d been a sweet actress. I’d been a cute actress. I’d been a fashionable actress. But suddenly, I was a real actress.”

On working on the all-female Ocean’s 8: “My first day of shooting was the day after the 2016 election. We all got our hair and makeup done in the morning and then watched Hillary’s concession speech—and then cried, and then redid our hair and makeup, and then worked a 20-hour day. Because women are really tough. I remember looking around going, Wait, why have I never been here before? Like, why has it taken this long into my career to have this many women on set? And then I remember having a distinct feeling: Oh, this is what it’s like to be a man in Hollywood. Wherever they go, they’re in a pack; there’s so much ease in this. And I just wanted more of it. I thought, I have to make this an intention in my career. To work with other women and to create opportunities for as many women to work together.”

Her only-in-Hollywood moment: “I had to have eye surgery, and when I came out of it, one of the nurses was like, ‘Oh, look who’s right next to you.’ And it was Jane Lynch. I was hopped up on the drugs, and I was like, ‘Well hello, Jane Lynch!’ And she was so warm, and I think we were both high. It was just one of those moments—only in Hollywood do you come out of surgery and see one of the funniest women in the world next to you. It was instant love. I wanted to ask her so many questions, but I couldn’t manage any words other than hello.”

On ambition: “I am ambitious, and I think that’s great. When you are not born into the life that you would like to have for yourself, you have to be ambitious. I have a very easy relationship with it. I love that I’m hardworking. I love that I know how to be professional. And I love that I have really big dreams and goals for myself. Where it falls for me is that men are by and large defined by their work, their talent, and the success they create. And if a successful man is in any way less than likable, he is given greater latitude to just exist as himself. I feel like there is tremendous pressure to be likable when you are a woman, or you risk being misunderstood and mistreated. And I think women are punished more harshly for their perceived transgressions. Female ambition is more often perceived as transgressive.”

On #MeToo, five years later: “We’ve seen the beginning of the industry becoming safer. It requires constant vigilance, particularly because we are still at the beginning and because we have such a long way to go, but the removal of the worst actors was a really significant step. The creation of space for women’s voices, and then the recognition that the first voices that were favored were usually white—that needed to be corrected as well.”

“I feel like there is tremendous pressure to be likable when you are a woman, or you risk being misunderstood and mistreated.” That’s true of Hollywood and every profession, really. Even in corporate America and in politics, women have to be likable (but not too likable), ambitious (but not too ambitious), smart (but not too smart), pretty (but not too pretty). It’s insane. Anne has dealt with that since she was like 20 years old too, as soon as she became Princess Mia, there was an expectation that she had to be safe, likable, a certain kind of movie star. Although I agree with her, Rachel Getting Married changed everything for her. That was the first film I saw with Anne where I thought “oh wow, she’s a real actress.” 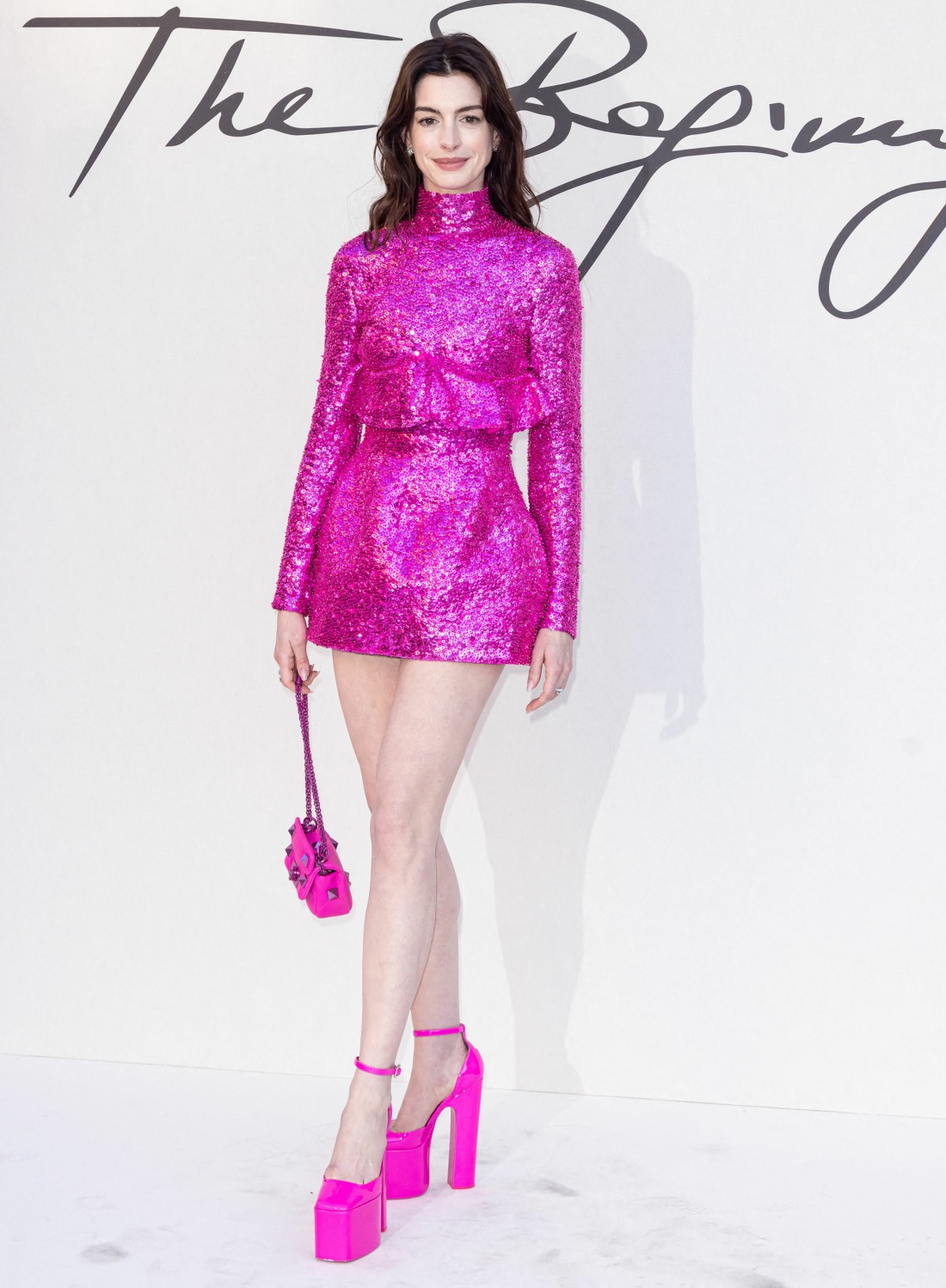