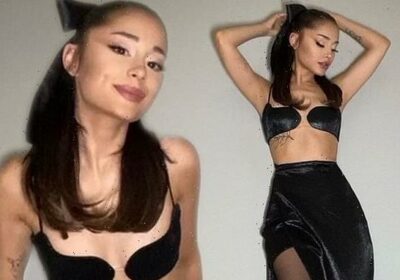 Her brother Frankie Grande and his partner Hale Leon got married in an intimate Star Wars–themed ceremony that was appropriately held on May 4, or Star Wars Day.

And his pop star sister Ariana Grande made sure to bring her fashion A-game for her big brother’s big day.

The singer, 28, wowed in a custom Vera Wang crop top and skirt, showcasing her petite form. 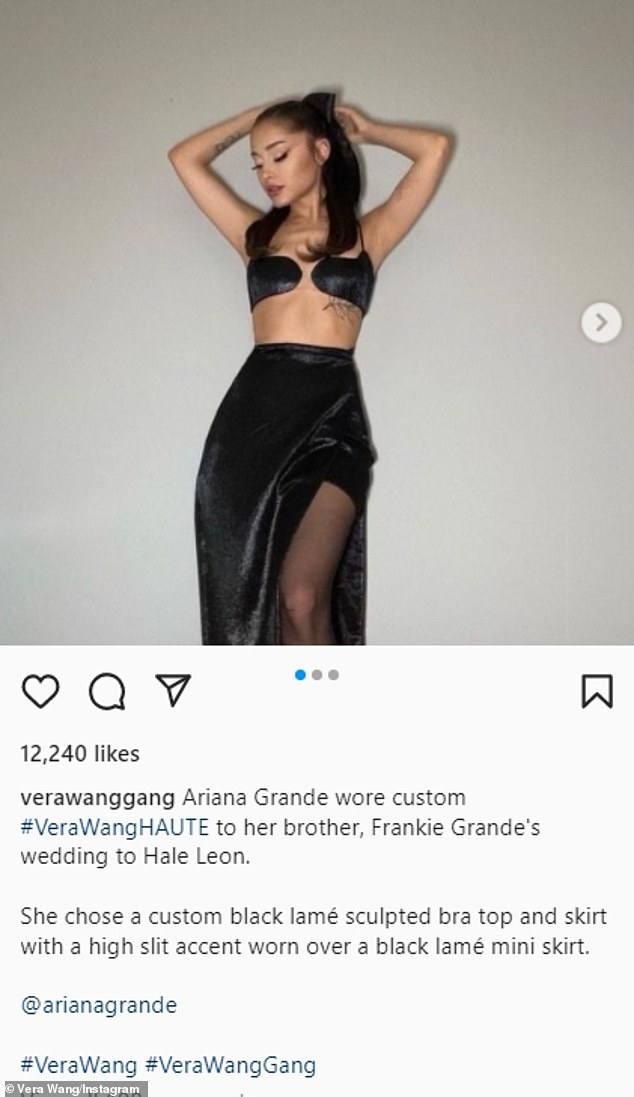 Wow: Her brother Frankie Grande and his partner Hale Leon got married in an intimate Star Wars–themed ceremony that was appropriately held on May 4, or Star Wars Day. And his pop star sister Ariana Grande made sure to bring her fashion A-game for her big brother’s big day

Ariana highlighted her flat midriff in the glamorous look, which consisted of a crop top with a maxi skirt and tights.

Ariana styled her hair with a big bow on top, opting for half up, half down tresses; se sported cat eyes and mauve hued lipstick to round out her look.

Frankie, 39, and Hale wed at Frankie’s ‘family home’ in Florida on May 4, 2022 while surrounded by a bevy of playful characters from a galaxy far, far away. 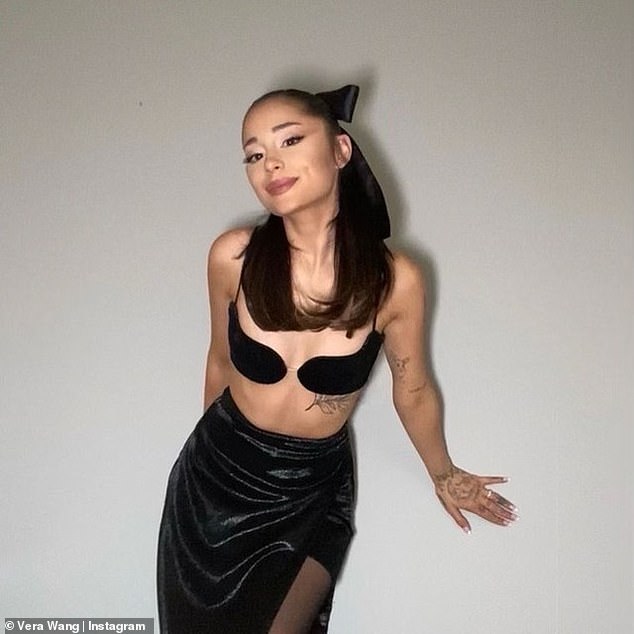 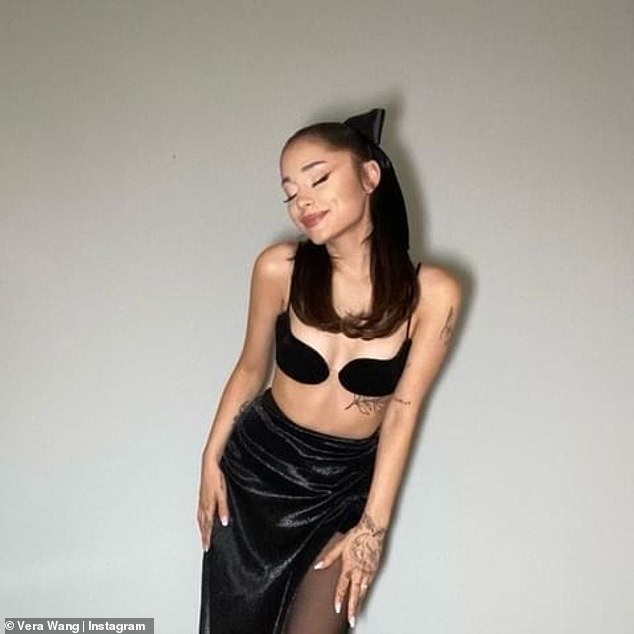 Cute: Ariana highlighted her flat midriff in the glamorous look, which consisted of a crop top with a maxi skirt and tights

The couple were married in contrasting Dolce & Gabbana tuxedos, with Frankie opting for an opulent white lace design with peaked lapels and a large satin bow tie, along with silver sequined shoes that complemented his bleached blond hair.

He wore a silky white shirt under his jacket, along with a jeweled gold belt. 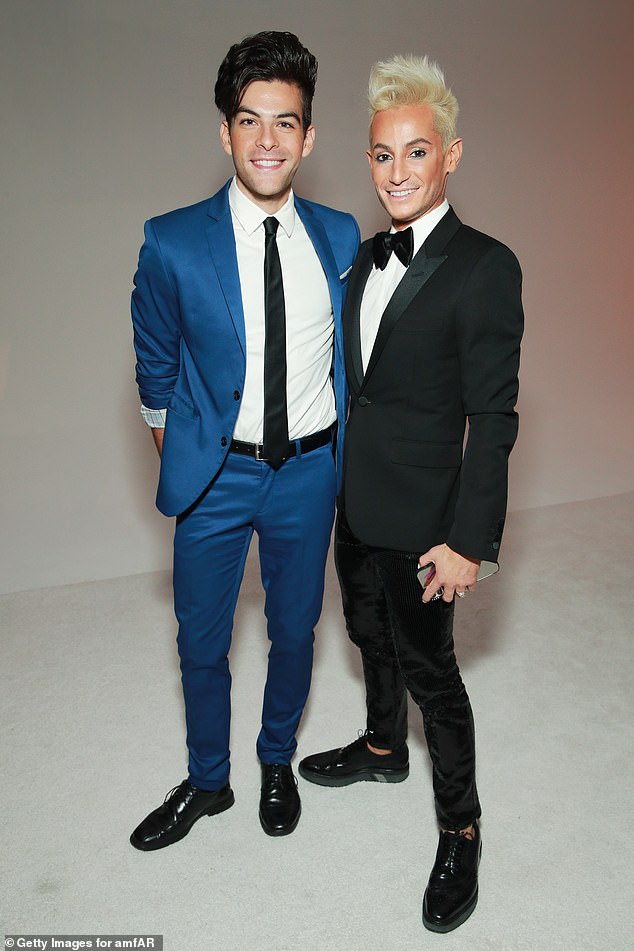 Newlyweds: Frankie Grande, 39, revealed on Tuesday that he and his actor beau Hale Leon got married the week before on May 4; seen in 2019 in LA 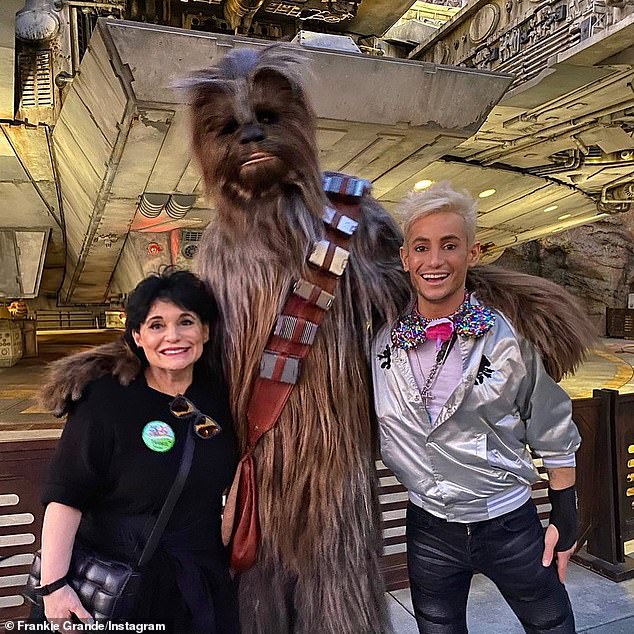 Themed wedding: The couple celebrated a Star Wars–themed wedding at Frankie’s home in Florida on ‘May the 4th to you,’ known as Star Wars Day; Frankie seen with mother Joan Grande

The lovebirds leaned in for a kiss in one photo while holding their champagne flutes full of apple juice, with their towering blue space-themed cake in the background.

Their reception appeared to have been held in a room with a hypnotizing space-like scene painted on the ceiling.

Several of the guests stuck to the Stars Wars theme by donning costumes; there were several storm troopers and a Darth Vader, along with a furry Chewbacca and a woman dressed as Princess Leia when she was imprisoned by Jabba the Hutt in Return Of The Jedi.

The costumes were playfully augmented, with the storm troopers wearing bras and panties and tall platform boots, while Darth Vader was covered in strings of red lights. 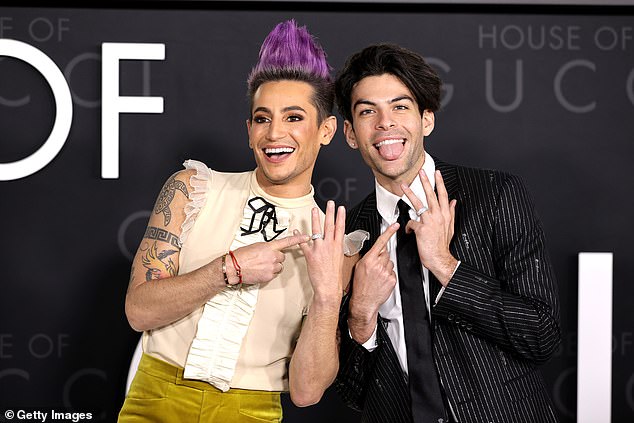 Dressed to the nines: The newlyweds wore contrasting custom Dolce & Gabbana tuxes for their big day, and they were joined by guests in Star Wars–themed costumes at the reception; seen in November in LA

‘Hale and I were married at a small intimate galactic ceremony in my family home in Florida on May the 4th be with you, cause we really are both that nerdy✨,’ he continued. ‘It was the most beautiful ceremony, officiated by my incredible mother, and it brought us even closer together as we took our vows before our immediate families and before God!’

Frankie previously promised that there would be two celebrations, and now he clarified that their friends would join them for a ‘Wedding Ball.’

‘We then followed our wedding with a joint bachelor party weekend of games with some friends and family and are currently on our mini-moon before I have to head to rehearsal for my upcoming show Titanique. And this is only the beginning of the celebrations as we are having a Wedding Ball with all our friends in the upcoming months!’ he wrote.

‘I can’t wait to share all of these amazing stories, pics and videos with you all slowly as we get them, but for now, let me just say I am the happiest I’ve ever been… I’m married to the man of my dreams, our families have merged together so beautifully, and we are well on our way to happily ever after. I love you Hale Grande. I am so so honored to be your husband.’ 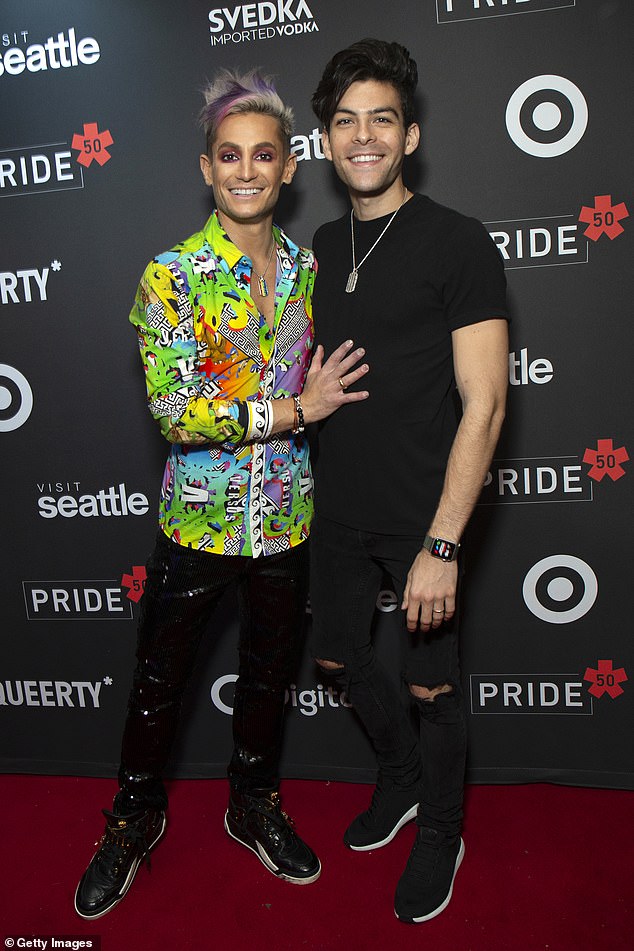 More to come: Frankie promised an upcoming larger celebration for their friends in future months; seen in 2019 in NYC

Ariana was emotional about the nuptials in a comment on his post: ‘Crying again ! I love you both so so very much,’ she wrote.

She also shared a sweet snap of Frankie and Hale kissing to her Instagram Stories.

‘Two very incredible and cosmically destined souls,’ she called them.

‘I love you both so much and am wishing you endless lifetimes of happiness and health and copious amounts of video games.

‘Hale, I adore you. you are the most happy-making and divine addition to all of our lives. thank you for loving him the way that you do. it’s all I’ve ever wanted for him,’ she wrote.

‘Crying again!’: Frankie didn’t mention if his sister Ariana Grande had been able to attend the wedding, but she was clearly emotional about the nuptials in a comment on his post 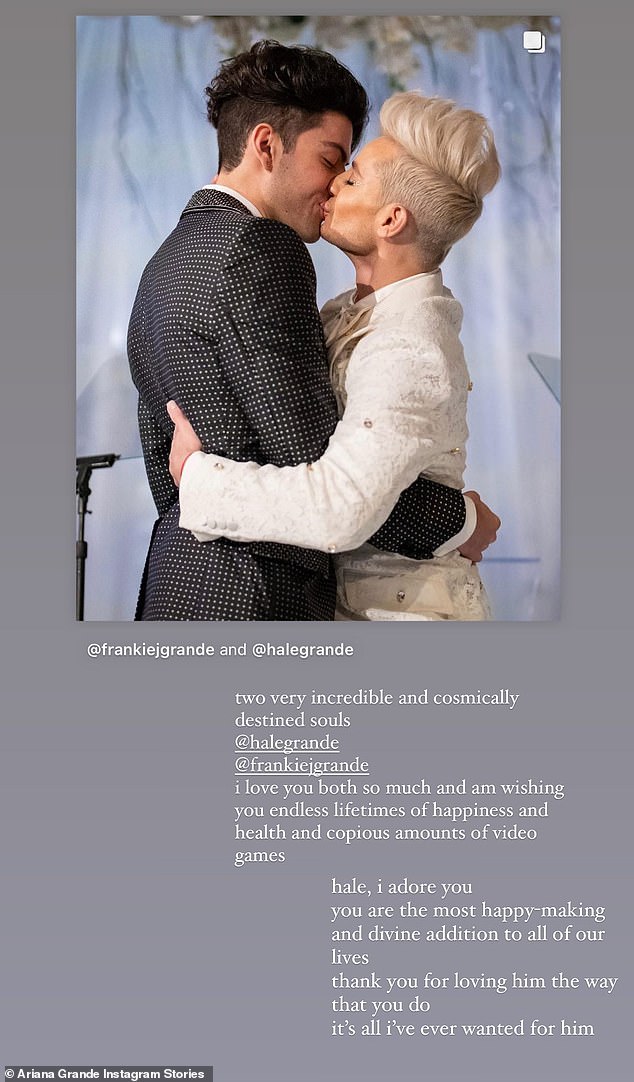 ‘All I’ve ever wanted for him’: She serenaded her brother’s husband in a sweet follow-up post in her Instagram Stories

Frankie and Hale have been together since 2019, and June of last year, Frankie proposed while the two were at the VR entertainment center Dreamscape in Los Angeles.

While the two were playing an immersive screen, text reading, ‘Will you marry me?’ appeared onscreen.

‘It was such a perfect, beautiful moment,’ Frankie told People after the proposal. ‘Hale was completely surprised and we both started crying tears of joy. I have been working on proposing to him in virtual reality for over a year and it was ABSOLUTELY breathtaking for us both.’