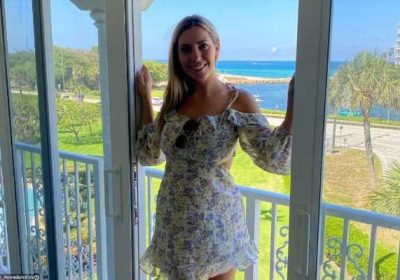 This is not the first time for the TV personality to clap back at haters commenting on her look as she addressed the comments about her appearance in an Instagram post back in February.

AceShowbiz -“The Bachelor” alum Victoria Larson never hesitates to hit back at haters. The self-proclaimed “Queen” responded to some haters, who criticized her after she looked different from her “Bachelor in Paradise” cast photo.

Taking it to her TikTok account on Monday, July 12, Victoria confidently said in a video, “Hit ’em with a plot twist anytime you want, sis. It’s your life and shout out to my Botox girl.” The former villain on “The Bachelor” continued, “I looked good both ways. Don’t get it twisted.”

Concluding the clip, Victoria, who now sports new lighter hair and seemingly more-chiseled face, blew a kiss to the camera. As for the caption, she wrote, “To everyone hating on my appearance.”

This is not the first time for the TV personality to clap back at haters commenting on her look. Back in February, Victoria, who competed in Matt James‘ season of “The Bachelor”, addressed the comments about her appearance in an Instagram post.

” ‘Omg her eyes are swollen’ ‘why doesn’t she do her makeup like this on the show’ ‘her body doesn’t look so great’ ‘she looks so much uglier on the show’ ‘she’s a catfish’ ‘such a bully’ ‘toxic’,” so she quoted some mean comments about her alongside a picture of herself. She added in the caption, “and that’s just a little about me.”

She also denied being a bully on the show in an interview back in January. “If my words or actions hurt anyone, I sincerely apologize and I’ll do better and hold myself accountable,” Victoria said during her appearance on “Good Morning America“. “I’m not a bully. I’m really not. I didn’t think my kindness really got to show through.”