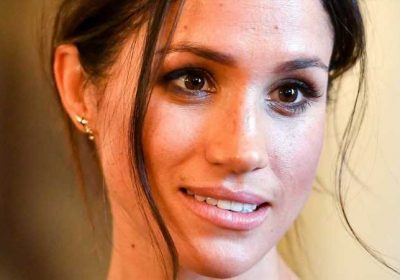 Meghan Markle and Prince Harry’s post-royal life has been filled with opportunities. After announcing their decision to step down from their roles as senior members of the royal family in January 2020, the couple said they planned to “work towards” being financially independent — and they have. Since moving to the United States, the Duke and Duchess of Sussex have made a deal with Netflix which will “pay them to make documentaries, docu-series, feature films, scripted shows and children’s programming,” per The New York Times. On top of that, they also signed a deal with Spotify to produce podcasts.

According to The Telegraph, Prince Harry will also serve as chief impact officer at BetterUp, a mental health start-up based in California. Sources say he took the job to “keep up with his wife,” who recently added “published author” to her resume. In May, Meghan announced she was releasing her first children’s book, “The Bench,” which “explores the bond between a father and son from the perspective of a mother,” per Insider. The book was published on June 8.

Keep scrolling to find out what the critics said about Meghan’s “The Bench” and how it performed on its first day.

Meghan Markle’s “The Bench” was inspired by a poem she wrote for Prince Harry’s first Father’s Day, one month after their son Archie was born. “That poem became this story,” she said in the press release (via People). “My hope is that ‘The Bench’ resonates with every family, no matter the makeup, as much as it does with mine.” According to the Daily Mail, the duchess’ first children’s book “failed to make the bestseller list in the U.K.” on the first day of its release.

The outlet did note that the book performed well in “more niche categories” on Amazon, including “Exploring the United States for Children.” However, some critics have deemed it “bland” while The Times’ Alex O’Connell described the book as a “self-help manual for needy parents.”

It seems like the success of “The Bench” will determine whether Meghan will continue to publish more books in the future, as sources told Vanity Fair’s Katie Nicholl the Duchess of Sussex does intend to write more. “Meghan loves writing and she’s very good at it. She wanted to have a go at writing a children’s book first and depending on the success of this, there will be more,” Nicholl explained. “She is also keen to write books for adults too.” It seems time will tell whether we ever see those other books.