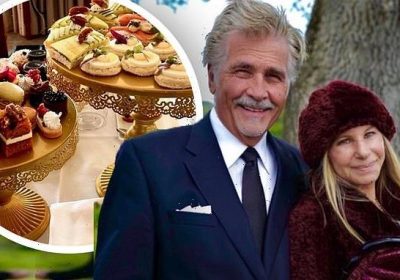 Barbra Streisand took to her Instagram account on Thursday to commemorate 25 years of partnership and 23 years of marriage with her husband, James Brolin.

The 79-year-old hitmaker shared an image of an impressive high tea spread that her 80-year-old husband had laid out for her and noted that she had gone on a two-day juice cleanse prior to the special day.

The happy couple first met in 1996 when they were introduced by a friend, and the two moved quickly with their relationship, eventually tying the knot in 1998. 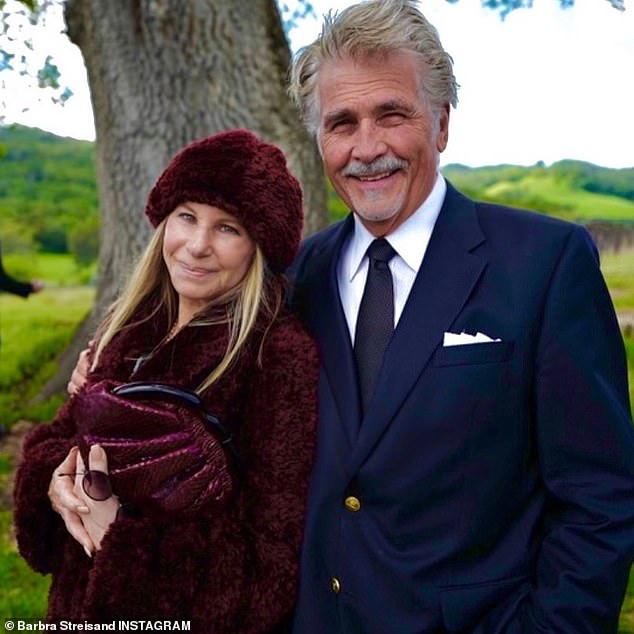 Happy couple: Barbra Streisand celebrated 25 years of partnership and 23 of marriage with her husband, James Brolin, on Thursday

Streisand wrote a brief message that showed up at the bottom of her Story entry where she noted that Brolin’s gesture was a welcome surprise after her back-to-back days of not eating.

She wrote: ‘Celebrating out 25th year together…23 years married. With high tea, my favorite…after two days of juicing!’

Shortly after sharing the photo, the Yentl director-actress posted a sweet photo of herself and her husband that had been taken during a wedding to her account.

The actress wore a dark crimson coat with a matching hat that beautifully offset the color of her bright blonde locks. 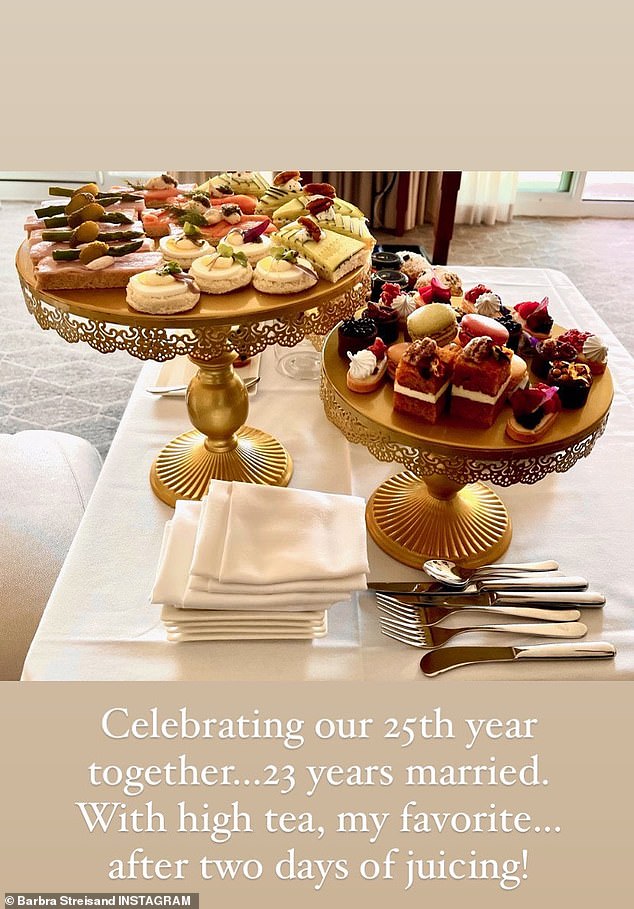 Special treat: The singer’s husband surprised her with an impressive spread of high tea after she completed a two-day juice cleanse

Brolin also opted to add an element of contrast to his wife’s ensemble, as he sported a smart navy blue coat to the event.

The entertainment industry figures’ first meeting was facilitated by a mutual friend, and they quickly became very invested in each other.

Prior to becoming involved with the Westworld actor, Streisand was married to actor Elliott Gould, with whom she welcomed a son named Jason, currently aged 54.

The former pair went strong for several years before they dissolved their eight-year marriage in 1971. 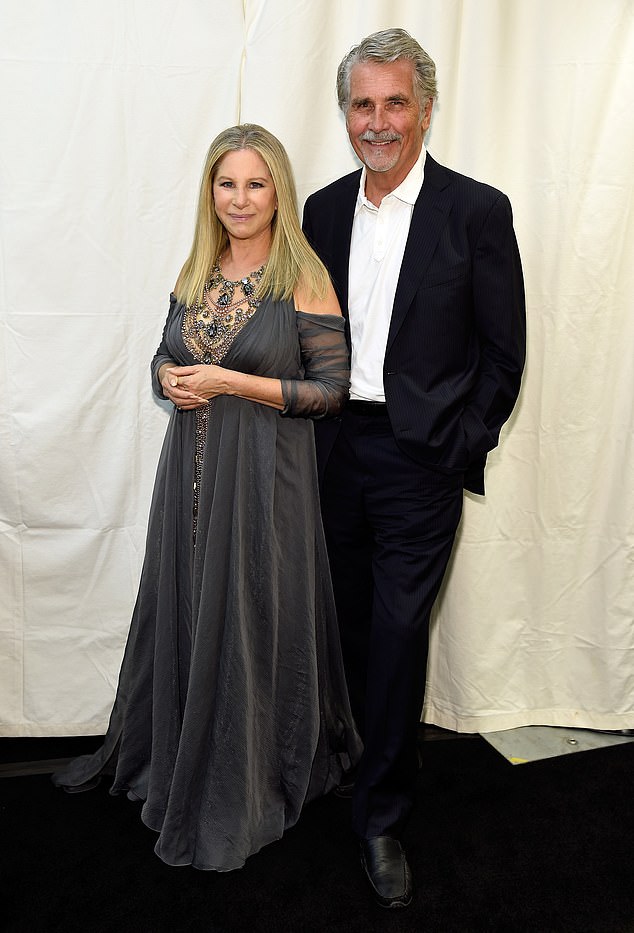 First meeting: Streisand and Brolin met in 1996 after being introduced by a mutual friend, although they had both been through previous marriages and divorces; they are seen in 2016

She was later connected to film producer Jon Peters for nearly ten years before they separated in 1982, although the two remain on good terms.

The EGOT-winning actress also maintained a relationship with composer Richard Baskin from 1983 until 1987.

Streisand went on to date numerous luminaries prior to meeting Brolin, including Andre Agassi, James Newton Howard and Clint Eastwood, among several others. 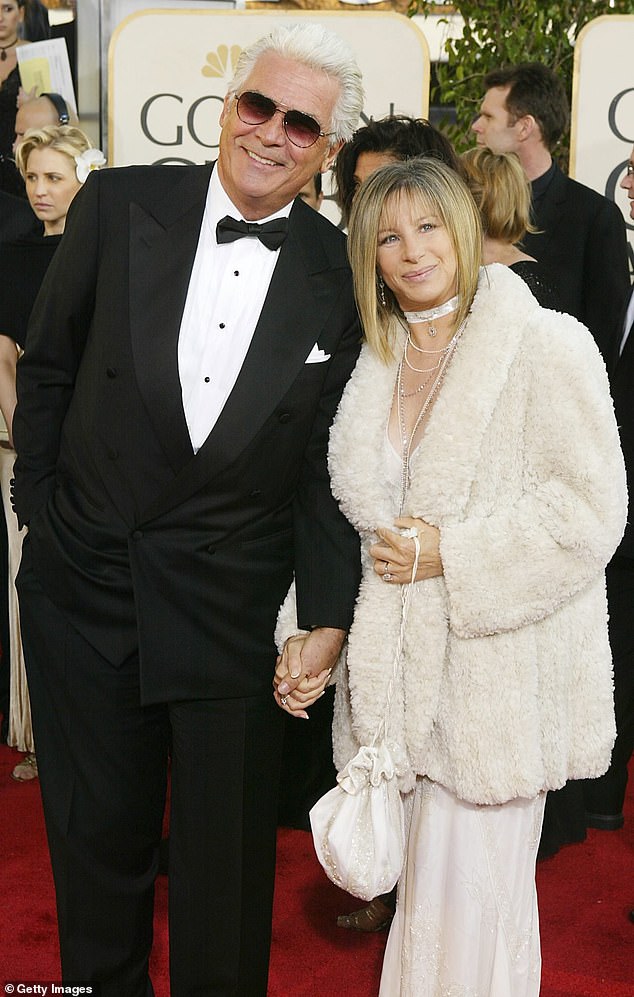 Dating around: Streisand was involved in various high-profile relationships prior to her second marriage, and was connected to figures such as Andre Agassi and Clint Eastwood; she is seen with Brolin at the 61st Annual Golden Globe Awards in 2004

Before he met his current wife, the actor was married to Jane Cameron Agee, with whom he tied the knot just days after their initial meeting, and welcomed a son named Josh and a daughter named Jess before they split up in 1984.

He went on to marry actress Jan Smithers in 1986, and their union produced a daughter named Molly Elizabeth before they divorced in 1995.

Following his split from his second wife, Brolin and Streisand dated for two years before they held a wedding ceremony in 1998, and the two have remained together ever since. 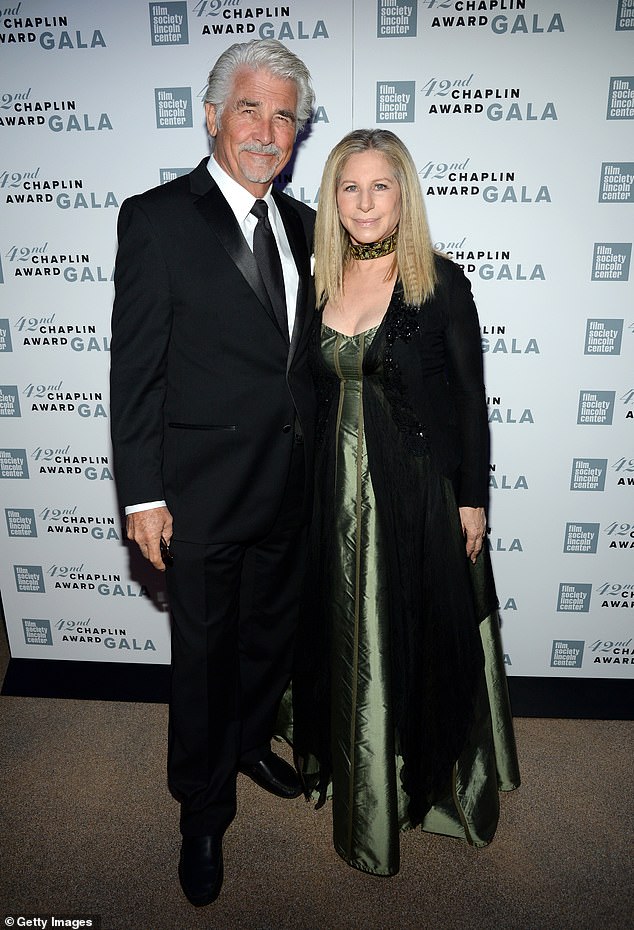 Staying together: Brolin and Streisand dated for two years before they married in 1998 and have remained with each other ever since then; they are seen in 2015