The Victoria’s Secret model also bares her nipples in a net dress in one of the pictures featured on the magazine’s spread.

AceShowbiz –
Bella Hadid once again flaunts her hot bod for Vogue Mexico. The 21-year-old model lands four covers for the July edition of the magazine, one of which features the brunette beauty going topless while perching on the dune.

She wears nothing but a tiny bikini bottom and some jewelries while covering her breasts with her hands on the black-and-white snap. Her body is covered in sand and she exudes calmness as she closes her eyes. 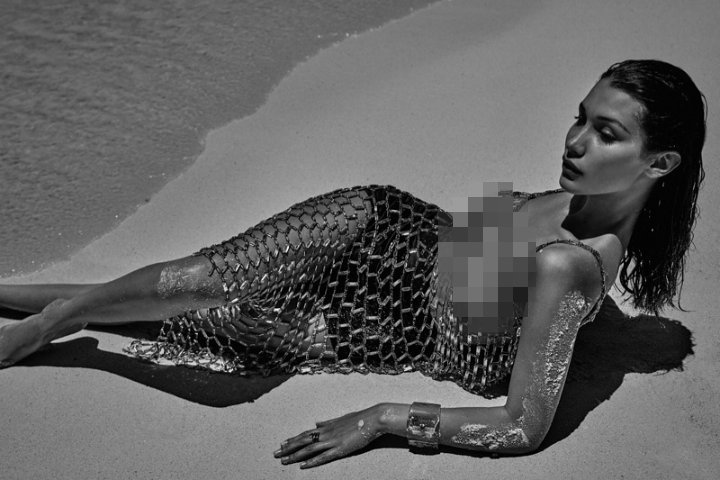 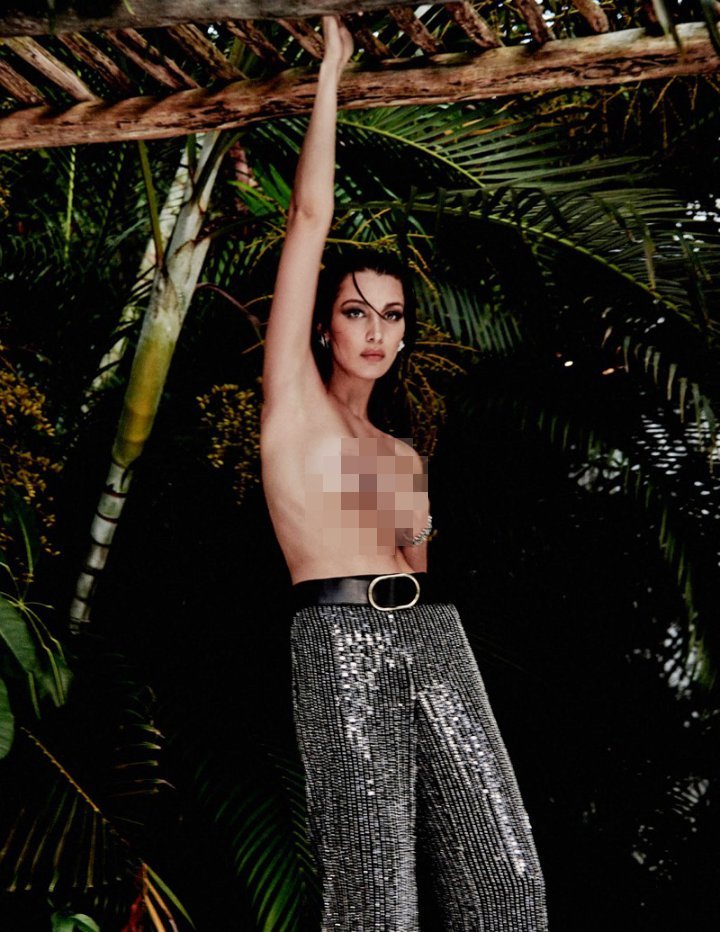 Photographer Chris Colls was behind the lens for the photo shoot, while Valentina Collado was in charge for Bella’s looks.

Bella recently had a photo shoot in Long Beach on Long Island where she she crossed paths with a group of New York high school students on their way to prom. She just wrapped up the photo shoot that Monday, June 25 when she was invited to join the excited teens on their party bus.

Bella went inside the minibus to