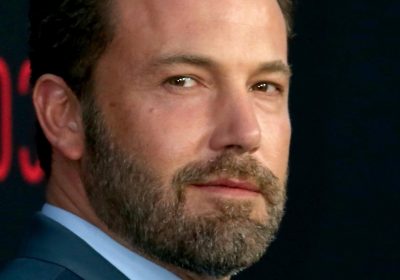 In January, everybody’s favorite new celebrity couple — who had kept us endlessly entertained throughout the COVID-19 necessitated lockdown with their frequent paparazzi-stalked outings — called it quits. As People reported at the time, after almost a year of dating, Ben Affleck and Ana de Armas sadly split up, with a source confirming the Cuban actress was the one to call time on their “complicated” relationship. The insider explained de Armas didn’t want to live in L.A., but Affleck has no choice, since that’s where his kids are based.

“This is something that was mutual and something that is completely amicable,” another source close to them advised, adding simply, “They are in different points in their lives.” The two were often spotted out and about together in Los Angeles during the summer of 2020, with de Armas making them Instagram official in April. The couple took several romantic vacations and even shacked up at one stage, too. Suffice to say it was a whirlwind romance by all accounts, over before it ever really began and with no red carpet photos to remember it.

It was a whirlwind romance by nature

As Harpers Bazaar notes, Ben Affleck and Ana de Armas met in 2019, on the set of the movie, “Deep Water.” The Cuban actress gushed about her co-star in an interview with Vogue Spain, via People, with a source subsequently confirming to the outlet, “They had great chemistry right from the start.” Rumors of a romance began in March 2020, after a source gleefully told People they’d spotted the duo kissing in the airport before boarding a private jet to Cuba. A second holiday in Costa Rica followed where, as Harpers Bazaar notes, Affleck and de Armas were photographed snuggling on the beach. The couple was subsequently snapped running errands, with a source telling People they were enjoying quarantining together. Finally, de Armas made it Instagram official on April 30.

Many more mask-clad outings followed, and a source advised Us Weekly, “[Ana] thinks Ben is such a sweet and nice guy.” De Armas was even introduced to Affleck’s children, signaling things were getting serious. In one of the weirdest moments of their entire relationship, People reported a cardboard cut-out of the actress had appeared on her boyfriend’s front lawn. By December, they had excitedly moved in together (via People). Just a month later, however, it was all over. We’ll probably never know what really happened between them — a source told Page Six they split because Affleck didn’t want any more kids — but suffice to say the spark went out just as quickly as it was ignited.