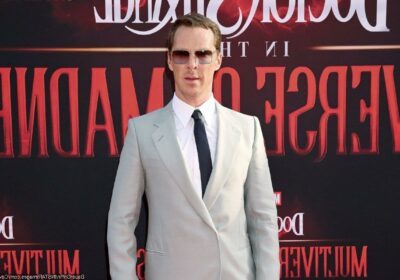 The ‘Doctor Strange’ actor reportedly bought the historic property in May 2022 with his theatre director wife Sophie Hunter after he spotted it in 2020, exciting their new neighbors.

AceShowbiz –Benedict Cumberbatch is said to have splurged £8.1 million ($9.9 million) on a mansion in a Somerset estate. The 46-year-old “Sherlock” actor, worth an estimated £32.7 million ($40 million), reportedly bought the property in May 2022 with his theatre director wife Sophie Hunter, 44, after he spotted it in 2020.

According to The Sun, his plot includes a Grade-II listed lodge, organic farm, cider orchard, wine cellar and library. It’s said it also includes a Gothic-style arch and was reportedly built to impress King George III, who was a regular visitor in the late 1700s.

A source told the newspaper on Saturday, January 14, “It’s really lovely, secluded and peaceful, perfect for getting away from it all. Although the house is historic, it has all mod-cons. Locals in the nearby village know about the purchase. Everyone is excited about their new neighbors.”

The property is said to have been handled by Savills estate agents. Benedict, who already has a home in London he shares with Sophie, is heading for another payday from “Sherlock” if he agrees to appear in a fifth series of the BBC show.

Its co-creator Steven Moffat, 61, said he would love writing a new season if both Benedict and his sidekick played by Martin Freeman agreed to return for a new run. Steven told the BBC’s “Today” show on Monday, January 9, he would start work on the series “tomorrow” if the actors signed up, but told Deadline, “They’re on to bigger and better things but, Martin and Benedict – ‘Please come back?’ “