They’re currently enjoying their first holiday together in Croatia.

And, bikini-clad Bianca Gascoigne, 33, and shirtless boyfriend Kris Boyson, 31, put on a cosy display as they enjoyed a morning at their hotel’s swimming pool, on Monday morning. 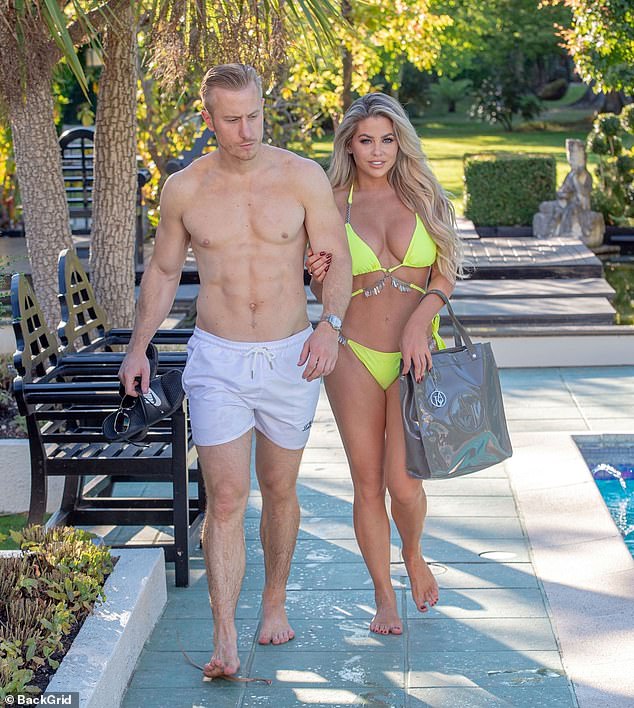 The couple could not take their hands off each other as they lived it up on holiday, walking arm-in-arm as they strolled alongside the pool.

The blonde beauty let her tresses fall with a subtle wave while she wore heavy make-up for their day in the sun.

It comes after Bianca and Kris revealed they moved in together after their first date in a new interview. The couple took their relationship to the next level as they spent the UK’s nationwide lockdown together just weeks after embarking on a romance. 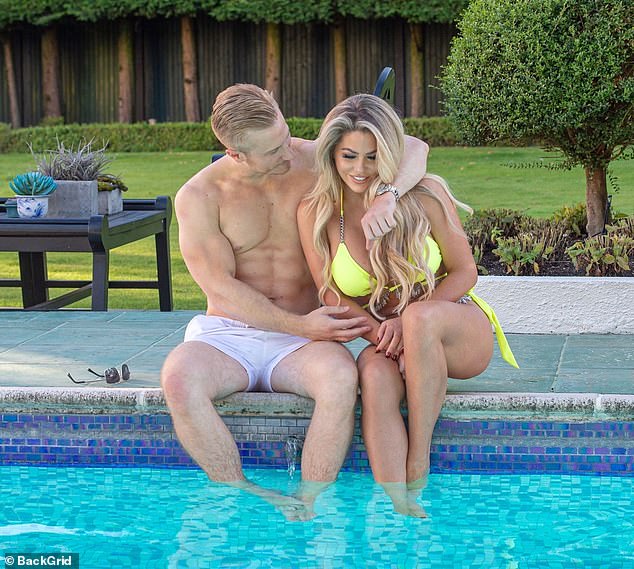 Cute: The blonde beauty and Katie Price ‘s ex put on a cosy display as they continued enjoying their time together in Croatia

Despite dating for only five months, the reality stars admitted they’d definitely want to get married and start a family in the future as they ‘completely trust’ each other.

In their first joint interview together, the media personalities lifted the lid on the early stages of their fresh romance, which they decided to go public about months later.

He said: ‘We’ve spent every single day together practically since we met. You wouldn’t lock down with someone for 100 days if it was a showmance.’

Bianca and Kris were introduced to each other three years ago when he provided her with healthy meals in preparation of a charity fight, which got cancelled when her opponent, his ex Katie Price, pulled out.

They lost contact for a while, before fitness enthusiast Kris slid into her Instagram DMs earlier this year. The couple currently reside in Kent and are renovating their pad with a cinema room and a new bar. 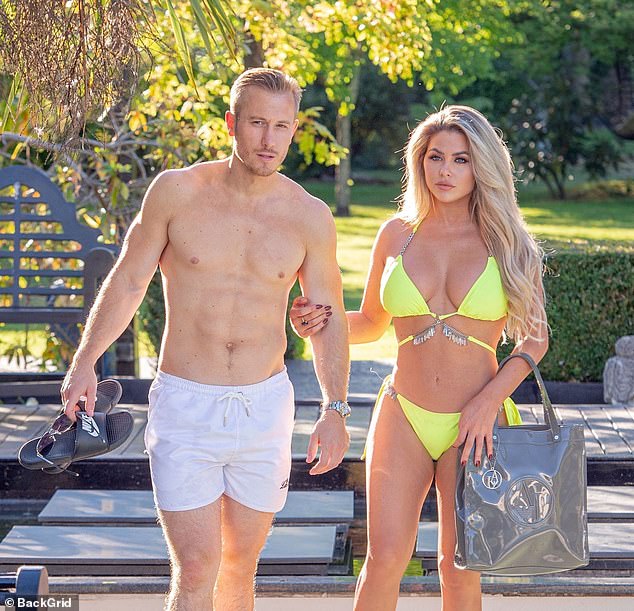 Sweet: The couple could not take their hands off each other as they lived it up on holiday, walking arm-in-arm as they strolled alongside the pool

When asked about the prospect of marriage and kids, influencer Bianca admitted their future looks ‘very promising’ and her mother Sheryl Gascoigne is ‘desperate for grandchildren’.

‘We’d have good-looking kids one day. I can definitely see myself with this one’, Kris enthused.

Their relationship was rocked when they reported his former girlfriend Katie, 42, to the police when she arrived at their home for a row in June.

The couple insisted working through the chaos proved they’re ‘stronger than ever’ and ‘nothing could affect us’.

Bianca explained: ‘I’ve never trusted someone so much in all my life. My mum says that speaks volumes. I’m the happiest I’ve ever been.’

Last month, Kris, who was recently accused of messaging Katie when he first started dating Bianca, faced backlash as he shared a message about putting their past behind him in support of the mother-of-five’s son Harvey, 18, during his ICU stint. 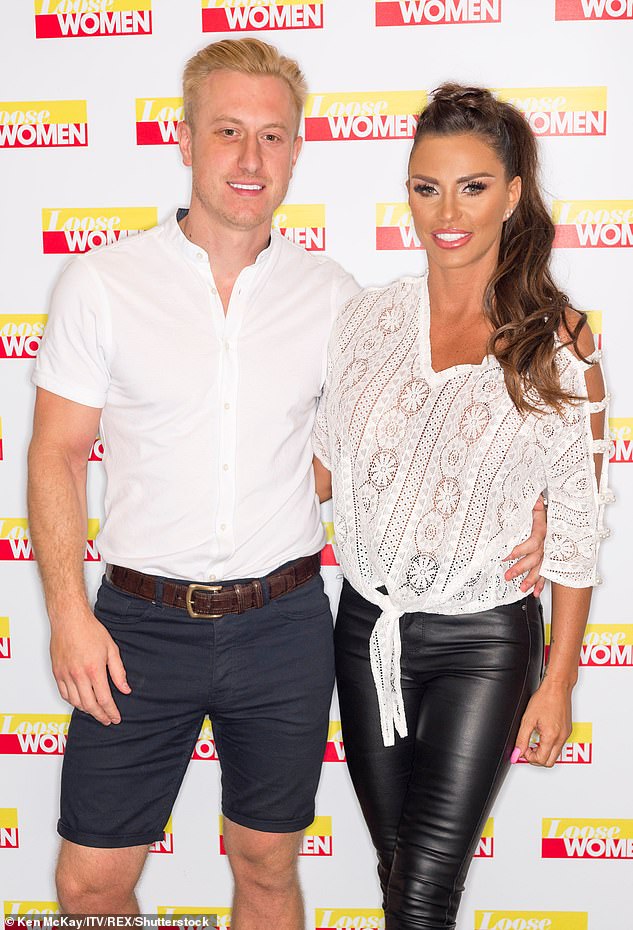 Drama: Their relationship was rocked when they reported his former girlfriend Katie, 42, to the police when she arrived at their home for a row in June (pictured in 2018)