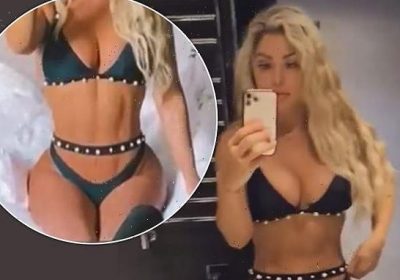 Never one to shy away from a bikini photoshoot, Bianca Gascoigne treated her fans on social media to two brand new racy snaps.

The daughter of former England football star Paul Gascoigne, 34, took to Instagram on Saturday to share the lingerie photos with her 334,000 followers.

Bianca looked sensational as she posed in front of a mirror in the selfies, wearing only a black bikini. 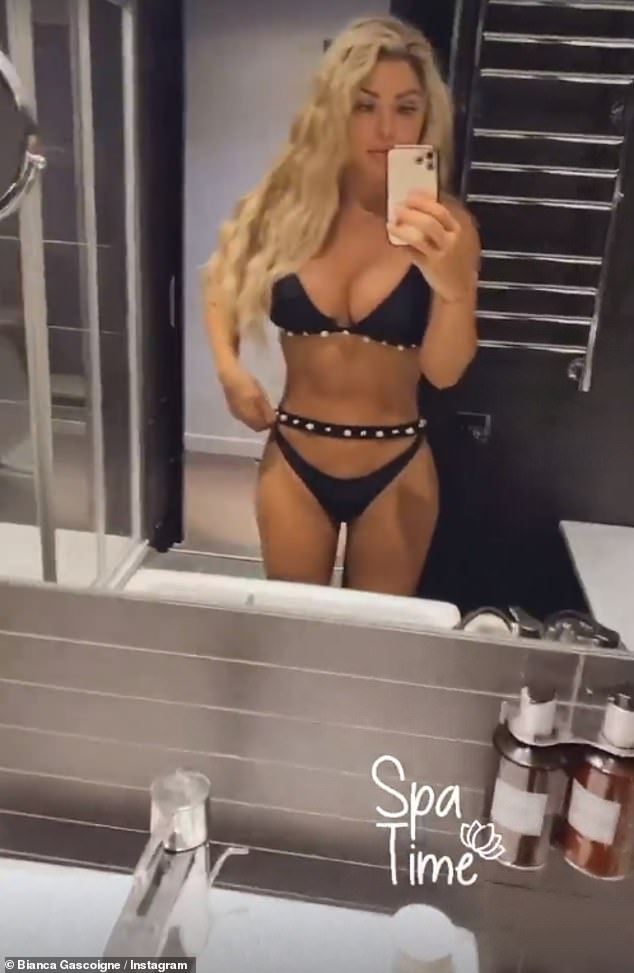 Stunning: Bianca Gascoigne set pulses racing as she posed up a storm in a plunging black bra and thong featuring metallic studs

The swimwear featured a plunging neckline which showed off her ample assets, while the matching bottoms featured a high-waisted design on the sides.

The bikini stood out because of the metallic studding on the underside of the bra and across the strap running across her toned abs.

Bianca’s blonde tresses flowed down her shoulders as she pouted in front of a mirror.

The selfies come after it was reported Bianca is set to join the next series of Celebrity Ex On The Beach, according to reports.

She recently split from boyfriend Kris Boyson and is now lined up for the show, according to the Sun, which sees famous faces reunited with their former flames. 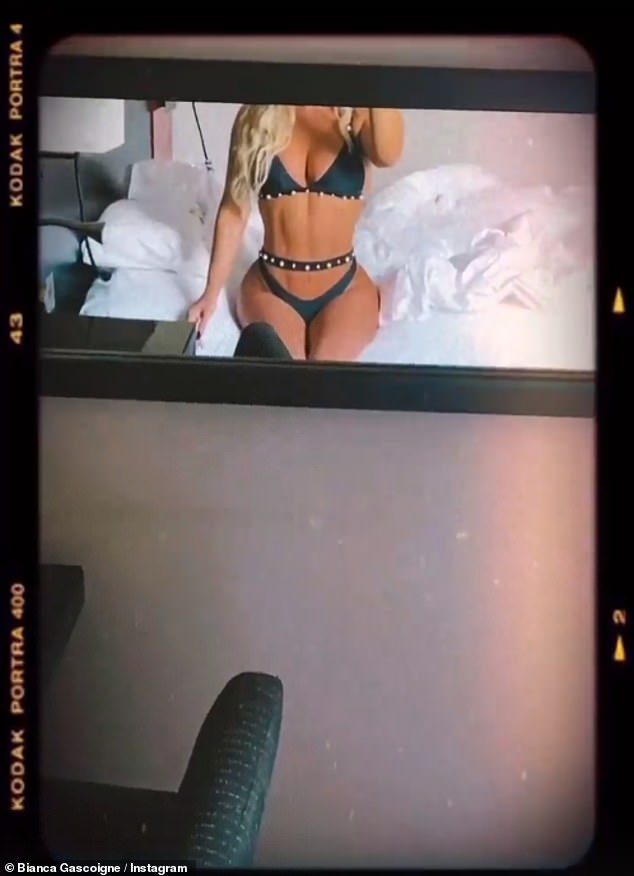 Natural beauty: Bianca’s blonde tresses flowed down her shoulders as she posed in front of a mirror

This hints that Kris, 32, could be one of the exes to wade out of the sea and confront her.

A source said: ‘Bianca is the latest big name signing for Celebrity Ex On The Beach. She decided to take part after her break up with Kris Boyson two months ago.

‘Bianca can’t wait to spend some much needed downtime in the sun and have some fun. Life has been hard for everyone recently and coupled with a break up, this is the best thing for Bianca.

‘Everyone thinks she’s going to have a ball – and she’ll make waves on screen.’

Bianca is no stranger to reality TV, having previously appeared on Celebrity Big Brother and Love Island. 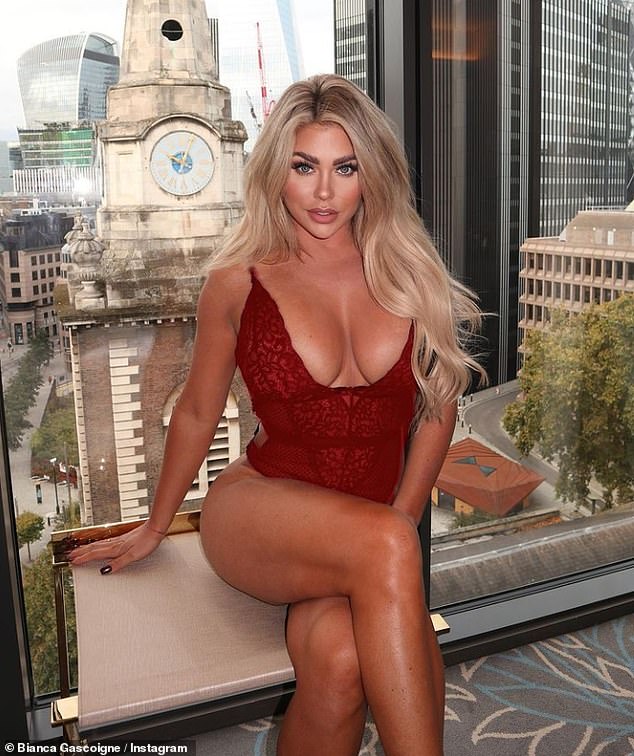 New gig: Bianca is set to join the next series of Celebrity Ex On The Beach, according to reports last month