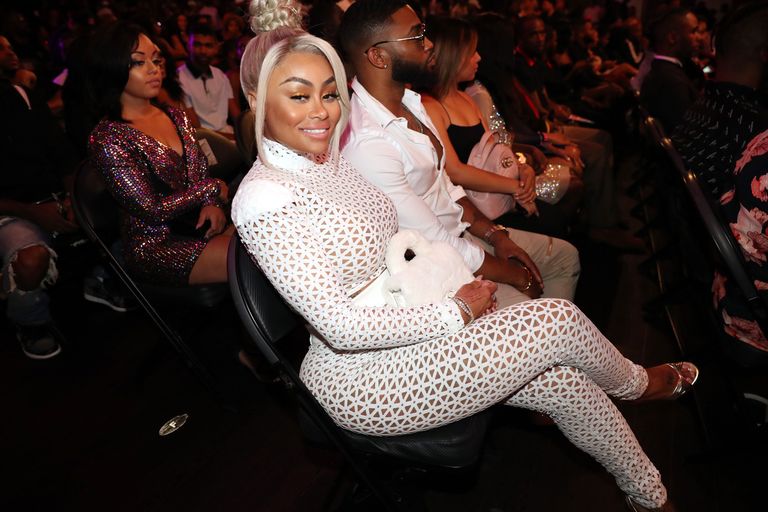 Blac Chyna is reportedly pregnant, a source told Page Six. The 29-year-old mother of two is currently dating 18-year-old Texas-based rapper YBN Almighty Jay, and he’s made comments in the past about how he “doesn’t wear condoms.”

“I would not want to f*ck a bitch I did not want to get pregnant,” the rapper reportedly said in an interview with No Jumper. “If Chyna got pregnant, I would keep that sh*t like ‘ohh daddy love you,’ I love that ass.’” Jay also said in that same interview that he met Chyna on Christian Mingle.

Chyna confirmed their relationship on March 1 after they were spotted out together. Then, in April, the couple made headlines when it looked like Jay proposed to Chyna via an Instagram picture.

Will You Marry Me??

Chyna posted this same picture, for the record, but with a much different caption:

On Easter Sunday, Chyna and Jay were at Six Flags when Chyna allegedly attacked another woman for trying to touch her daughter Dream (the child she shares with Rob Kardashian). Jay reportedly held her back when this altercation occurred.

The 18-year-old rapper is best known for his song “Chopsticks,” which has 11 million views on YouTube. His real name is Jay Bradley.

Chyna has two other children, 17-month-old Dream with former-fiance Rob Kardashian and King Cairo Stevenson, 5, her son with Tyga, who also dated Kylie Jenner, who now has a child with Travis Scott. Not confusing at all. Nope, not at all.