The 12,000-square-foot Tudor-style home was purchased for $32.5 million in an off-market sale to an unnamed buyer, earning more than double what the celebrity couple originally paid for it, the Los Angeles Times reports.

The actors originally bought the home back in 2001 for $13.5 million, according to The Wall Street Journal. 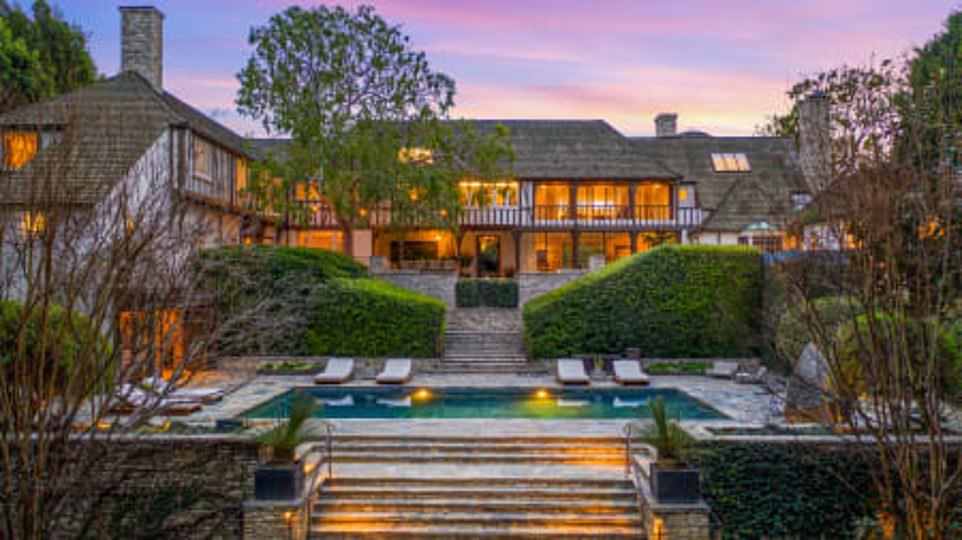 Off the market: The 12,000-square-foot Beverly Hills mansion that was once owned by Brad Pitt, 56, and Jennifer Aniston, 51, was sold recently for $32.5 million, more than double what they paid

The mansion was listed last year for $56 million by Susan Smith of Hilton & Hyland brokerage, but it was taken off the market in March after the asking price was dropped to $44.5 million.

‘No one has really changed the exterior of the home. It sits on over an acre. It’s a street to street lot, which is unusual in Beverly Hills,’ Smith told TODAY Home.

The classic home dates back to 1934 and features four bedrooms and twelve full bathrooms. 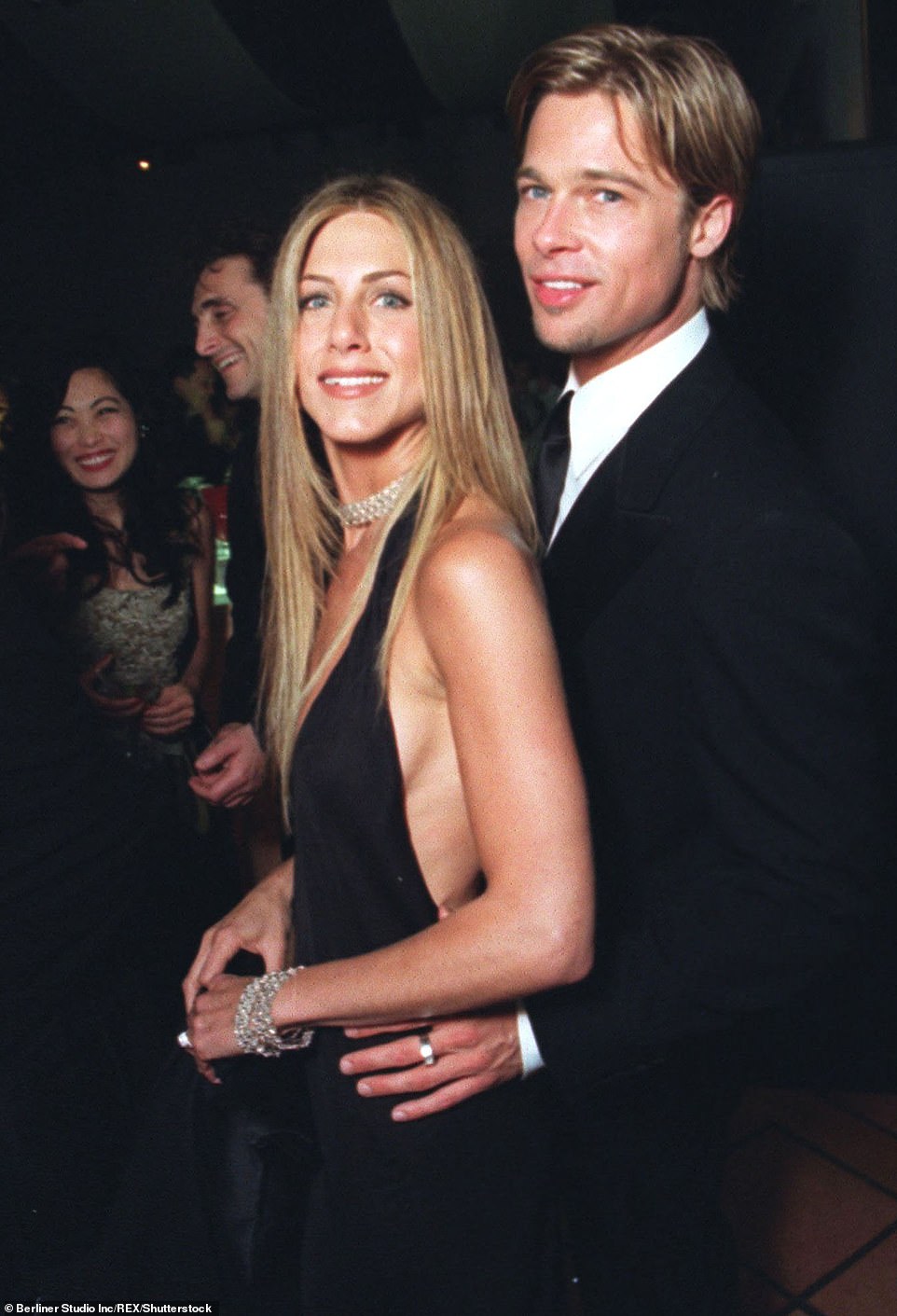 A steal: Brad and Jennifer bought the home for $13.5 million in 2001, a year after the were married, according to The Wall Street Journal; pictured in 2000 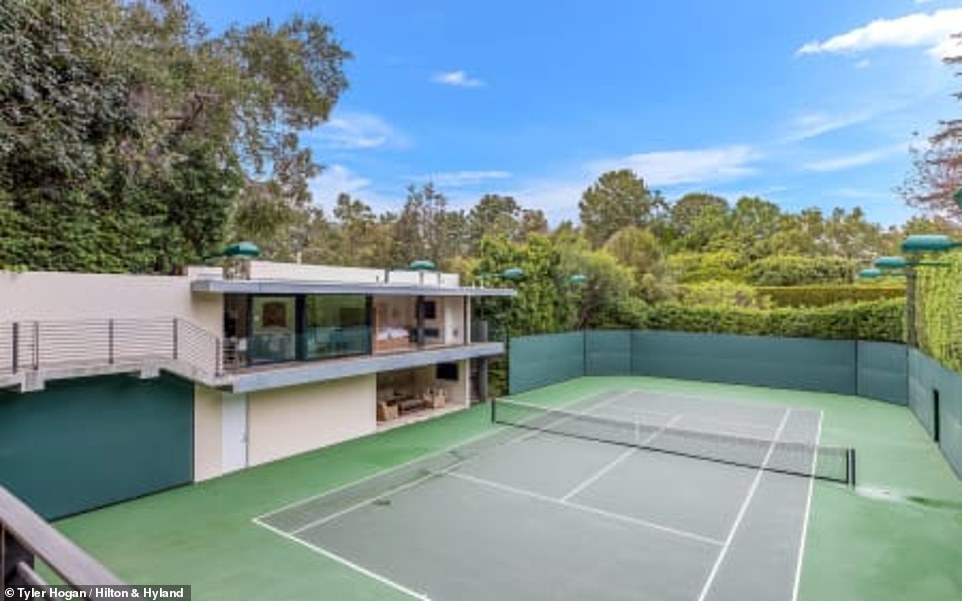 Spacious: The home has four bedrooms and 12 bathrooms, plus a two-story guesthouse by the newly added tennis court for a total of five bedrooms 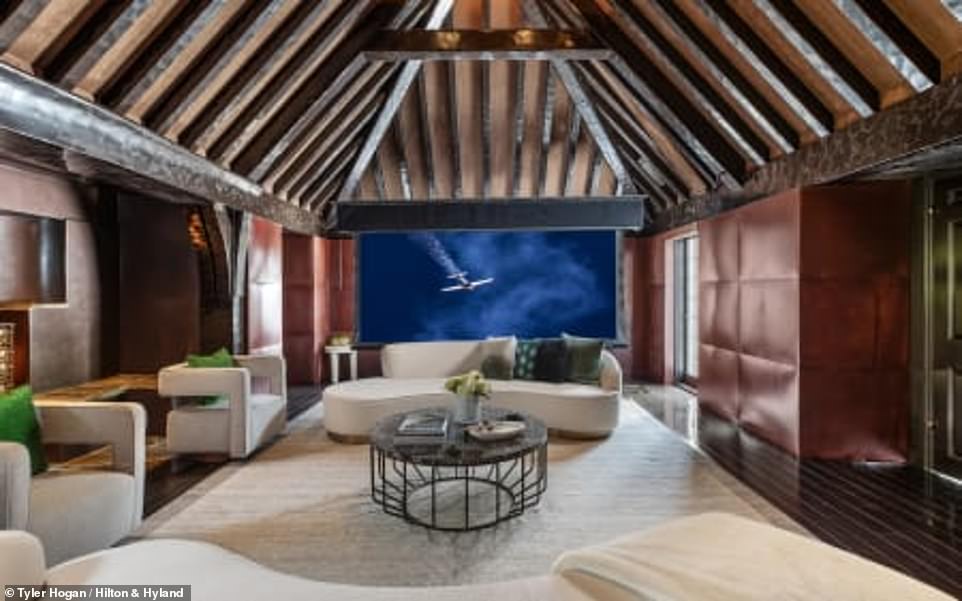 Perfect for Hollywood stars: The home’s relaxing bar can be turned into a screen room with a digital projector that rises out of the floor

The actor Frederic March, best known for his Oscar-winning performances in Dr. Jekyll And Mr. Hyde (1931) and The Best Years Of Our Lives (1946), originally built the home, designed by Wallace Neff, for himself and his wife Florence Eldridge.

The home was significantly expanded and updated by Brad and Jen during their years in it.

Heated marble floors have transformed the kitchen into a more inviting space, while the dining room boasts an elegant fireplace and can seat 20 people.

The mansion features a bar that can be converted into a screening area with a digital projector that can rise from the floor, a fitting touch for Hollywood royalty. 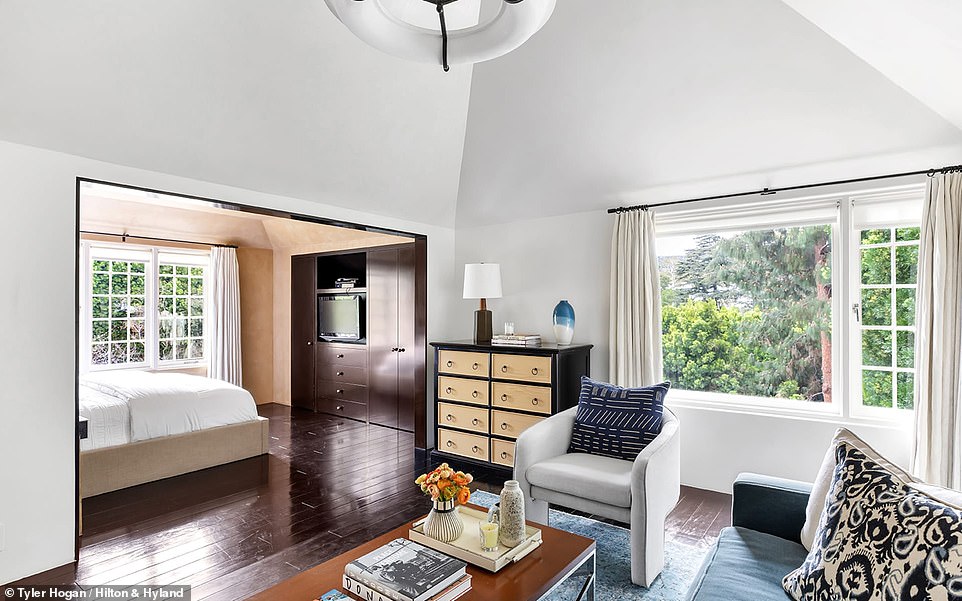 Wide open: The master bedroom has spacious vaulted ceilings. The home was built by the two-time Oscar winning actor Frederic March in 1934 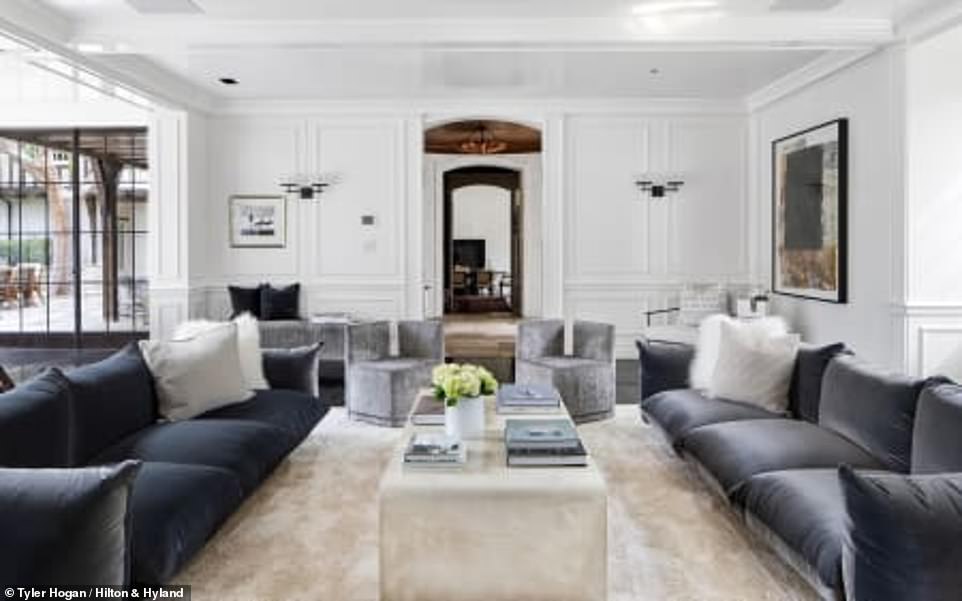 Modernized: Brad and Jen significantly updated the home, which they sold in 2006, a year after their divorce 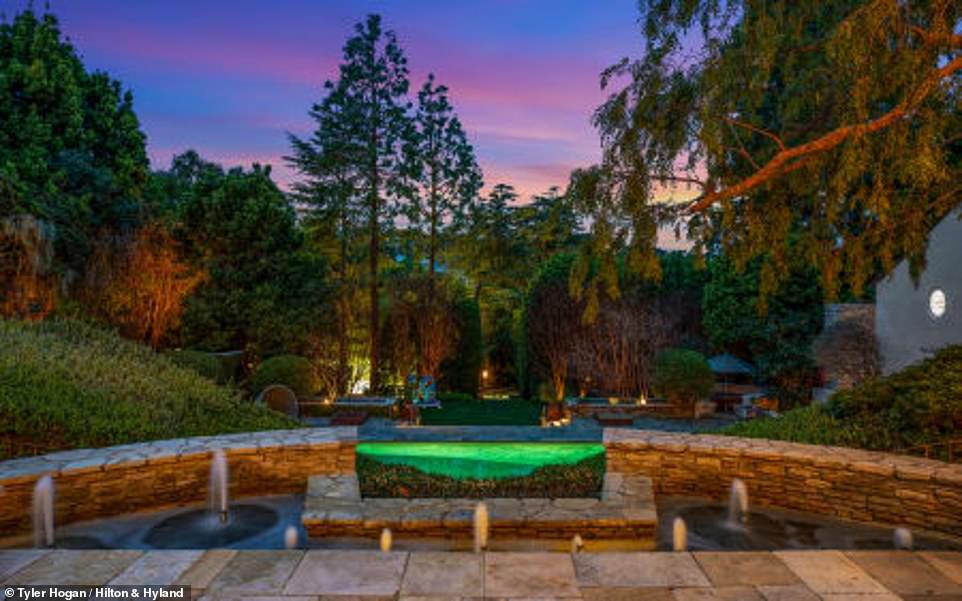 Sterling pedigree: Danny DeVito used to live next door, and the heiress and philanthropist Wallis Annenberg previously owned the home

The master bedroom features spacious vaulted ceilings, and the new home owners will be able to stay in shape without leaving the comfort of their home thanks to an exercise room located on the top floor.

Some of the mansion’s high-profile former occupants include the Vanderbilt family member Shirley Burden and the heiress and philanthropist Wallis Annenberg.

Brad and Jennifer at one time lived next to Danny DeVito, though his home was later sold and split into two, with Australian billionaire James Packer purchasing one of the halves for $66 million, according to CNBC.

Top of the world: Both actors had a banner 2019. Brad won an Oscar for Once Upon A Time In Hollywood, while Jennifer led the Apple TV+ series The Morning Show; both shown in January

Both Brad and Jennifer are coming off a productive 2019.

Brad won the Oscar for Best Supporting Actor for his widely acclaimed role as a stunt man opposite Leonard DiCaprio in Quentin Tarantino’s Once Upon A Time In Hollywood.

He also led the stunningly visualized science fiction thriller Ad Astra from writer–director James Gray, which was positively reviewed but underperformed at the box office.

Next year he’ll produce shows based on the acclaimed novels Americanah and The Underground Railroad, and he’s slated to appear with Joey King in Bullet Train.

Jennifer returned to to leading a series with The Morning Show for Apple TV+, which also stars Reese Witherspoon and Steve Carell.

She also costarred with Adam Sandler in the popular Netflix original Murder Mystery, and she’ll appear in a Friends Reunion for HBO Max, which has been bumped back to May 2021 due to concerns about the novel coronavirus.