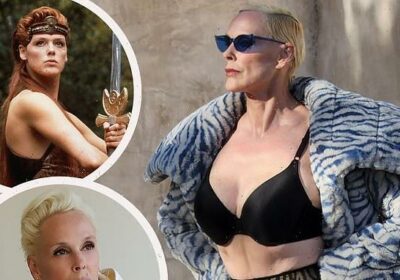 EXCLUSIVE: ‘I want to play Red Sonja’s mom!’ Brigitte Nielsen talks making a cameo in reboot of her ’80s action flick… and reveals secrets to staying fit at 59

She was plucked from her burgeoning modeling career and thrown into the male-dominated world of ’80s action movies, when cast as the lead in 1985’s Red Sonja alongside Arnold Schwarzenegger with no previous acting experience.

Now, 37 years later, Brigitte Nielsen is reflecting on the iconic role as the film receives a 4K restoration re-release, and tells DailyMail.com how she could still swing a sword in a fight scene if required, even after welcoming a fifth child at 54.

‘I have taken good care of myself and it shows,’ the 59-year-old Danish star says proudly, adding: ‘I could still do those fight scenes now.’

The former wife of Sylvester Stallone confesses that she would love to be involved in the long-delayed reboot of the movie (which was once set to star Rose McGowan as the flame-haired heroine, with her then-boyfriend Robert Rodriguez attached to direct.) 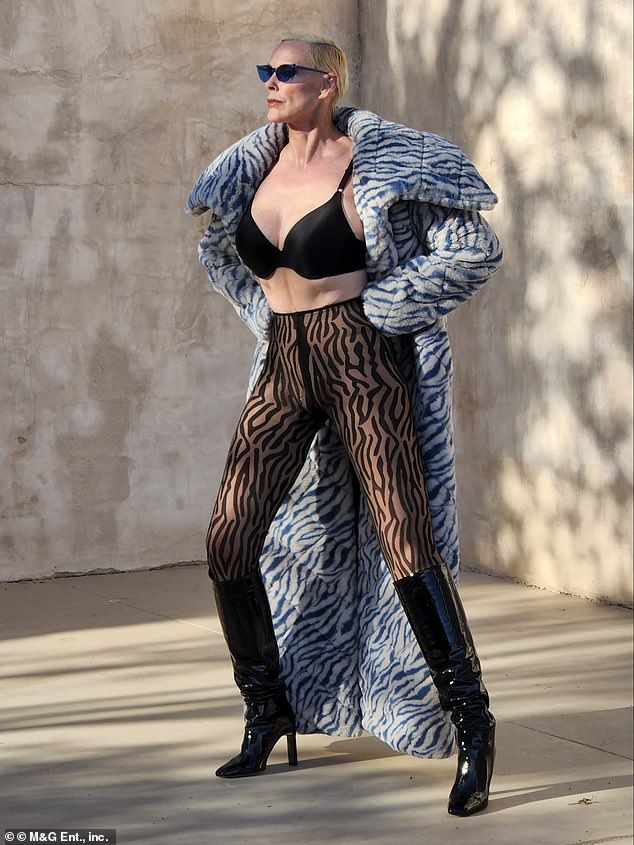 Wow: Brigitte Nielsen, 59, shows off her incredible physique in a recent shoot, as the star reflects on leading role in 1985’s Red Sonja which has just been re-released

‘Maybe I can be Red Sonja’s mom!’ she says with a laugh. ‘Teaching her how to show up with a sword, how to win a fight.’

With every intention of keeping up her stamina in her career and for her family, Brigitte adds: ‘I will stay fit, I think for as long as I am a part of this planet. You have to understand that with age you’re not going to be as fast. But I’m a healthy fit woman, and I like to stay that way.’ 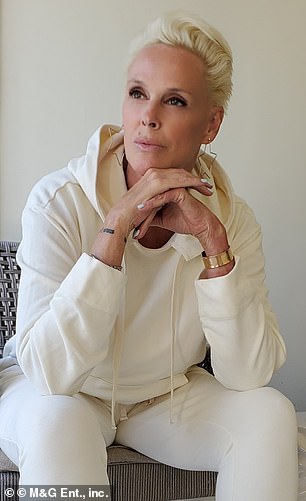 Looking back: Now, 37 years later, Brigitte Nielsen is reflecting on the iconic role

‘Ever since my daughter was born a couple of years ago, I have stepped back a bit from acting and I am producing. So I started out my life with Red Sonja, now I have a little daughter and now I’m going to be producing an all-female action movie, which is very exciting.’

In 2019, Brigitte gave birth to her daughter Frida, four, after a decade of failed IVF attempts, who she shares with husband Mattia Dessi, 43.

When it comes to her secret to staying in shape, the Celebrity Big Brother star admits that being genetically blessed goes along way.

‘Well, I want to be good to women and not everyone is born in a 6ft body,’ she says.

‘I don’t have a tendency to put on weight after giving birth to five kids, and I am actually genetically lucky because of how I was born. However, having said that, us women, you have to take good care of yourself. If you want to have a healthy strong nice looking body – you have to work at it.

‘Many people think it’s all about working out, it’s not. The main focus is diet. It’s what you put into your body – because not everyone has the time to go to the gym and most people don’t want to go! So it’s very important what you feed yourself, and keep small portions, and eat often but little. It’s like everything in life – keep things balanced.

Following Red Sonja, Brigitte starred alongside Sylvester Stallone in action movies Rocky IV and Cobra, and the pair were famously married from 1985 to 1987. She returned to the Rocky franchise in 2018’s Creed II, though she did not share any scenes with ex Sylvester.

Despite her big debut, Red Sonja was a box office bomb and mauled by critics at the time, with even Arnold later turning his back on it – but Brigitte feels it would have fared better if released today.

She explains: ‘I didn’t think too much about [the critics reaction] I made the PR I could, the movie obviously premiered and didn’t have what the producers or what Richard Fleischer (the director) expected it to be because it was wrong timing.’

‘It was the not the right time or right year, for a female action hero to debut. It was too much of a male action year – everything around then was Rocky, Rambo or The Terminator. These kind of movies. So it was to start with, a very difficult time for Red Sonja to survive in any kind of market. 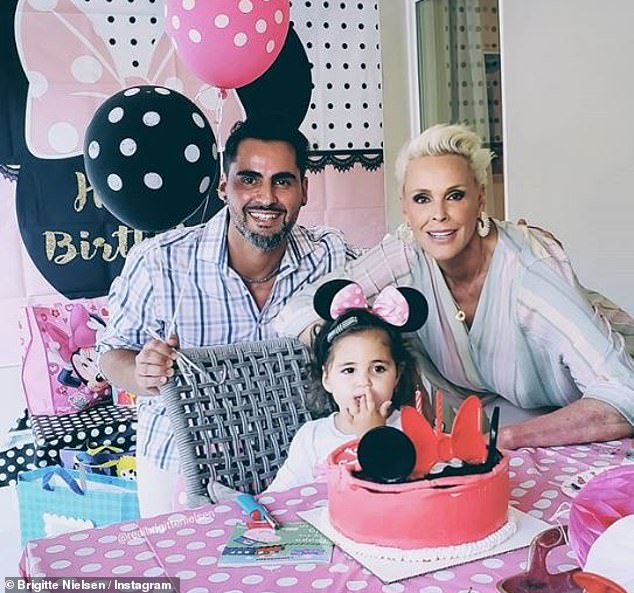 Working mom: In 2019, Brigitte gave birth to her daughter Frida, four, after a decade of failed IVF attempts, and she shares her fifth child with husband Mattia Dessi, 43 (Pictured)

‘But 37 years went by, and today there’s an audience, and today it would have been a number one blockbuster. It’s with any kind of movie – timing is so in the essence.’

‘Not only having a great script and great acting, the timing and what year you choose to film big movies like this. And unfortunately in the mid 80s was not the right time for Red Sonja.’

Still, the actress says she only has fond memories for making the film – which was a grueling six month shoot around the outskirts of Rome, after training with swords and stunt coordinators in London.

And Arnold Schwarzenegger proved to be the perfect co-star. 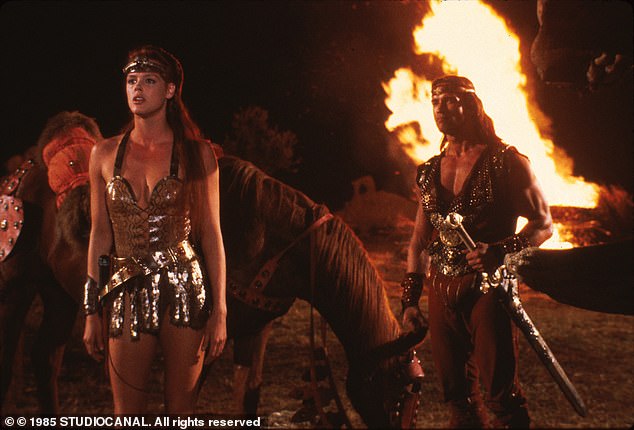 Star support: The Danish star praises her co-star Arnold Schwarzenegger for helping her out in her first big role

‘Arnold is bigger than life, not only physically but also his personality and him as a man,’ she recalls. ‘When I met him he had a lot of wisdom, he was an established actor, an action hero, a nice guy, very funny, very professional, and a man of his word.

‘He helped me out, as this was my first movie. Gave me good tips on how to do things, he was very easy to work with through our fighting scenes.

‘He’s a great guy and a great actor – and I still feel that. We had tons of laughs. He doesn’t take himself too seriously, he was very easy to get along with.’ 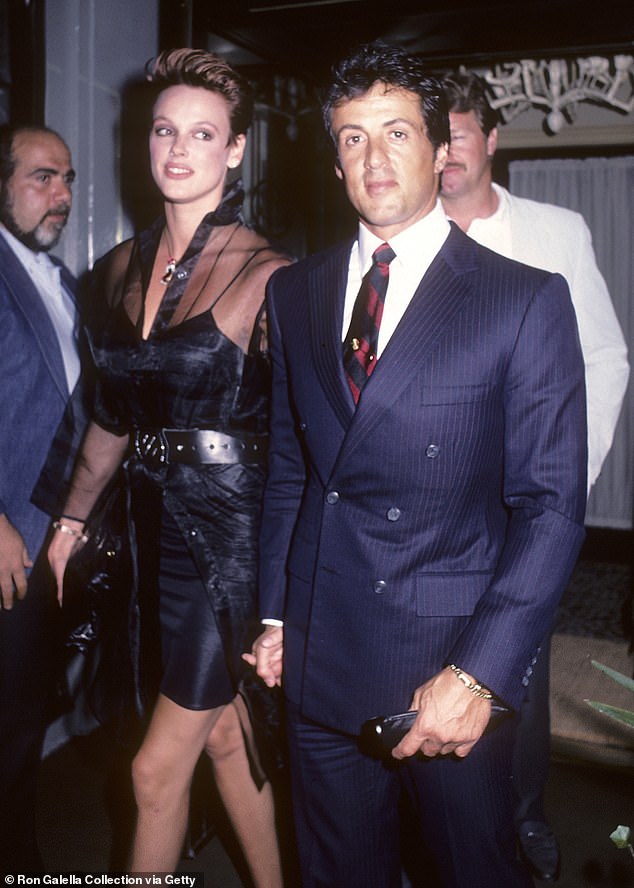 Career: Following Red Sonja, Brigitte starred alongside Sylvester Stallone in action movies Rocky IV and Cobra, and the pair were famously married from 1985 to 1987 (Pictured above)

Brigitte adds that she’s ‘excited’ to show the film to her daughter when she’s older, saying: ‘Red Sonja affected a huge amount of people I have had people writing to me about it every day – and I think it’s exciting that there is this new version out there because is very much alive in many people.’

‘So it’s totally worth it, and I hope this will lead to a remake a of Red Sonja – so young people today can get a chance to get to know her and become a fan.’

‘So I think a version of it now, compared to the mid-80s which was a man’s world, I think it stands a great chance for becoming a huge blockbuster that Red Sonja deserves to be.’

The first-ever 4K UHD restoration of RED SONJA is out now. 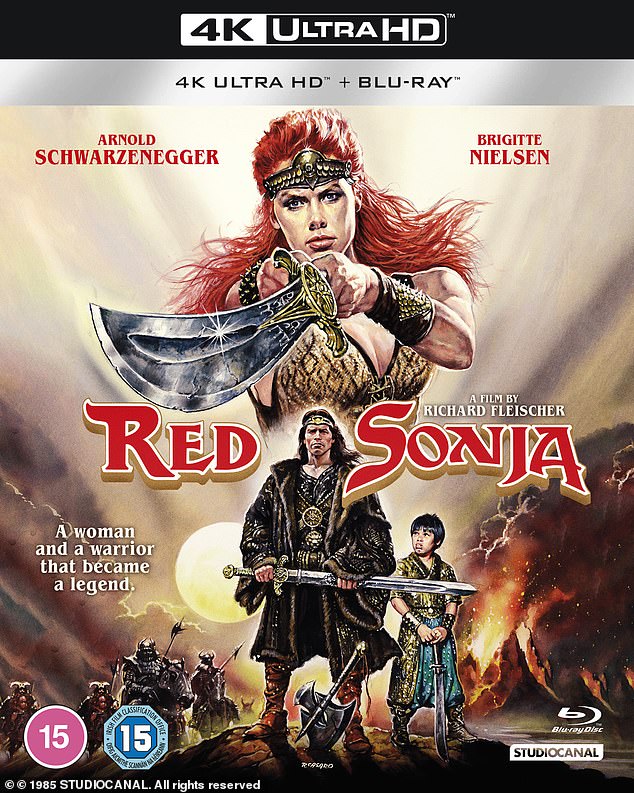 Still enduring: The first-ever 4K UHD restoration of RED SONJA is out now