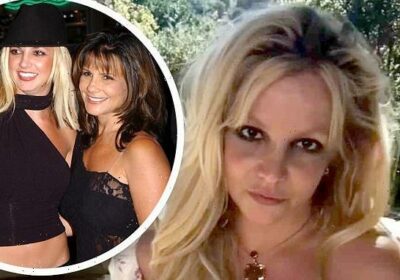 Britney Spears is refusing to see her mother Lynne Spears after she flew from Louisiana to Los Angeles in a bid to make amends with her daughter, it has been claimed.

The 39-year-old Toxic singer is said to have denied Lynne, 66, entry to her home recently, weeks before her conservatorship had been terminated by a judge, PageSix reports.

It comes after Britney accused Lynne of being the orchestrator of her 13-year conservatorship, that her father controlled, in an Instagram post earlier this month.

‘My dad is not smart enough to ever think of a conservatorship,’ Britney said in a furious post, adding to her mother Lynne: ‘You know exactly what you did.’ 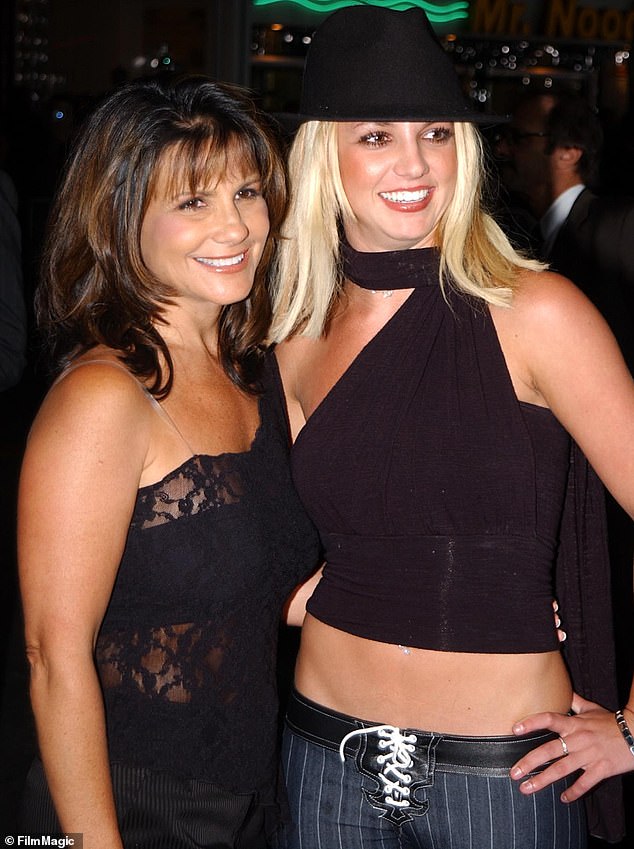 Don’t Go Knockin’ on My Door: Britney Spears has turned her mother Lynne Spears away from her LA home and is refusing to see her after a judge terminated her conservatorship

Meanwhile, a source told PageSix of Lynne being turned away: ‘A few weeks before the conservatorship ended, Lynne flew to Los Angeles to try to reconnect with Britney.’

‘But Britney didn’t even let Lynne into her house. She is furious with her. Lynne tried over a number of days to try to visit, but Britney just shut her down.’

Britney accused her mother Lynne of ‘ruining’ her life in a since-deleted Instagram post this month, writing: ‘My dad may have started the conservatorship 13 years ago … but what people don’t know is that my mom is the one who gave him the idea. 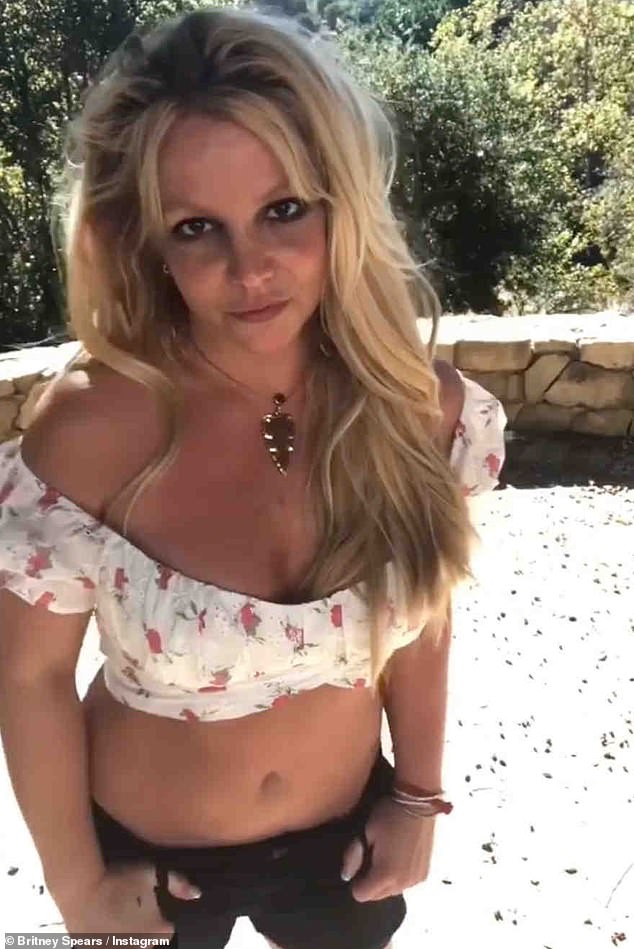 Not welcome: Britney is seen in the garden of her LA home… where she is said to have turned away her mother Lynne Spears

‘I will never get those years back.

‘She secretly ruined my life … and yes I will call her and Lou Taylor out on it … so take your whole ‘I have NO IDEA what’s going on’ attitude and go f*** yourself!!!!’

She continued: ‘You know exactly what you did … my dad is not smart enough to ever think of a conservatorship.’

Lynne Spears in July issued a sworn statement in support of her daughter’s attempts to remove her father as conservator.

‘It is clear to me that James P. Spears is incapable of putting my daughter’s interests ahead of his own on both a professional and a personal level,’ she said. 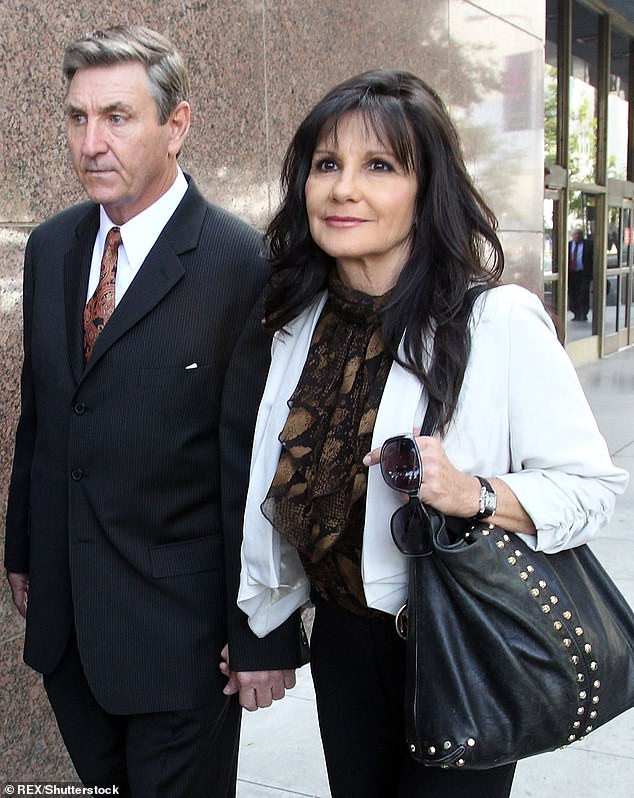 Real villain? Britney accused her mother Lynne of ‘ruining’ her life in a since-deleted Instagram post this month (Lynne and ex husband Jamie pictured in 2012)

Yet Jamie hit back, accusing Lynne of being an absent mother and claiming she was paid $150,000 a year by Britney for her mansion in Louisiana.

‘In stark contrast, it appears that Lynne is the one who is incapable of putting her daughter’s interests ahead of her own,’ Jamie Spears’ statement said.

‘Lynne has not been involved in her daughter’s life for most of the past twelve years.

‘Despite their estranged relationship, the Conservatorship Estate, during the entire duration of the Conservatorship, has paid and continues to pay for the mansion in Louisiana where Lynne lives, including all of her utility bills, weekly maid service, and all maintenance (totaling upwards of $150,000 per year and to date, nearly $2,000,000 in total).’

Britney’s accusations against her mother came just weeks before a judge finally terminated her conservatorship.

Judge Penny’s decision to dissolve the much-maligned legal arrangement comes two months after she fired the star’s dad, Jamie Spears, as the $16,000-a-month conservatorship boss who pulled the strings on his daughter’s career and welfare. 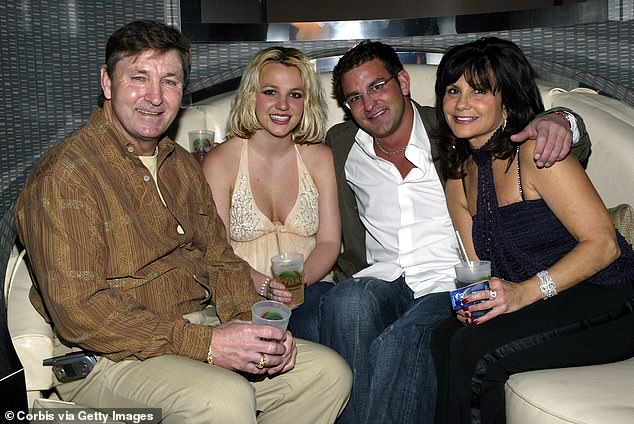 During Friday’s 30-minute hearing, Britney’s attorney, Mathew Rosengart told Judge Penny that the singer had repeatedly testified and declared in court filings that she ‘wants her life back and she wants this conservatorship to end.’

And Rosengart also pointed out that even her father Jamie had said in court documents that he ‘believes the conservatorship should be terminated without reservation or exception.’

Rosengart added: ‘The conservatorship should end now. There is no reason for another second of delay.’

Rosengart told the court that, earlier on Friday, temporary conservator Zabel had filed a ‘termination care plan’ under seal with the court, detailing how over the next few weeks he will tie up the remaining administrative ends of the conservatorship and transfer all assets to Britney’s trust. 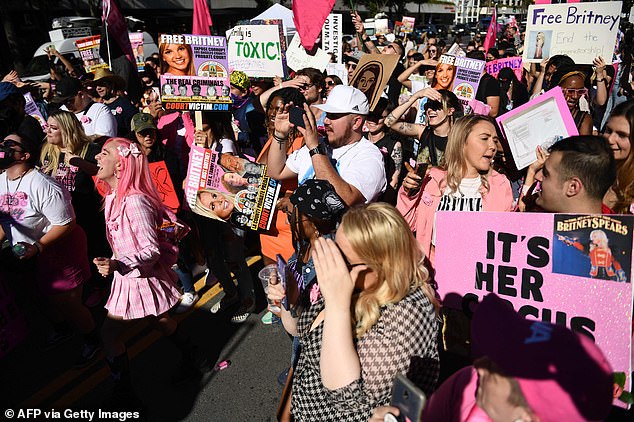 Supporters of the FreeBritney movement rally in support of musician Britney Spears for a conservatorship court hearing, outside the Stanley Mosk courthouse

‘There is no reason why Britney can’t have a happy, fulfilling life after termination of this conservatorship,’ Montgomery’s attorney, Laurianne Wright told the court.

Now, Jamie could face a major civil lawsuit – or even criminal charges – after Rosengart, accused him of ‘mismanaging’ her finances, profiting from the conservatorship and illegally monitoring and electronically spying on her, even in her bedroom.

Jamie on Friday was seen at a Louisiana lumber yard.

The 69-year-old was spotted in cargo pants, a baseball cap and a long-sleeved t-shirt at the yard in Kentwood – where he was born, where Britney was born, and where he and his ex-wife Lynne still live. 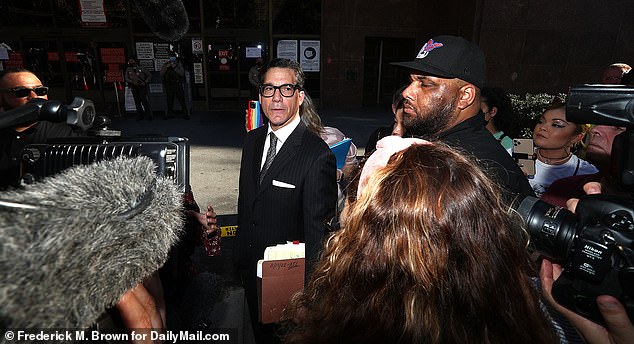 Mathew Rosengart, attorney for Britney Spears, is seen on Friday outside the courthouse on Friday