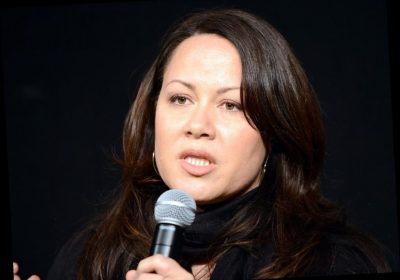 Shannon Lee, the daughter of Hollywood legend Bruce Lee, spoke out publicly this week on the dangers of anti-Asian hate speech in the wake of the killings of six Asian women in the Atlanta mass shootings on Tuesday. In a series of tweets which she posted from the official Bruce Lee family Twitter account, she warned that normalizing or downplaying anti-Asian rhetoric only serves to embolden hate, which can result in acts of violence.

“This is where ‘kung flu’ leads,” Lee wrote. “You think it’s a joke and that we shouldn’t be so serious about it. But then there are those who latch onto it with hatred and xenophobia and use it to fuel their fear and contempt until it explodes into heinous acts.”

“Kung flu” refers to one of the slang terms which emerged online following then-President Donald Trump’s description of Covid-19 as the “Chinese virus” in the early days of the pandemic. The last year has seen numerous instances of the scapegoating and “virus-blaming” of Asian communities in the United States, through hate speech as well as physical attacks.

“This is what happens when we try to break the oneness into separate parts and decide to categorize and rank the parts as good and bad, better or worse, belonging or not belonging,” Lee continued.

“What would it cost you to decide we are all one family? But really? What is lost by transforming contempt to acceptance? It’s time to look within and ask yourself, do I want to be at peace? Can I operate from love? Will I stand with my human family and embody the end of hate? You’re invited to the family gathering. Please join us.”