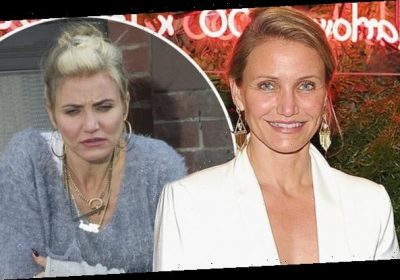 ‘I waited for this so I didn’t have any distractions’: Cameron Diaz is ‘not looking to’ return to acting because she ‘couldn’t imagine’ leaving her baby for 14-hour shoot days

Cameron Diaz is ‘not looking to’ return to acting after retiring from movies more than five years ago.

The actress, 48, became a mother for the first time in December 2019 when she welcomed daughter Raddix, now 13 months, into the world with her rocker husband of five years Benji Madden, 41.

The Vanilla Sky star revealed on the Quarantined With Bruce radio show that she is not planning a return to the screen because she ‘couldn’t imagine’ leaving her baby Raddix to embark on 14-hour shoot days.

Cameron explained how she waited until later in life to embark on motherhood ‘so I didn’t have any distractions’. 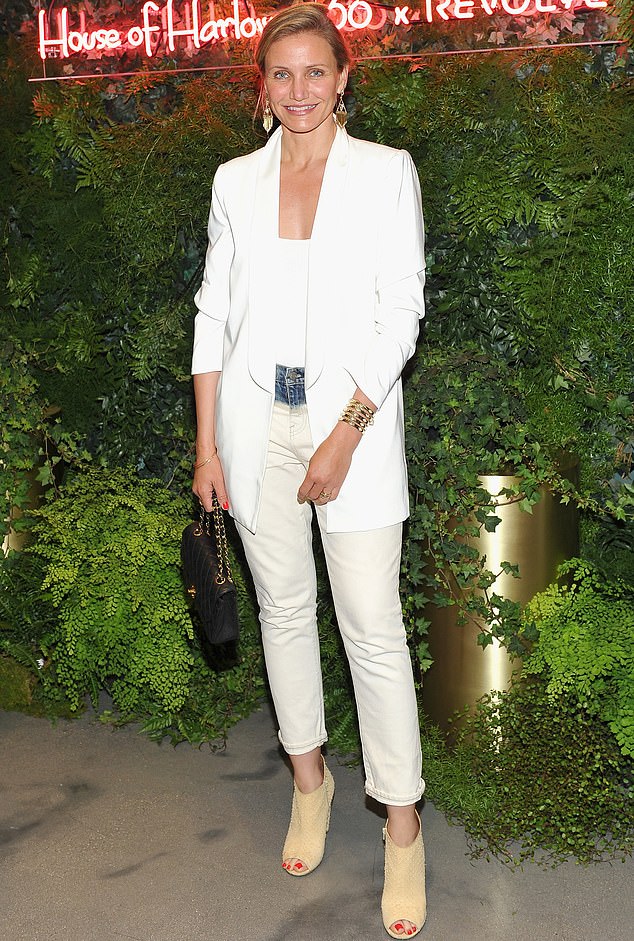 As seen in 2016: Cameron Diaz revealed on the Quarantined With Bruce radio show that she is ‘not looking’ to return to the screen

She said: ‘[Motherhood and marriage] have been most fulfilling part of my life so far. It’s just like so important. I just feel like it’s, it’s everything that, you know.

‘I probably somehow waited for this so that I could do all that other stuff, so I didn’t have any distractions. You know what I mean?’

As to whether she will go back to movies, Cameron said: ‘Look, I’m never gonna say never about anything in life. I just am not that person.’

‘So will I ever make a movie again? I’m not looking to, but will I? I don’t know. I have no idea. Maybe. Never say never. 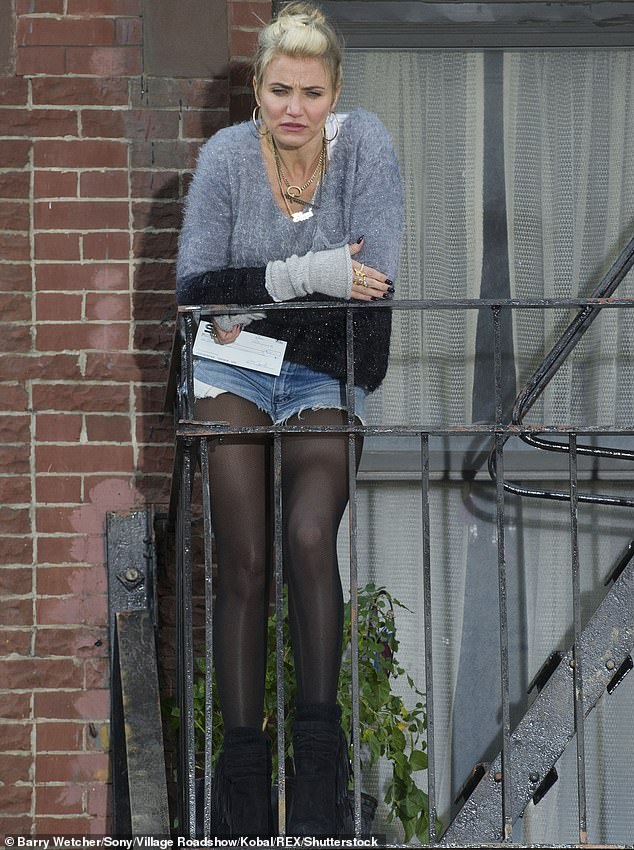 There she is: Her last movie was the 2014 flop remake of Annie where she played Miss Hanigan, a role played in the first Annie film by Carol Burnett

‘But I couldn’t imagine being a mom, now where I’m at as a mother and with my child in her first year, to have to be on a movie set that takes, you know, 14 hours, 16 hours away from my child. I just couldn’t.’

She continued: ‘And I feel for so many mothers who have to go to work, you know? Whatever they’re doing. I feel so much for them and for their children and for all that.

Cameron explained that her wine brand Avaline, which she co-launched last summer, is ‘the only sort of day-to-day work that I’m doing’ –  aside from being a homemaker. 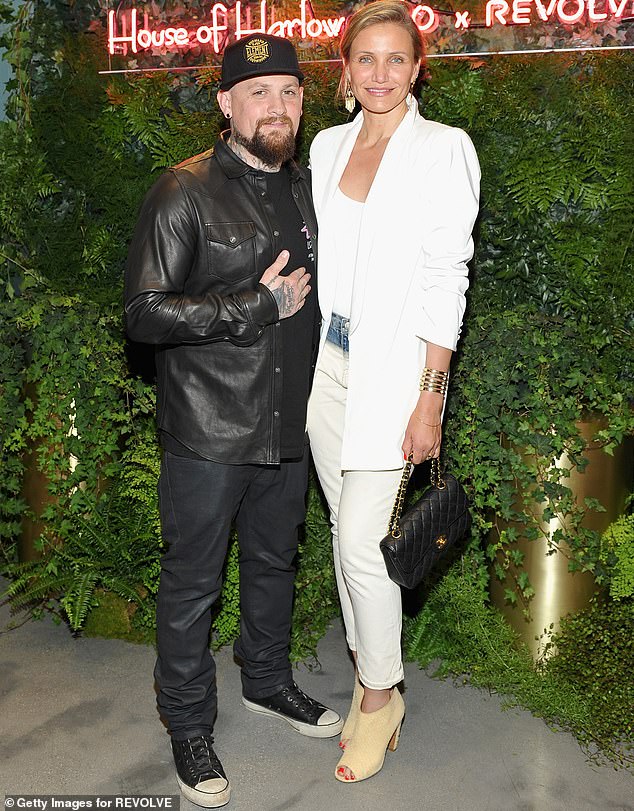 With her man: She shares her firstborn daughter with her husband Benji Madden of Good Charlotte fame whom she has been married to since 2015 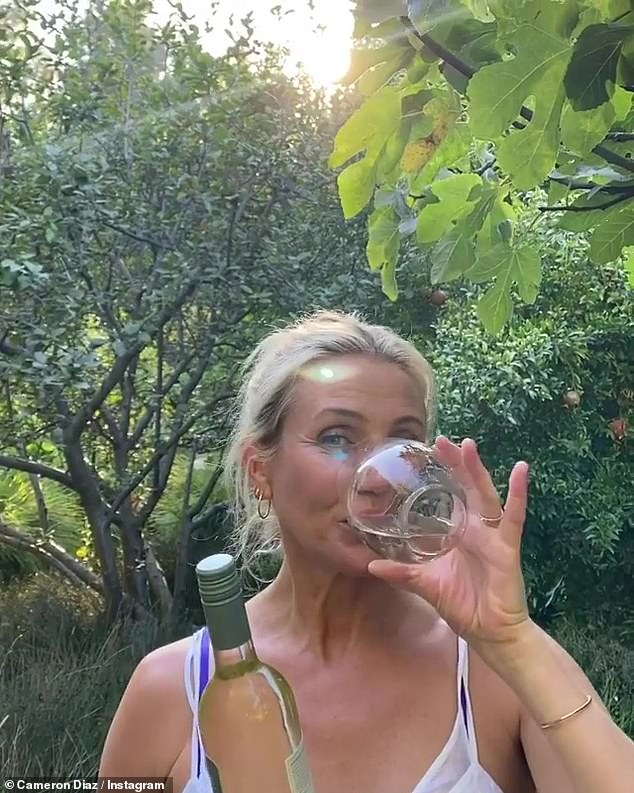 Wine connoisseur: Cameron explained that her wine brand Avaline, which she co-launched last summer, is ‘the only sort of day-to-day work that I’m doing’

She said: ‘I personally feel like that wasn’t the mom that – I wouldn’t have been the mom that I am now had I chosen to do that at any other time in my life.’

Cameron, whose last film was the 2014 remake of Annie, discussed her life choices while chatting to her close friend Gwyneth Paltrow for Goop last year.

During the interview Cameron revealed she left the movies to ‘focus on my personal life’ and ‘become self-sufficient again’ as ‘actors are infantilized’ in Hollywood.

The major life change allowed to to find ‘peace in my soul because I was finally taking care of myself,’ Cameron revealed.

‘I just decided that I wanted different things out of my life. You know, I’d gone so hard for so long, working, you know, making films and it’s such a grind, and I didn’t really make any space for my personal life,’ she explained.

Cameron added: ‘I really looked at my life, and I saw what I had been. Because when you’re making a movie, it’s the perfect excuse. They own you. You’re there 12 hours a day for months on end. You have no time for anything else.’

The Hollywood star ultimately ‘realized I handed off parts of my life to all these other people, and they were – they took it, you know. And some people did – I had to basically take it back, you know, and take responsibility for my own life.’ 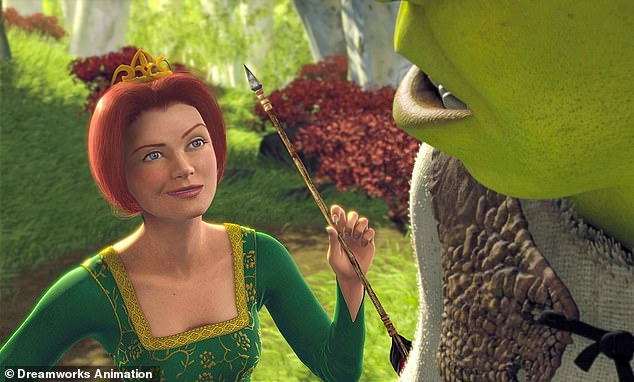 Hollywood star: Cameron has appeared in numerous blockbusters, including Charlie’s Angels and Shrek in which she plays Princess Fiona

In 2013, she was named the highest-paid actress over 40 in Hollywood.

It was that year when rumours began circulating that Cameron had turned her back on her acting career to focus on motherhood.

Cameron’s friend Selma Blair, who stars in the 2002 movie The Sweetest Thing with the blonde beauty, had first leaked the news when she said: ‘I had lunch with Cameron the other day, we were reminiscing about the film.

‘I would have liked to do a sequel but Cameron’s retired from acting, she’s like “I’m done”.

‘I mean, she doesn’t need to make any more films, she has a pretty great life, I don’t know what it would take to bring her back.’ 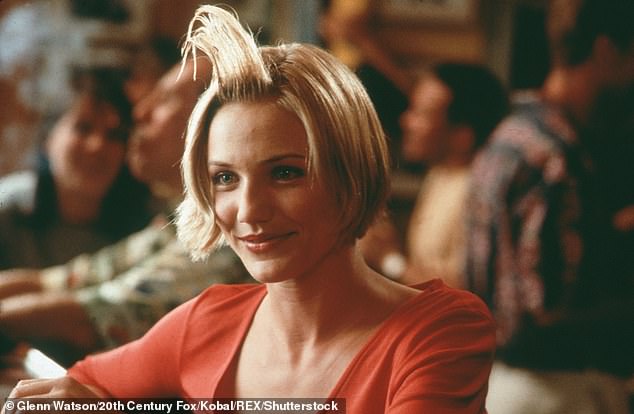 Aglow: Cameron became a star in the 1990s appearing on comedy films such as the 1998 Farrelly brothers feature There’s Something About Mary