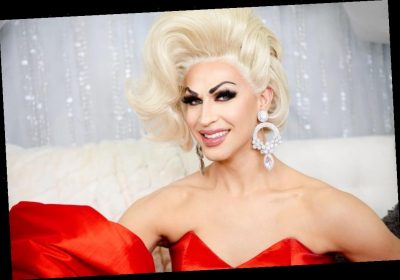 RuPaul is known for many things. On RuPaul’s Drag Race, she’s a mentor and judge. In the music world, she’s the artist behind songs like “Cattitude” with Miley Cyrus. To the contestants on the reality competition series, she’s also super tall.

She’s the queen of drag and she’s on a mission to find “America’s Next Drag Superstar.” RuPaul is the Emmy-Award winning host of RuPaul’s Drag Race, a reality competition series with drag performers showing off their makeup, comedy, singing, and acting skills.

How tall is RuPaul?

According to Showbiz Cheat Sheet, RuPaul is about 6 feet 4 inches tall. That’s not including heels or the wigs that RuPaul often wears in drag. Even out of drag, in the Werk Room, RuPaul towers over some of the contestants on the series.

As a ballet dancer, the host of Canada’s Drag Race, Brooke Lynn Hytes, comes in at about 6 feet 2 inches tall, just a few inches shorter than RuPaul. Prior to her role with the spinoff, this drag performer made it to the finals of RuPaul’s Drag Race season 11, being the first Canadian queen to do so.

After spending time with RuPaul in the Werk Room and on the mainstage, Hytes shared what it’s like being next to RuPaul in real life. Mostly, it’s just RuPaul being very tall.

“RuPaul is lovely, and very tall,” former contestant, Brooke Lynn Hytes said during an interview with Cosmopolitan. “We’d probably see him once or twice a day. He’s very professional, and I think it’s important that people realize that there has to be kind of a separation from the judge and the contestant.”

“He’s not chumming it up with us all the time,” she continued. “When the cameras aren’t rolling, he doesn’t speak to us really, because we’re making a TV show it needs to be kept for TV. But he was never cold.”