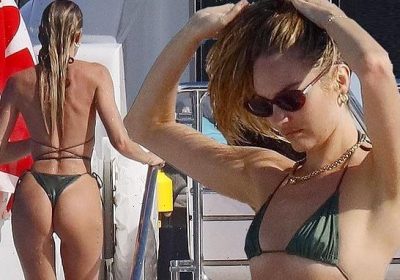 Candice Swanepoel and a mystery male friend were seen soaking up the sun while relaxing on a yacht in the French Riviera on Saturday afternoon.

The 32-year-old Victoria’s Secret model appeared to be enjoying her pal’s company as they spent time on the water, and they were later spotted jumping into the azure-blue waves for a quick swimming trip.

The supermodel and clothing designer was previously in a long-term relationship with her former partner, Hermann Nicoli, with whom she shares sons Anacan and Ariel, aged four and two. 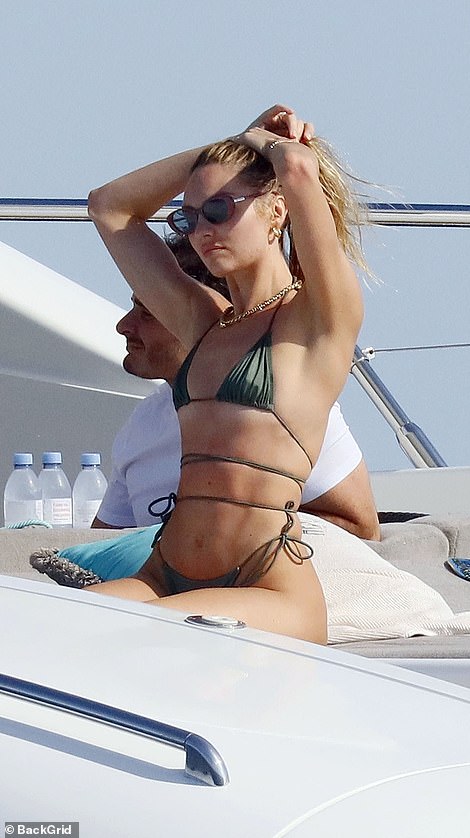 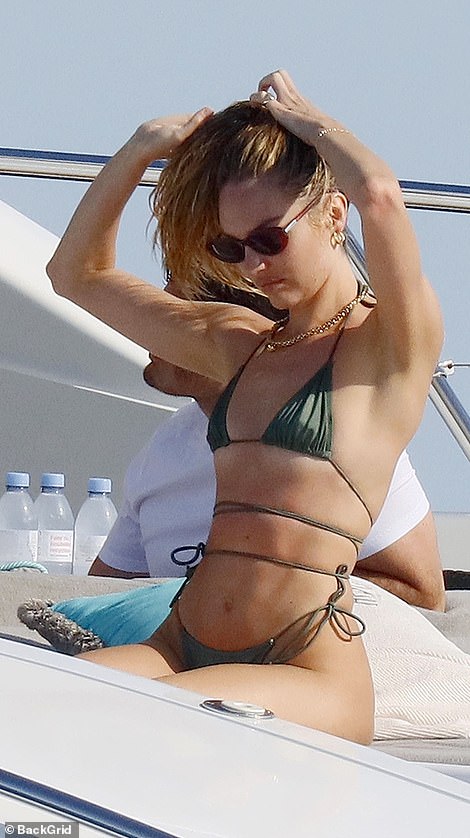 Beach body: Candice Swanepoel and a mystery male pal were spotted soaking up the sun while spending time on a yacht in the French Riviera on Saturday afternoon

Swanepoel was dressed in a dark green Praia bikini top from her very own swimwear line, Tropic of C, during the outing.

She paired her top with a matching bottom that placed her curvy hips and long legs on full display.

The fashion industry figure notably sported a few articles of gold jewelry that added a bit of shine to her skimpy outfit, as well as a stylish pair of crimson-framed sunglasses.

The South African native’s beautiful blonde hair was tied back for part of her excursion, although she later let it go free before she stepped into the water.

The supermodel’s mystery pal kept it toned-down during the yacht trip, as he wore a white t-shirt and a pair of patterned blue trunks.

At one point, Swanepoel was seen hosing him down before the two returned to the back part of the vessel.

Pairing off: The South African native paired her top with a matching bottom that showed off her curvy thighs and legs. She added a few elements of shine and sparkle to her outfit with several articles of jewelry 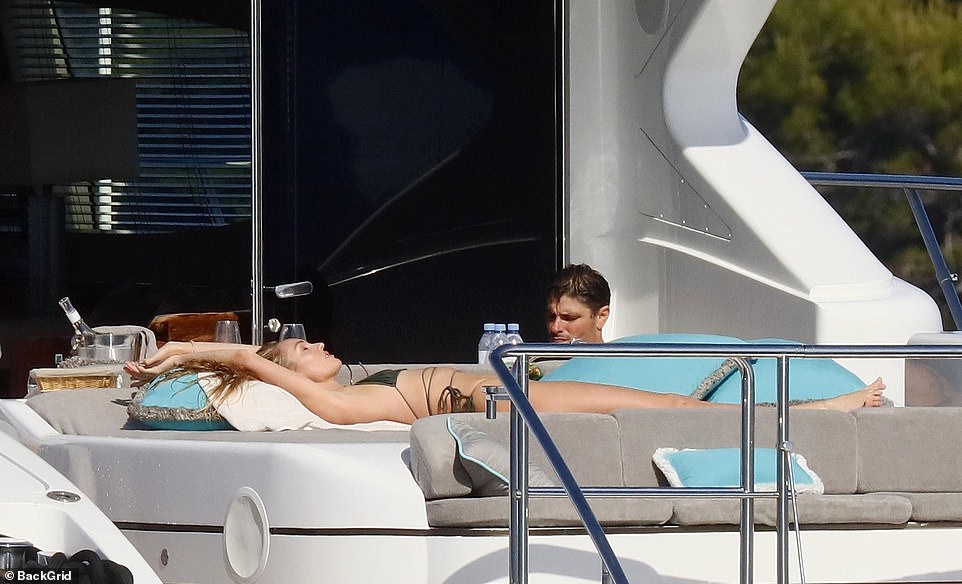 Luscious locks: Her shining blonde hair remained tied back for part of the outing, although she later let it all run down her backside after stepping out of the water 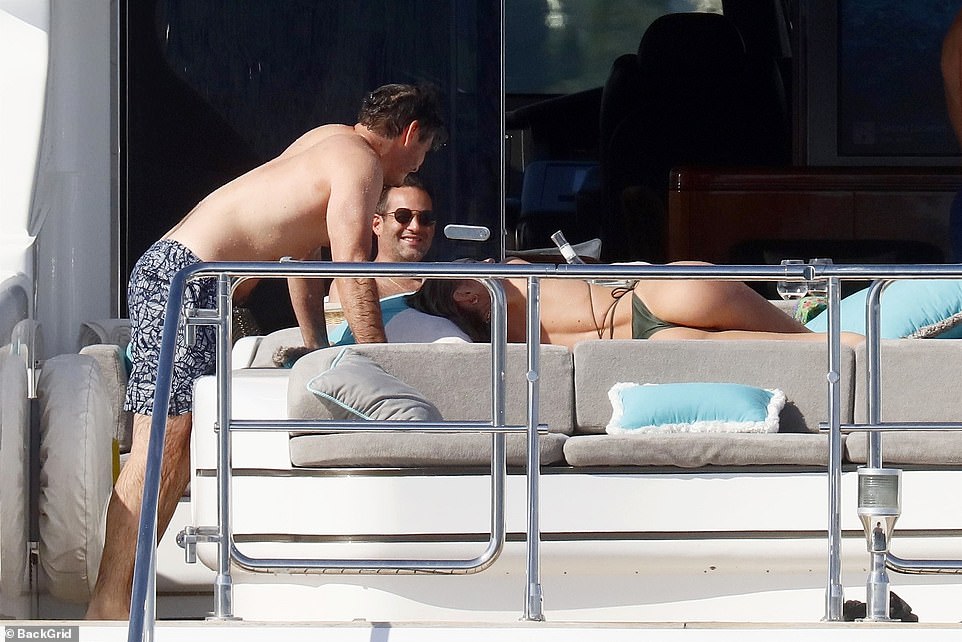 The swimwear designer was previously in a long-term relationship with fellow model Hermann Nicoli.

The two met in Paris when she was 17 years old, with their first meeting occurring during a fashion show.

The former couple maintained a long-distance relationship for a lengthy period of time, although they were spotted together in public on several occasions.

In 2015, however, the pair took things to the next level when Nicoli popped the big question to Swanepoel, who readily accepted his proposal of marriage.

The following year, the supermodel took to her Instagram account to announce that she was expecting a child with her fiance, and she gave birth that October. 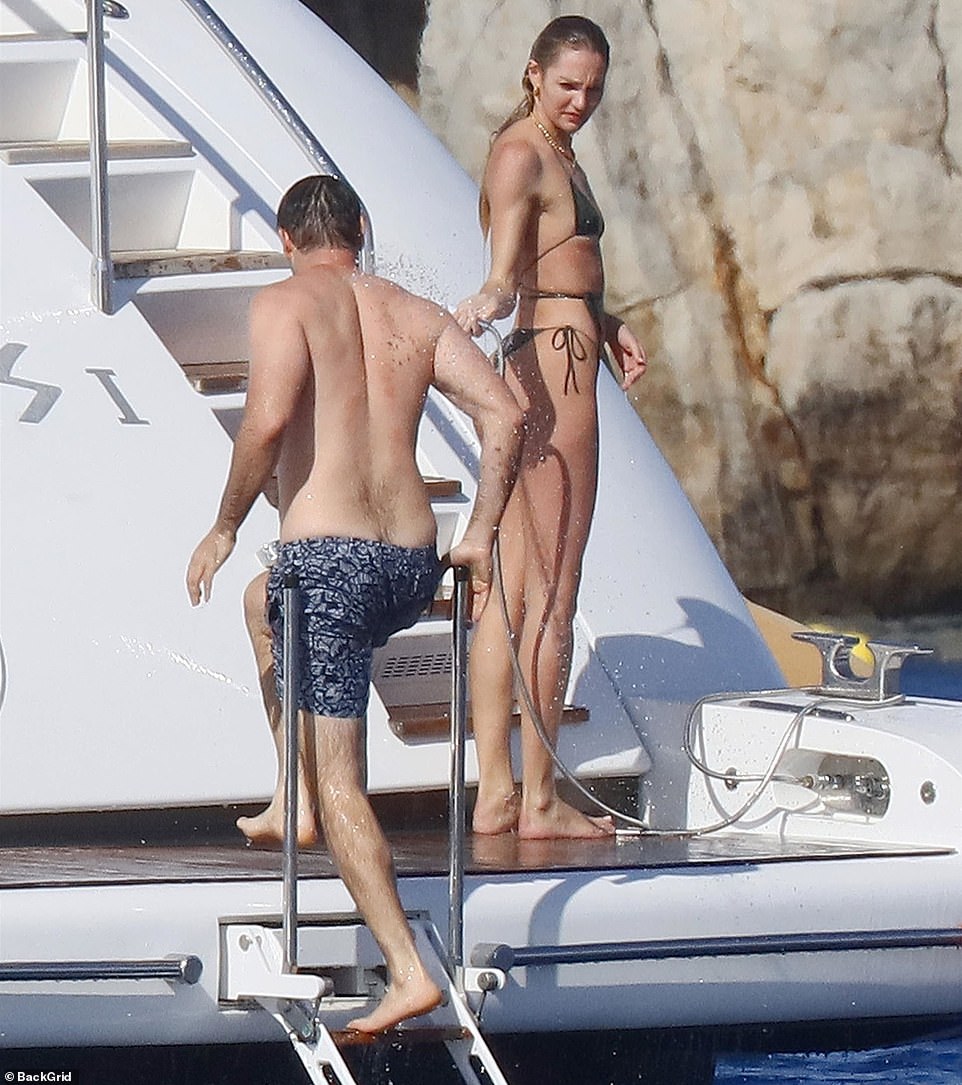 Meeting early: The couple was initially connected after they met at a fashion show in Paris when the swimwear designer was just 17 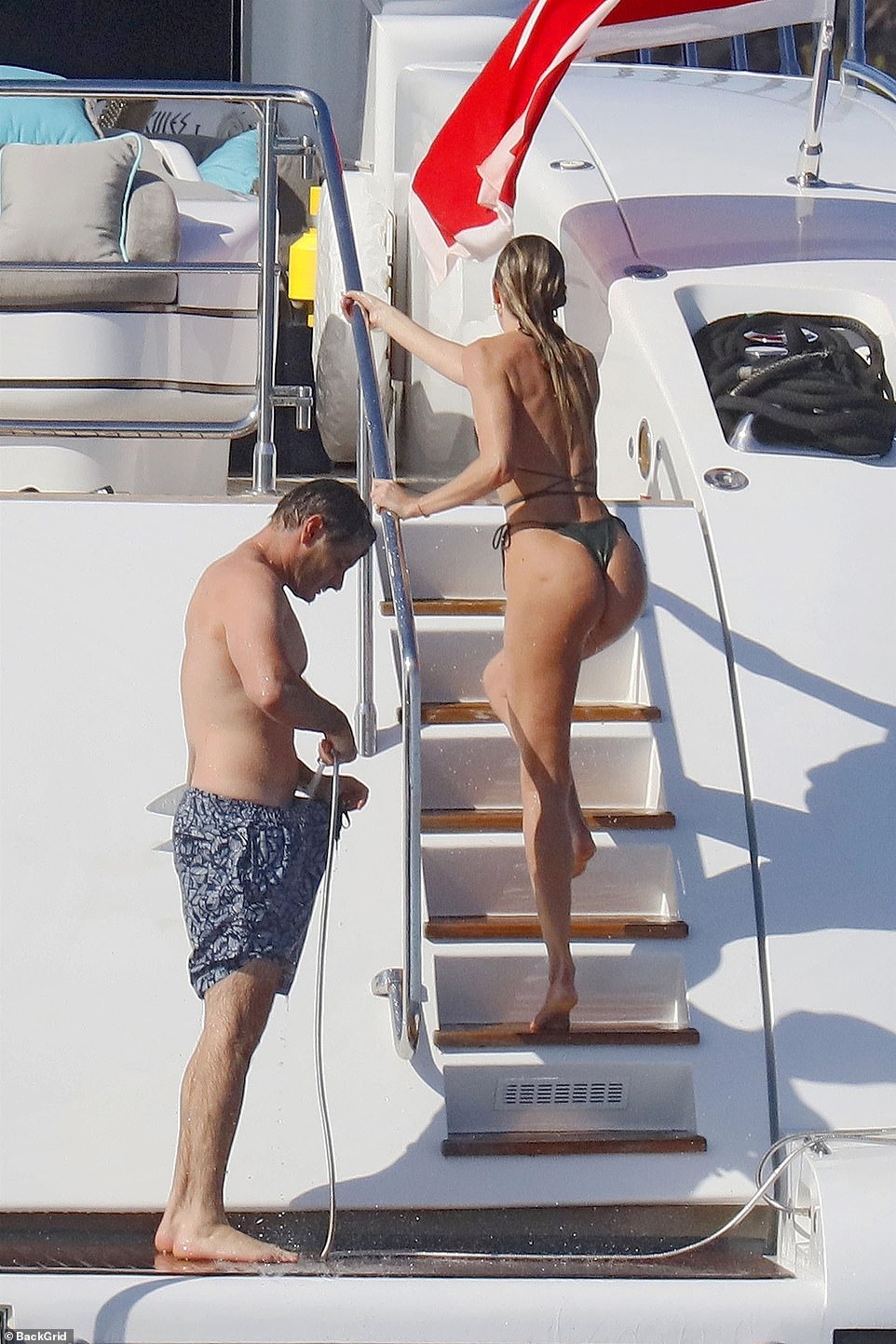 The fashion industry figure regularly shared photos of her baby boy on her Instagram account over the next year and would express her love for her child in the captions for her posts.

In December of 2017, the runway fixture announced that she was pregnant for a second time, and she gave birth to Ariel the following June.

However, Swanepoel’s personal life entered a rocky period shortly after her second child’s arrival when she and Nicoli began showing signs of separation, and her fans noticed that the two had unfollowed each other on Instagram. 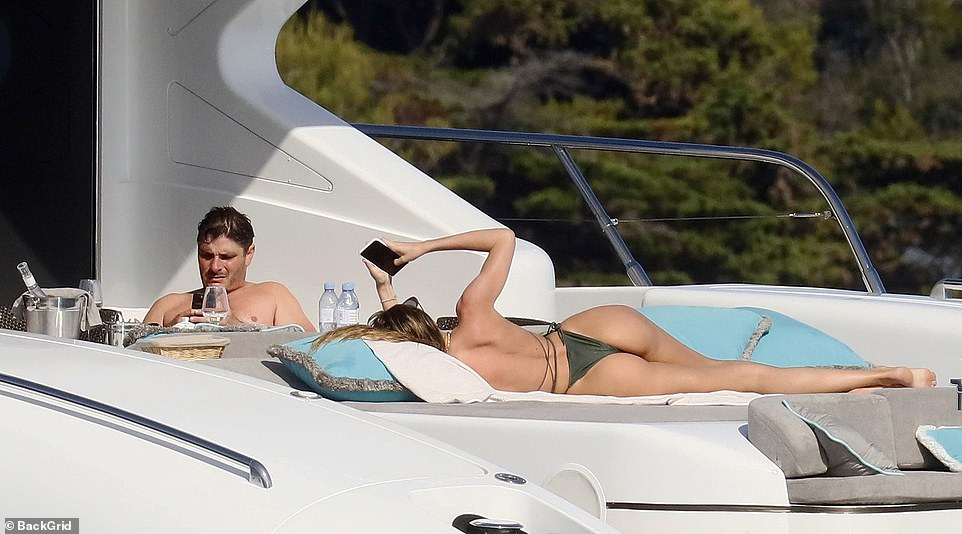 Round two: In late 2017, Swanepoel announced that she was pregnant for a second time, and gave birth the following June 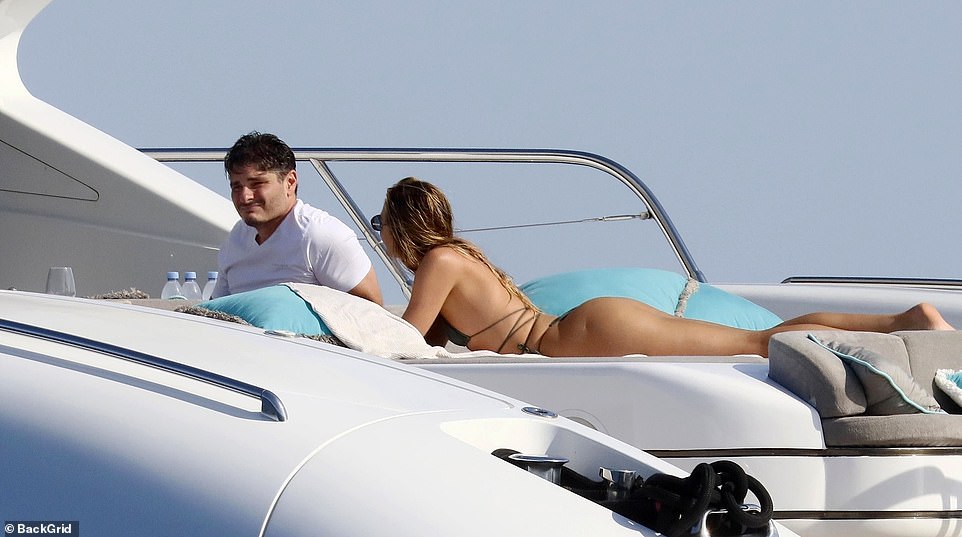 On the rocks: The model and her fiance began showing signs of estrangement following the arrival of their second son, and they eventually split in late 2018

Although the two never discussed their breakup publicly, the two broke things off for good in November of 2018, and the supermodel announced that she was single the following year.

Swanepoel spoke about having to take care of a pair of children during an interview with People and noted that although she was prepared to welcome her second son, she was not necessarily expecting everything that came with two kids.

‘It’s pretty intense, but it’s amazing. To see the love between them is amazing…It’s a lot, I’m not gonna lie. The second one is a lot easier, but the situation of having two makes it harder,’ she said. 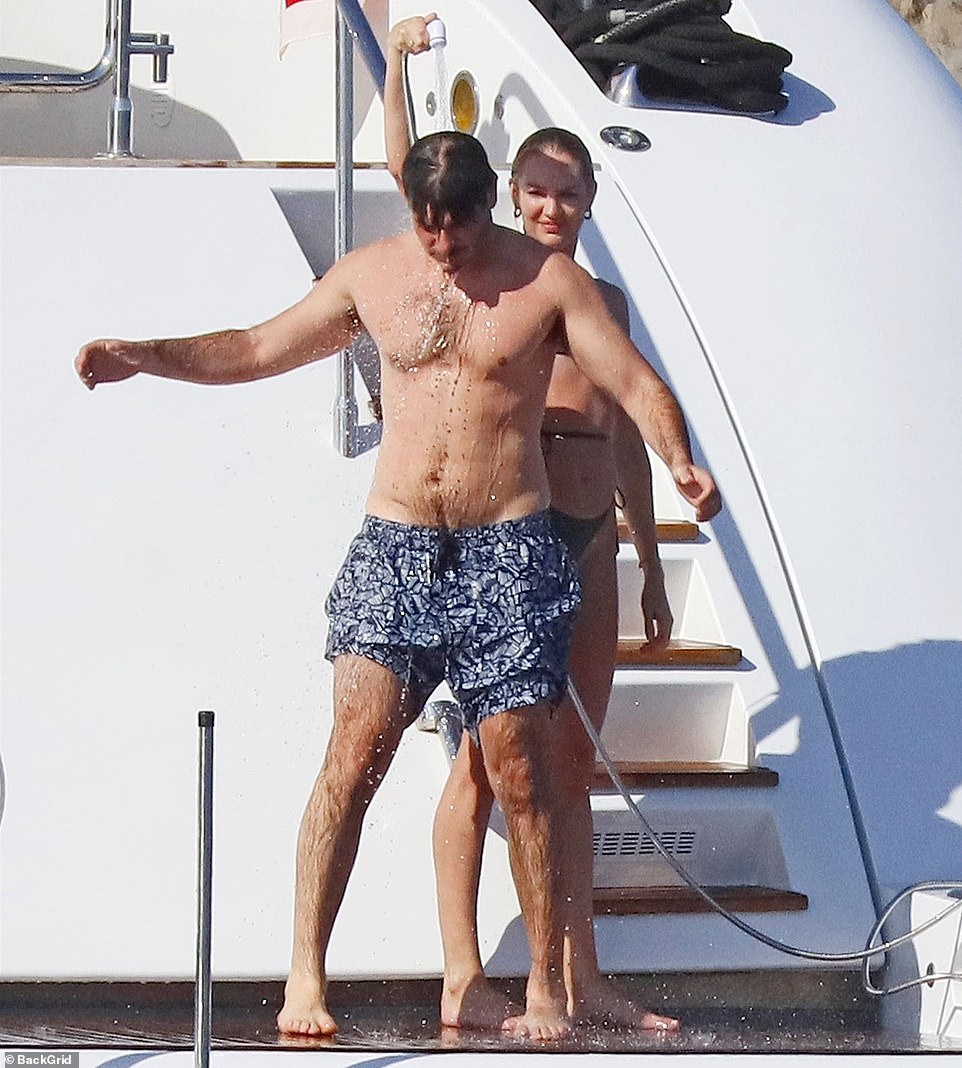 Handling it: Swanepoel spoke about being a mother to two children during an interview with People, where she describes parenthood as ‘pretty intense, but it’s amazing’