‘You look like sisters’: Carol Vorderman, 59, poses alongside lookalike daughter Katie, 29, as the pair launch new content for her online maths school

Carol Vorderman was told her daughter Katie King looks more like her sister as they posed for a recent snap together.

The TV presenter, 59, looked stunning as she posed next to her lookalike daughter, 29, in a photo she uploaded to Twitter on Friday.

The Countdown host shared the shot of the pair standing side by side and commented ‘like mother like daughter’. 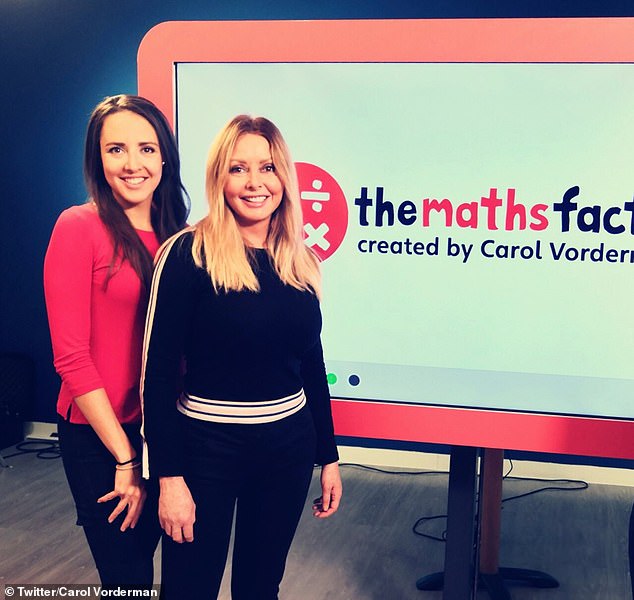 Lookalikes: Carol Vorderman, 59, looked stunning as she posed next to her look-alike daughter Katie King, 29, on Friday

She has an online maths school, called The Maths Factor, which is aimed at children between four and 12.

The TV host posted the photo on Twitter as she celebrated the launch of new Year 7 maths content, which she and her daughter will be teaching.

She captioned the post: ‘Newly out today….. Year 7 Maths on my maths school @themathsfactor.

The Maths Factor: The mathematician was celebrating new Year 7 maths content on her online maths school, which she and Katie taught 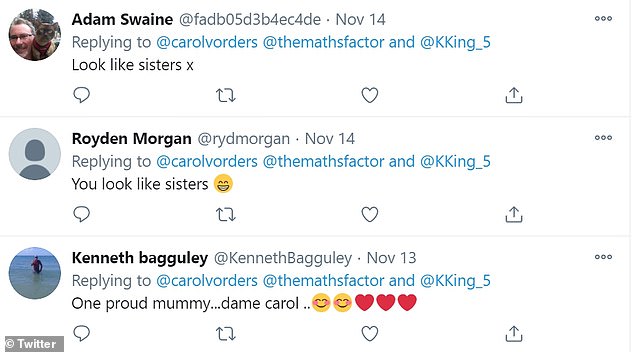 Family: Some of the star’s followers quickly commented on the physical similarity between the pair

‘The teachers are me AND my daughter Katie @KKing_5 (now a research scientist….. and a great teacher herself) #LikeMotherLikeDaughter’.

Some of the star’s followers quickly commented on the physical similarity between the pair with one writing: ‘You look like sisters’, while another added: ‘One proud mummy… dame Carol’.

Earlier this month, Carol showed off her racy side on Twitter after seeing Christmas Eve – which is coincidentally her birthday – was trending.

The former Countdown ace shared a throwback photo from her 37th birthday in a very sexy Mrs Claus’ costume as she enjoyed a glass of wine.

Carol showed off her ample cleavage in the festive velour number which came complete with a fluffy white trim. 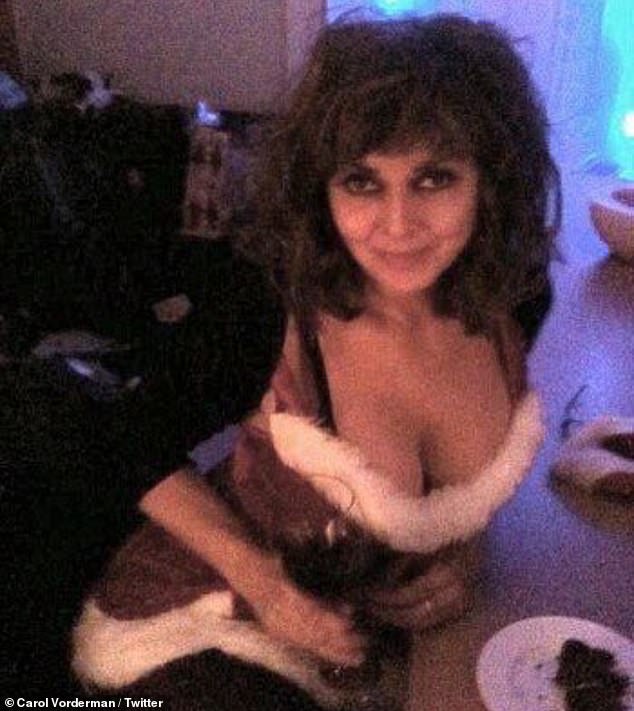 Wow: Carol Vorderman showed off her racy side in a Mrs Claus throwback snap on Twitter on Wednesday after seeing Christmas Eve- which is coincidentally her birthday- was trending Throwback: Carol captioned the post: ‘Awwwww….#ChristmasEve is trending. Is that everyone planning what to give me on my special birthday this year??? #37andDontArgue’

The presenter’s hair was voluminous and she sported her signature black smoky eyeliner in the snap.

She previously was forced to defend her figure and deny having bum implants after causing a stir when she stepped out in some very tight jeggings.

The TV personality, who has twice won Rear of the Year in 2011 and  2014, explained that her shapely behind was simply down to genes, exercise and HRT medication.

‘But I think the high-waisted jeggings in the picture — which I bought in Marks & Spencer a few weeks ago for about a tenner — give you a much more defined silhouette. Even I thought ‘Blooming hell’ when I saw some of those pics.

‘If I wore loose clothes, I’d look like Hattie Jacques. And knickers dig into my big bum — so, like most girls, I don’t wear them on the red carpet if I’m in a clingy dress.’

She continued: ‘I promise I haven’t had bottom implants. It’s the same old bottom. In my family, loads of us have it: the Vorderman A**e. My daughter Katie has it. My nephew has it. We’re all sticky-out-bottom people.

‘And I’ve been working out for decades, so the shape of mine is down to years of keeping fit.’ 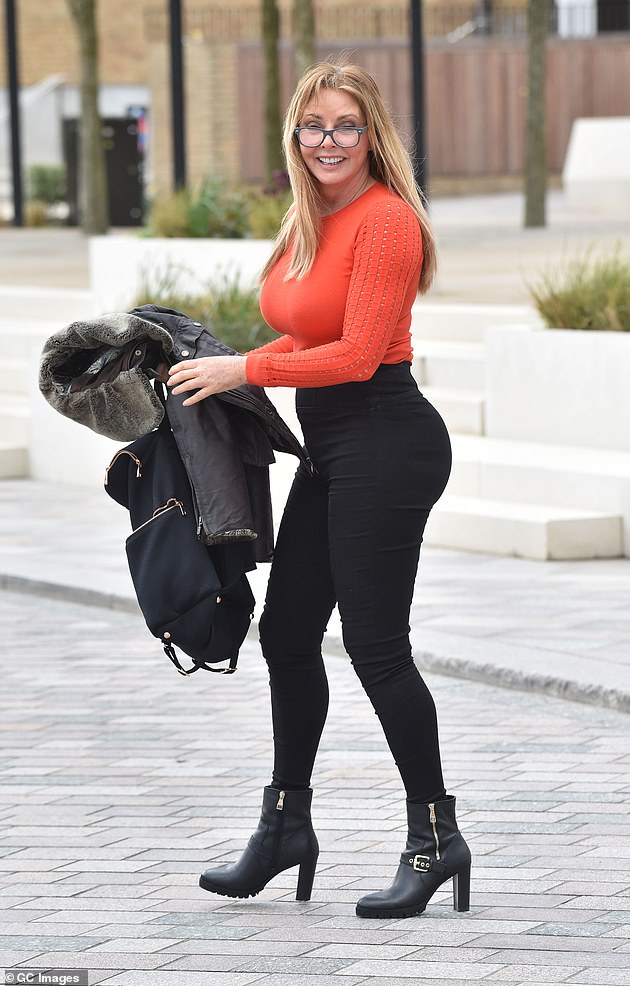 Extraordinary: Carol previously was forced to defend her figure and deny having bum implants after causing a stir when she stepped out in some very tight jeggings (pictured last year)