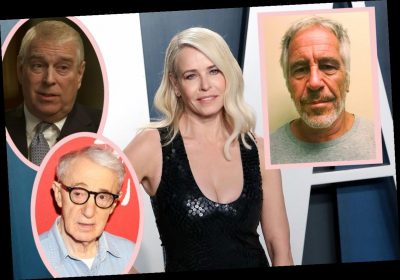 We need more stories like this. We need more tea-spilling, more name-dropping, and more incrimination.

Because when it comes to monsters like Jeffrey Epstein, we need to know who knew what and when — and who took part in the criminal activities.

Unfortunately, most of the celebs and glitterati who attended all these infamous parties thrown by the billionaire pedophile aren’t talking for fear of being associated with it. But Chelsea Handler doesn’t care — and doesn’t have anything to hide! Speaking to Rob Lowe on his Literally podcast this week, she spilled about the time she went to a fancy dinner party with some other famous faces:

“I did go to dinner at Jeffrey Epstein’s house. I didn’t know who Jeffrey Epstein was. It was like twenty — I don’t know what year it was but it was a long time ago. I went with Katie Couric.”

OK, so Chelsea didn’t know who Epstein was. But why did her pal Katie Couric bring her there? Did she know Epstein? Chelsea may not remember when this was, but we do know she and Katie were hanging out after 2010 when Katie invited her to the White House Correspondents Dinner. If this was that late, this was way after Epstein’s original sex trafficking investigation (and subsequent sweetheart deal). As a journalist she should have known all about it. Hmm.

Chelsea makes it clear she had no idea what she was doing there — much less the other celebs surrounding her. She says:

“I was at that dinner party, but not for very long. When we got there I was like, ‘What is this gathering?’ Oh yeah, Prince Andrew was there with — no, with no one. He was there with Jeffrey Epstein.”

Ah, so again… Andrew has tried to distance himself from Epstein lately as his old friend was arrested and charged with sex trafficking again. But just how recently were they hanging out? Very inneresting…

But we already know about Prince “No Sweat” Andrew. Who else was there? Chelsea spills:

“Woody Allen and Soon-Yi Previn were there. Charlie Rose was there.”

Wow. How interesting. Three for three with men that have had sexual misconduct accusations lobbied against them. 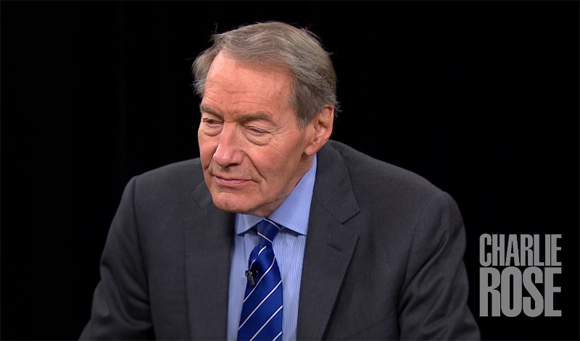 As for Woody, well… that is quite well documented. Not just the child molestation claims he has long denied but also the marrying of his ex-wife’s adopted daughter — which has been a scandal for three decades. Despite its notoriety, Chelsea completely blanked! She told Rob:

“Yeah, we had dinner and it was so awkward and so weird. I was like what are we doing here? And then I asked Woody Allen how he and Soon Yi met and that was when I left.”

Rob couldn’t believe it either; he interrupted:

“Wait a minute. You asked Woody Allen how he and Soon Yi met?”

“At that point of the night I was like, ‘This is such a ridiculous dinner party, who are these people?’ … I really was curious. I had forgotten for a moment and so I asked them what I would ask any other couple. But as it came out of my mouth I knew that it was too late and I was like, ‘Oh.’”

How did they react?

“And he loved it, and Soon Yi, I don’t think she heard it and Katie looked at me and was like, ‘Let’s go.’”

“I love social faux pas stories. That’s a great one.”

To which Chelsea quipped:

“But could you consider that a faux pas? I’m not being rude, they are — by marrying your step child. Like, that’s rude. So I don’t even consider it a faux pas.” 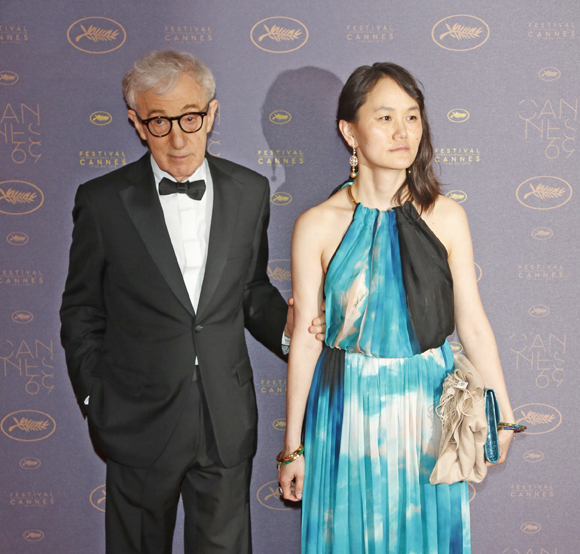 Chelsea wanted to make it clear she was not rubbing elbows with Epstein on the reg. This was a one-time thing:

She added that the gathering was “very confusing” to her.