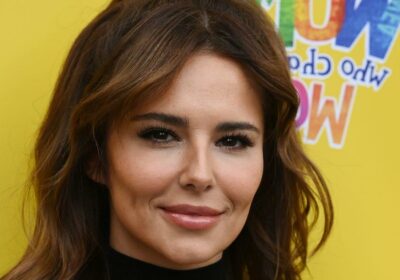 The former X Factor judge, 39, opened up about her experience and said she and Sarah –who tragically died aged just 39 in September 2021 to breast cancer– had spoken about their spirituality and Sarah had “promised to come and visit Cheryl after her passing.”

Cheryl shared the story on the 5 Minutes On podcast where she revealed what had happened.

She said: “I was driving to Newcastle last year and for weeks I had been fiddling around with my car to try and get the Bluetooth working and I couldn't.

“I was so infuriated with it I gave up, I let it go for a couple of months.”

“I laughed and then I cried. What did she name the book after? Hear Me Out, it was her thing.”

Cheryl then went on to discuss the conversation her and Sarah had previously about spirituality.

She said: “I think of myself as a spiritual person, and I guess Sarah does too, so there's been an honesty between us when we talk about what might be.

“I've always believed that the end of our life on Planet Earth isn't the end of everything and that we go to an incredible place once it's over.

“We've also made a pact that if and when she's left us, she's going to come back and visit me.

“We haven't decided exactly what form she might take, or what sign she might give to let me know it's her, but I said I don't mind as long as she doesn't come when I'm on the loo.”

Cheryl and her other former bandmatesNicola Roberts, 36, andNadine Coyle, 37, came together earlier this month at London's Hyde Park to take part in the Race for Life charity run to raise money for Cancer Research UK in honour of their late pal Sarah.

Appearing on stage wearing matching pink charity-themed T-shirts, Cheryl started off the event with a heartfelt speech thanking all who had come to take part in the 5k challenge.

Wearing a pair of leggings alongside a cap to shield her eyes from the sun, Cheryl told the crowd: "Thank you, thank you everybody here for coming and doing this for Sarah or whoever you're doing it for. You're all incredible. Thank you."