Chris Moyles puffs on a cigarette in his Batman T-shirt Chris Moyles, 46, puffs on a cigarette in his Batman T-shirt following five stone weight loss after fearing he ‘would be dead by 50’

Chris Moyles continued to show off his slim physique when he stepped out in London on Tuesday.

The 46-year-old lost five stone by working out and changing his diet and told Metro in 2015 that he feared that he would be dead by 50 if he didn’t change his ways.

Chris puffed away on a cigarette as he made his way down the street, wearing a Batman T-shirt under a camo print padded jacket. 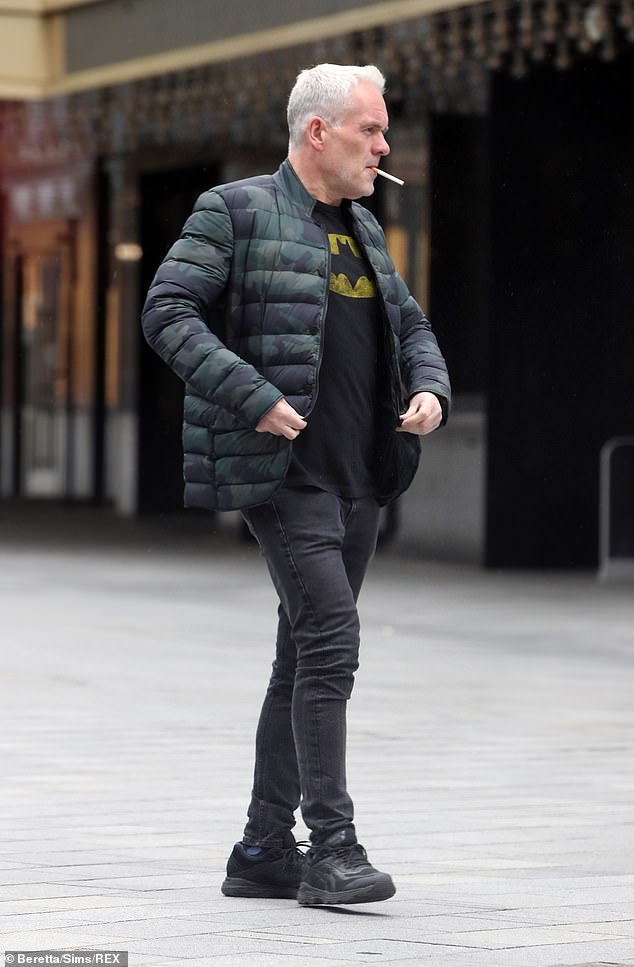 Health kick: Chris Moyles, 46, puffed on a cigarette in his Batman T-shirt following his five stone weight loss on Tuesday, after fearing he would be dead by 50

He wore slim fit black jeans and box-fresh trainers and showed off his new naturally grey hair he has adopted during lockdown.

Chris has said he managed to lose weight by ditching bread and booze, taking part in five-day detoxes and embarking on a strict fitness regime.

He attributed his former unhealthy lifestyle to working early morning shifts for Radio 1’s Breakfast Show, as it meant he would often eat junk food and snacks while working. 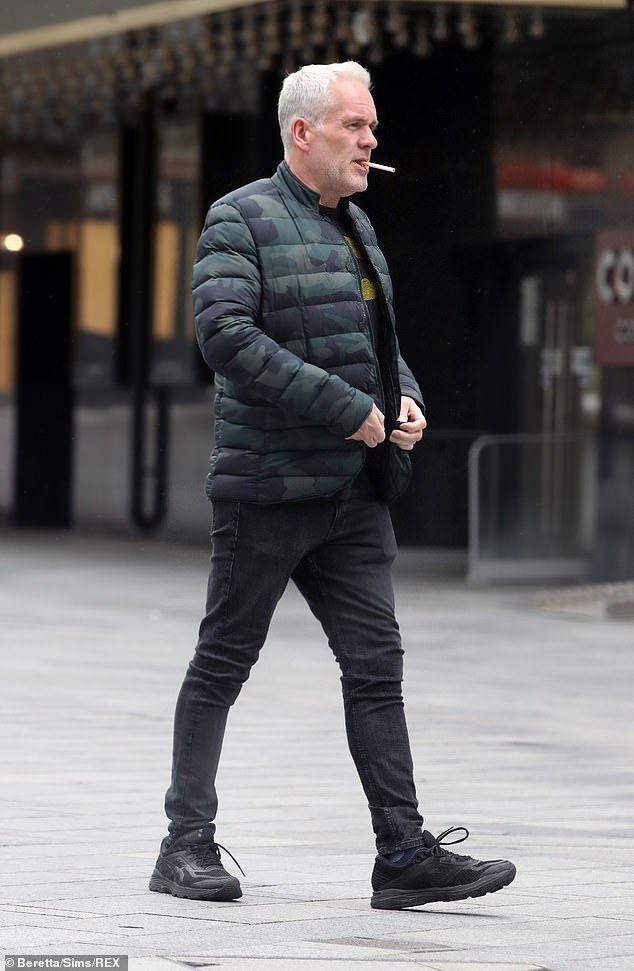 Dedicated: Chris has said he managed to lose weight by ditching bread and booze, taking part in five-day detoxes and embarking on a strict fitness regime

Calling his time on the show his ‘fat breakfast DJ stage’, the radio personality was previously said to rarely exercise and would often eat multiple takeaways a day.

Now working for Radio X, the star has been able to focus on having better eating habits and exercising, and he now credits his weight loss to running and ditching junk food.

According to GoodToKnow, before his weight loss mission Chris ate about 2,000 calories per day of unhealthy food, but the DJ has told fans he believed the number was much higher. 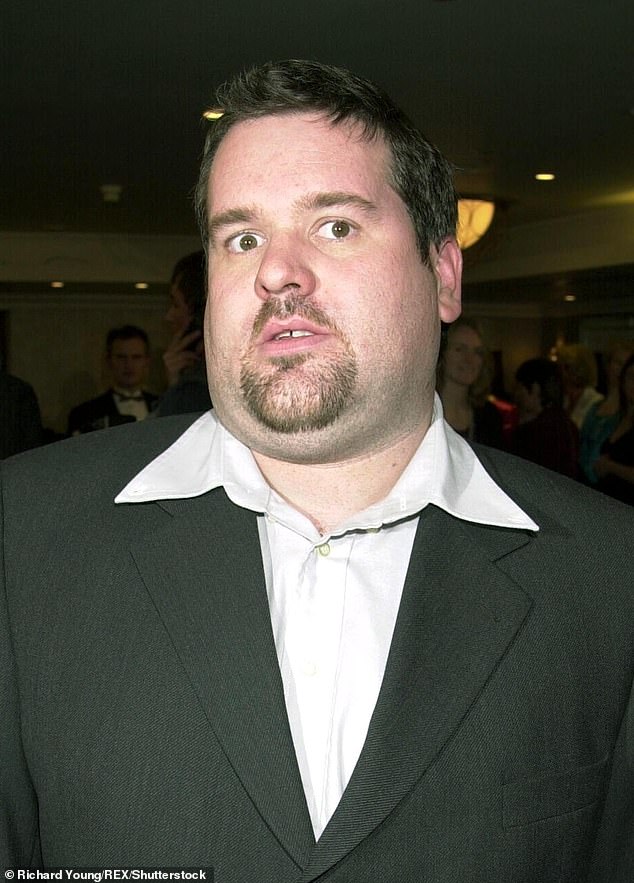 Candid: Chris has always been open about his battle with weight, and his fitness goals, and previously told The Sun in 2017 that he does occasionally ‘fall off the wagon’ (pictured in 2001)

Taking to his Facebook page at the time, Chris refuted: ‘Have you missed a zero off that? If I was consuming only 2000 calories a day, I could’ve lost weight!

‘The NHS website says a man needs around 2,500 calories a day to maintain his weight.

‘I eat eggs as they are. Chicken with skin on, only started eating fish recently and have turkey at Christmas.’

He now eats the same amount of calories, but has swapped greasy pizza and fatty ice cream for fresh fruit and vegetables, along with grains like quinoa and oatmeal

When he was previously accused of using weight-loss shakes to shed the pounds, Chris took to his Facebook to refute the claims as he’d ‘never even heard of’ it.

‘I don’t want people reading this and thinking that’s how I lost weight. So here, from my tiny mouth, is the truth,’ he wrote.

‘I just wanted you to know I didn’t use any supplements and I still… hate oatmeal.’

Customers browsing online who are invited to chat to store colleagues via ShopLive might find themselves a little surprised when Chris pops up assist them with their shopping experience. 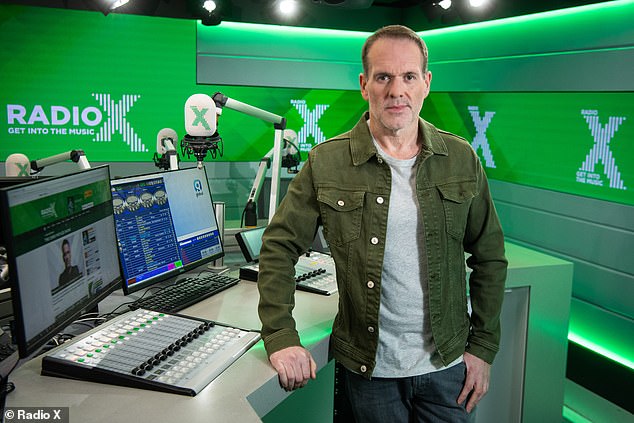 Overhaul: Now working for Radio X, the star has been able to focus on having better eating habits and exercise (pictured earlier this month) High street footfall down 50 per cent THREE WEEKS after reopening