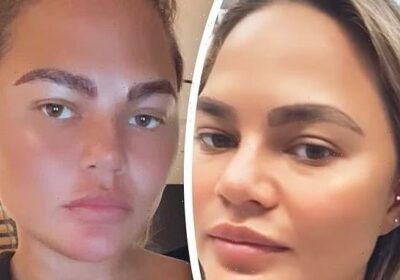 Chrissy Teigen has revealed that she’s undergone a hair transplant procedure on her eyebrows after plucking them all off.

The cookbook author made the revelation to her followers via her Instagram Stories on Sunday, while also warning teenagers not to make the same mistake she did by removing all her eyebrow hairs in the first place.

Teigen, 35, was seen in a series of clips in which she posed for the camera following the procedure, in which hairs are transplanted from the back of one’s head to the eyebrow area.

‘I never wear makeup if I can avoid it so I was so excited for this eyebrow transplant surgery,’ said the star, who tagged her doctors, Dr. Jason Diamond and Dr. Jason Champagne, into the post. 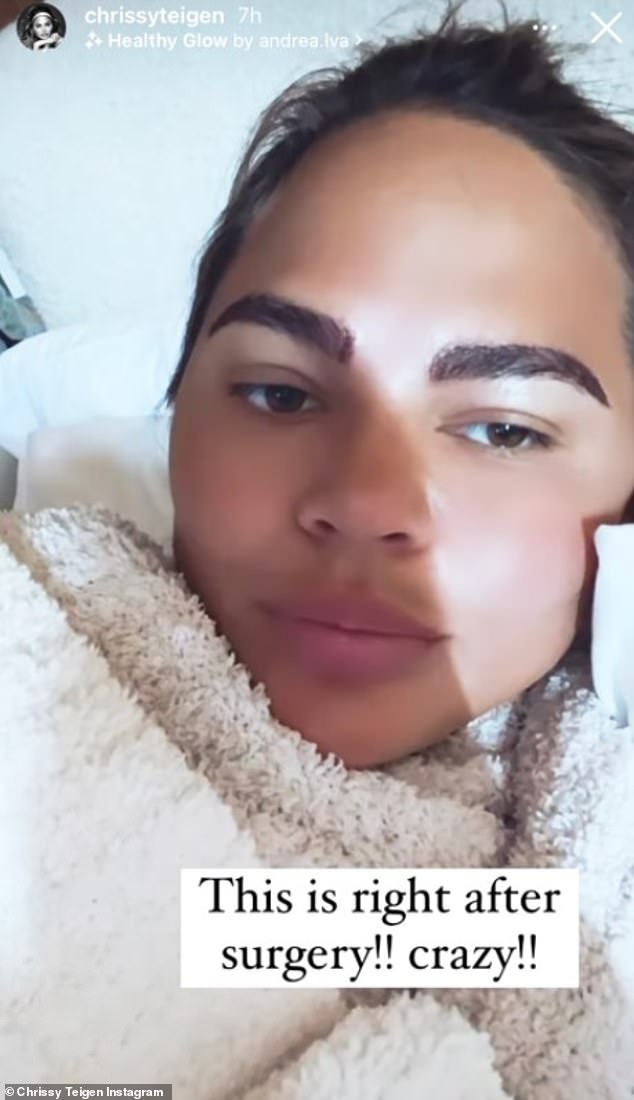 The latest: Chrissy Teigen, 35, on Saturday took to Instagram Stories to show off the results of an eyebrow transplant surgery she recently underwent, while sending a message to her younger fans

In a subsequent shot, Teigen appeared to be snuggled in a blanket, captioning the shot, ‘This is right after surgery!! crazy!!’

Teigen said, ‘They look so cool,’ adding, ‘He did hairs up here to even them out. Crazy!’

In another clip she posted, Teigen showed off the results of the procedure from another angle.

‘A little dark from the pencil but its so cool to have brows again,’ she said, with a cautionary message for teenagers in their beauty rituals: ‘Teens: do not pluck them all off like I did!!’ 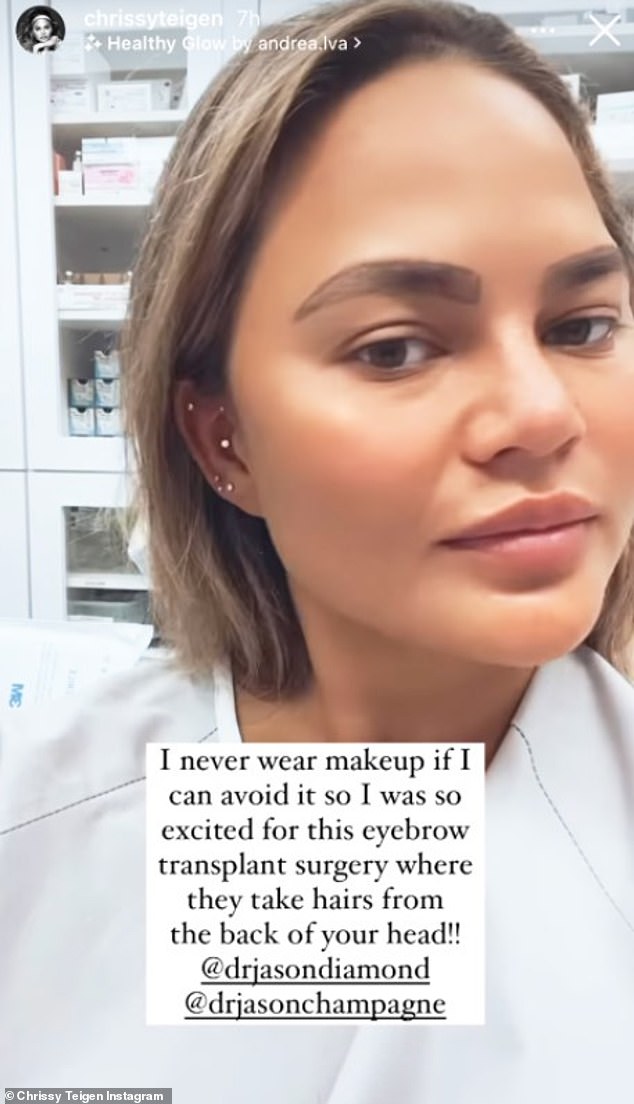 Teigen showed off the results of the procedure from multiple angles 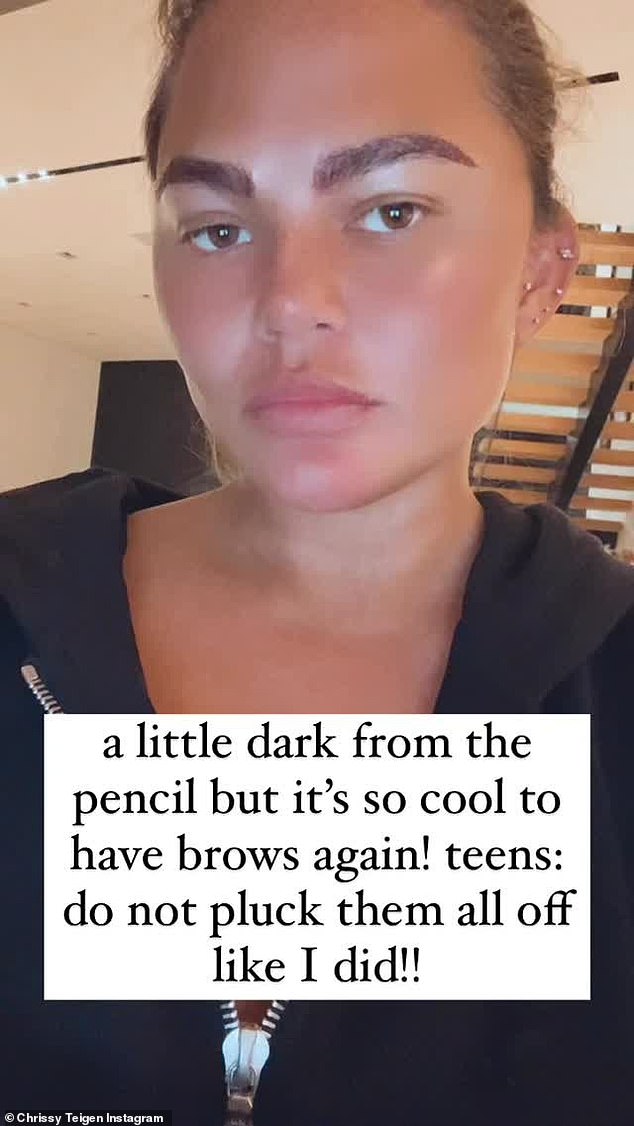 She included a cautionary message for teenagers in their beauty rituals: ‘Teens: do not pluck them all off like I did!!’

Dr. Diamond shared a shot of the star with added advice on how to care for one’s eyebrows.

‘I know too many people, entire generations, who either overplucked brows as part of the trend or are simply experiencing eyebrow thinning with time,’ Diamond said, adding that eyebrow transplantation ‘is a procedure where we mutually agree on shape, density, etc., and skill takes it from there.’

Teigen’s health message came in the wake of a luxe Squid Game party she recently threw, as she was criticized by some for missing the message about economic inequality imparted by the Netflix thriller.

At the bash organized by party planning company Wife of the Party earlier this month hosted by Teigen and husband John Legend, 42, at their Los Angeles home, games from the South Korean series were played and costumes were worn, with imagery from the hit show recreated in great detail. Prizes for winning participants included a Napa-bound flight and dinner at the restaurant French Laundry. 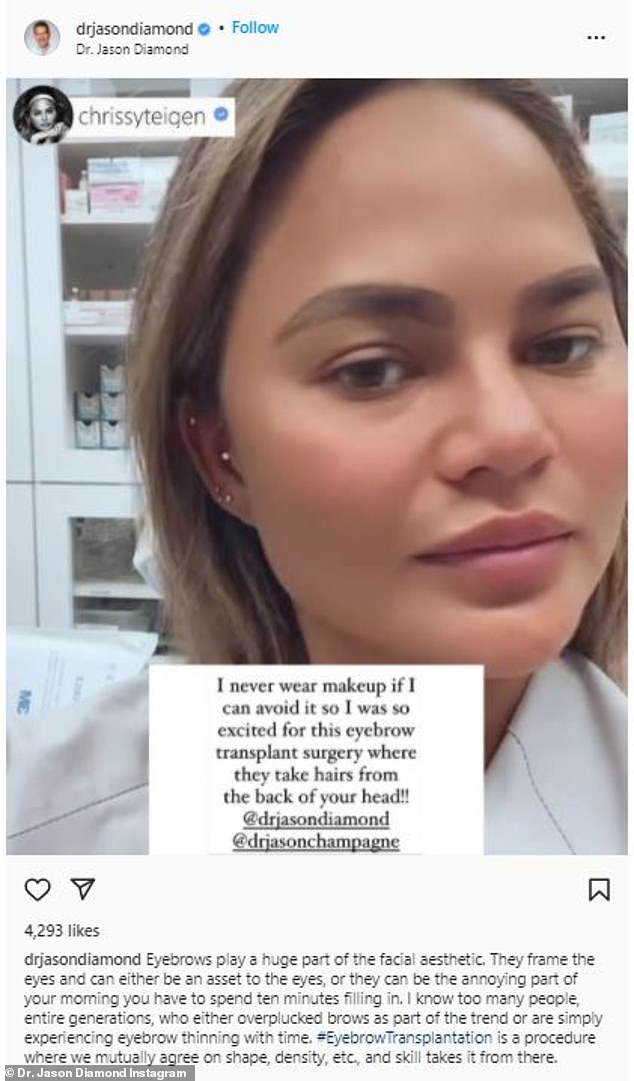 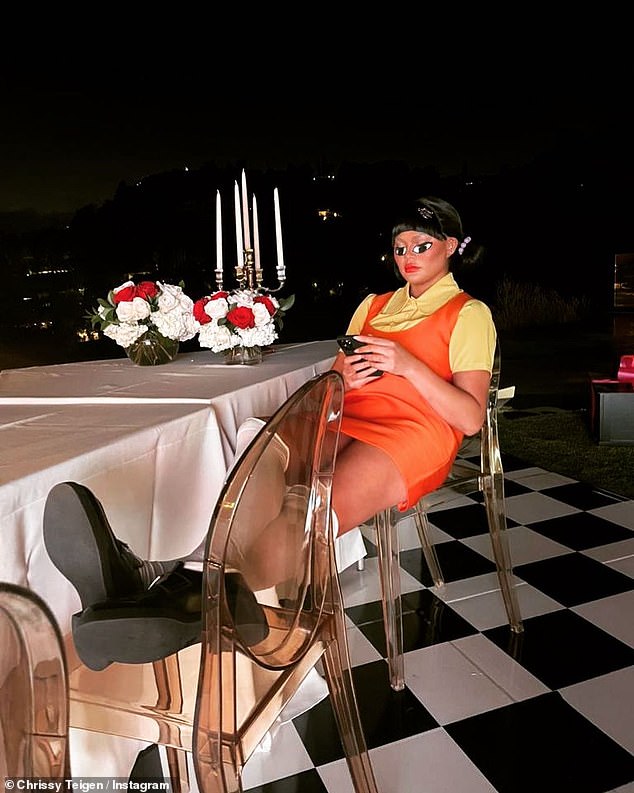 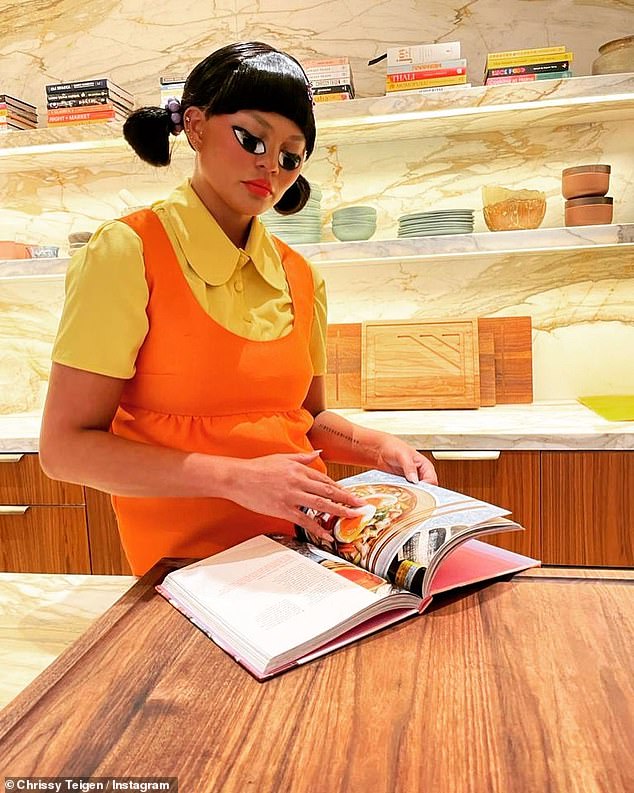 At the bash, games from the South Korean series were played and costumes were worn, with imagery from the hit show recreated in great detail 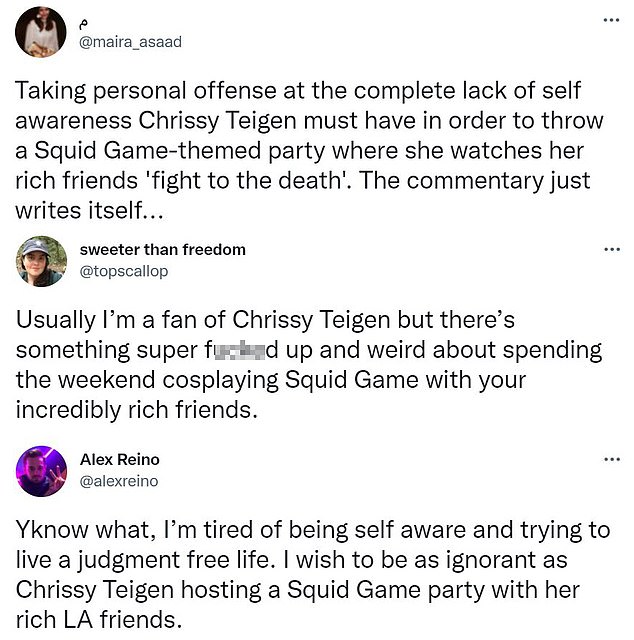 Some people on social media pointed out that Teigen might have missed the moral of the story of the Netflix series, which focused on economic inequality

Some people on social media pointed out that Teigen might have missed the moral  of the story, as one person said they were ‘taking personal offense at the complete lack of self awareness Chrissy Teigen must have in order to throw a Squid Game-themed party where she watches her rich friends “fight to the death.” The commentary just writes itself…’

Another person said, ‘Usually I’m a fan of Chrissy Teigen but there’s something super f**ked up and weird about spending the weekend cosplaying Squid Game with your incredibly rich friends.’

One user said, ‘Yknow what, I’m tired of being self aware and trying to live a judgment free life. I wish to be as ignorant as Chrissy Teigen hosting a Squid Game party with her rich LA friends.’