Slow down Jeremy Clarkson or Who Wants To Be A Millionaire? could become car crash viewing: CHRISTOPHER STEVENS reviews the weekend’s TV

Who Wants To Be A Millionaire?

When a great gameshow starts flagging, a new host can boost it back to its best — think of Brucie handing over to Larry Grayson on The Generation Game.

But it can also be a bit of a let-down . . . remember Jim Davidson taking over the reins of the same show in the Nineties?

And then there’s the unmitigated disaster of Mel and Sue’s revival earlier this year.

For the reboot of Who Wants To Be A Millionaire? (ITV), the choice of Jeremy Clarkson seemed a safe one. Like his predecessor Chris Tarrant, he’s a vastly experienced broadcaster with a reputation for straight talking. 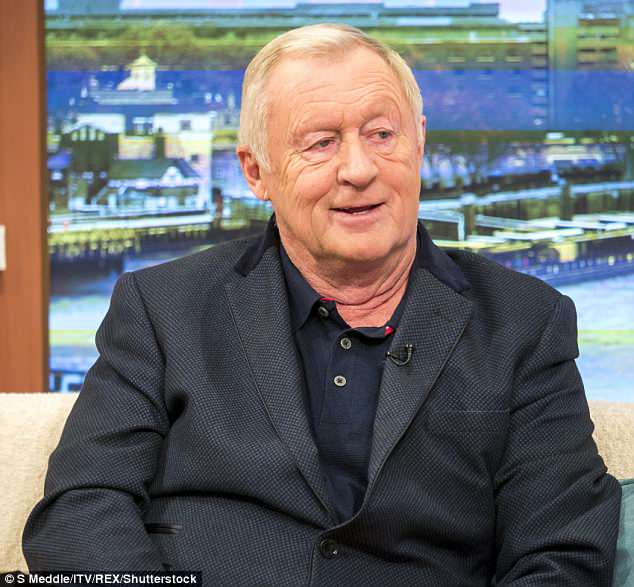 Having met him last week at the Millionaire rehearsals, when I got to try a couple of questions in the hot-seat, I can confirm the persona isn’t an act: he doesn’t suffer fools, and he doesn’t care who he offends.

But there’s one major difference between the two hosts. Through his decades as a radio presenter, Tarrant is used to chatting with the general public. He’s what Americans call ‘a people person’.

Clarkson isn’t. He’s a motoring journalist, famous for car shows. And as he turned the ignition key to restart Millionaire, he was treating the contestants like machines. His impatience was palpable as the first player mulled over the answers. Ricky, a slow-talking prison officer from Yorkshire, had exactly the right technique: he was talking his way through each set of multiple choice answers, giving his brain a chance to do its work. 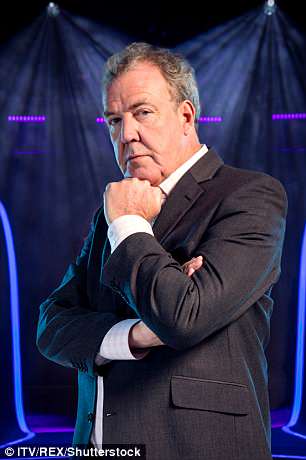 Who Wants to Be a Millionaire? is back with The Grand Tour host Jeremy Clarkson to mark the 20th anniversary

Tarrant would have coaxed him along, patient and affable. Yet it felt as though Clarkson couldn’t wait to get rid of him, and made no effort to hide his boredom. ‘Hurry up — people have to go to work on Tuesday,’ he groaned. Ricky won a steady £8,000 before bowing out.

Clarkson pleaded with Heather, the next contestant, to be more lively than the last bloke. She certainly was that — quick-witted, knowledgeable and confident. Too confident, in fact: whipped along by Clarkson’s eagerness to reach the big money questions, Heather guessed at an answer and was eliminated.

Worse, the same catastrophe befell the third player, a doctor called David, who staggered away on the brink of tears. Clarkson could have slowed him down but instead, he was encouraging quick answers . . . driving Millionaire the way he’d drive an Aston Martin, with his foot to the floor.

This wasn’t an outright car crash. The format is robust, and it’s great to see this superb quiz show back on our screens.

Clarkson will settle in, and learn quickly. He’ll get better at this. But he’s no Tarrant, and he’s no Brucie. He’s more your Jim Davidson.

On Corfu, gameshows of a different sort were planned, as matriarch Louisa’s wayward children joined a travelling circus in The Durrells (ITV).

This was the climax of the third series, and the period drama is more assured than ever. These flawed, feckless characters have warmth and real depth, and we feel affection for all of them.

Son Leslie’s grief, at discovering that he wasn’t the father of his girlfriend’s baby, was heart-wrenching. Sister Margo’s boyfriend, summoned away by his family, gave her a parting gift that was really touching — a model of the Durrell home, with a figurine of himself at the door, forever paying a visit.

But it was the fractured romance of Louisa (Keeley Hawes) that really brought a lump to the throat. Like Margo’s paramour, I can’t wait to return to this Greek island idyll. The next series can’t come soon enough.