Claudia Winkleman 'won't have sex with husband' if he's had WATER Claudia Winkleman has announced she won’t let her husband near her if he’s recently had a drink of water as she doesn’t ‘like or believe’ in the liquid.

Speaking on the Off The Menu podcast, she explained how although she ‘really likes’ her husband of 20 years Kris Thykier she just can’t stick H2O.

The Strictly host, 48, told a baffled Ed Gamble and James Acaster: ‘I don’t like or believe in water, I won’t have it…I’ve never knowingly had water, I don’t like it.’ 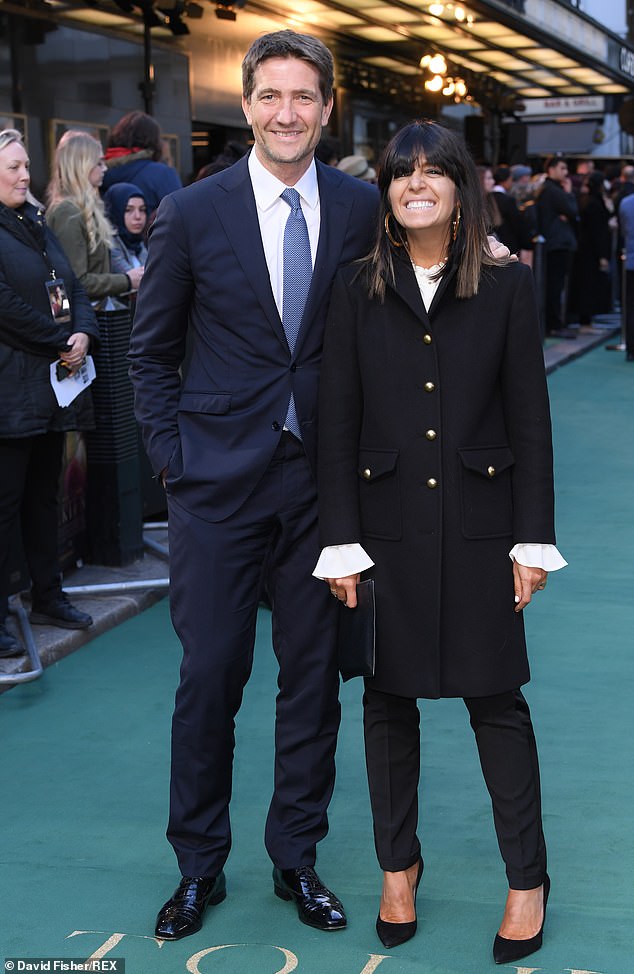 Unusual phobia: Claudia Winkleman has revealed she won’t let her husband Kris Thykier near her if he’s recently had a drink of water (pictured together in April 2019)

She then went on to discuss Kris’ preference for the drink, saying it has caused some problems in the past.

Claudia said: ‘When people drink it, like my husband drinks great amounts of water, and I really like him but it’s problematic.

‘He’s glugging, don’t touch me, “Clau, take your bra off”… I don’t think so. That was disgusting, you should be ashamed of yourself.’

After trying to explain her bizarre hatred of the liquid – which she called ‘arrogant and smug, like yoga and hummus all “look at me” – Claudia entertained further by painting a picture for the amused podcast hosts. 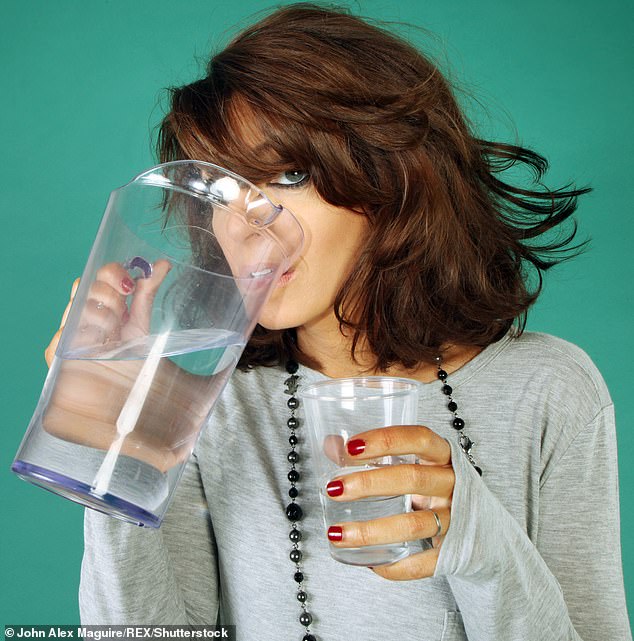 Personal tastes: The Strictly host said the sound of glugging is ‘disgusting’ and she can’t stand a ‘wet mouth with a big fleshy tongue that is covered in liquid’ (pictured in 2010)

She said: ‘Imagine you’re on a date, I’ve been with the same man for 100 years, and he’s sitting there and he’s like, “I don’t know what to have, what are you going to have? Maybe we should have the same thing.”

‘And someone comes round and says, “Would you like some water?” And he goes, “Yeah, sure.” And they give him a pint glass of water and he drinks the whole thing.

‘Are you going to want to kiss this man or more? No! A wet mouth with a big fleshy tongue that is covered in liquid.’

Not done with the unusual topic, Claudia added: ‘I want a dry, shrivelled up little man, I want to sleep with Mr. Burns, he doesn’t drink water, I want him at the table.’

Certainly surprising with her phobia, Claudia provided a bit of background on her dislike saying she’s not a fan of the taste and her parents are also not water drinkers. 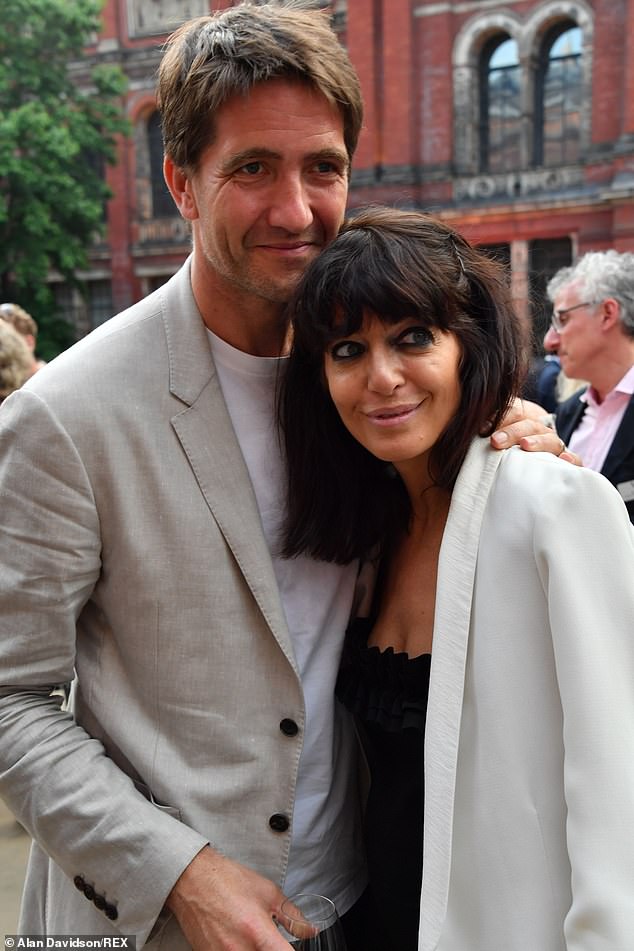 The dream: Claudia added ‘I want a dry, shrivelled up little man, I want to sleep with Mr. Burns, he doesn’t drink water, I want him at the table’ (pictured with Kris in 2017)

However perhaps most surprisingly she claimed: ‘I’m never thirsty, I’ve never been thirsty…. and I don’t like the taste. Sparkling is too much of a shock. I just don’t like liquid… is this too weird?’

Amused podcast hosts Ed Gamble and James Acaster could not hold back their laughs as they chatted away, joking that Claudia was acting as if water ‘was a fad’.

It comes after Claudia admitted Kris made her ‘head shoot off her shoulders’ during sex when they first started dating.

The TV presenter tied the knot with film producer Kris, 48, in 2000 with the couple parents to children Jake, 17, Matilda, 14, and Arthur, nine.

Speaking to OK! Magazine, Claudia told how she is more in love with Kris than ever as he knows how to make her laugh and has impeccable manners. 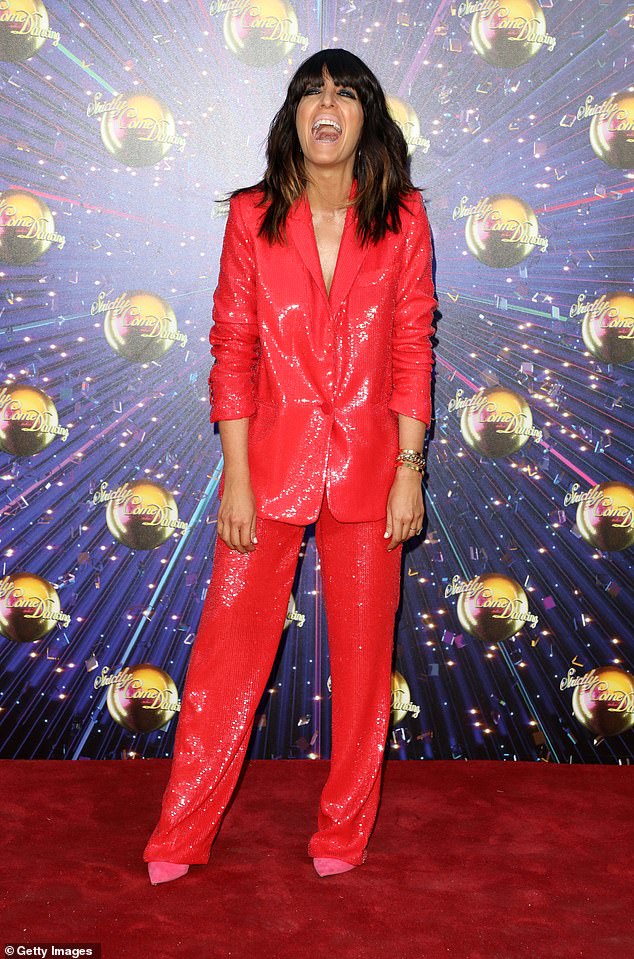 Interesting: Claudia added that she’s never been thirsty and doesn’t like the taste of water

She said: ‘What did it for me was how he behaved in restaurants, bars and planes – indeed, simply around people. “Thanks so much”, “no rush”, “I’ll carry it over for you”, “here, have a drink on us”.

‘Having been a waitress every school holiday from the age of 16, it was just that magic characteristic that tipped me over.

‘I married him because he always asks the cab driver how his day was; I love the fact he’ll never take a seat on the tube; I’m happy he believes in big tips and not making a mess.’

Claudia added that she also fell in love with Kris because of his intelligence and his passion for politics, history and social issues, adding that his discussion of the issues of the day was her ‘kind of foreplay’. 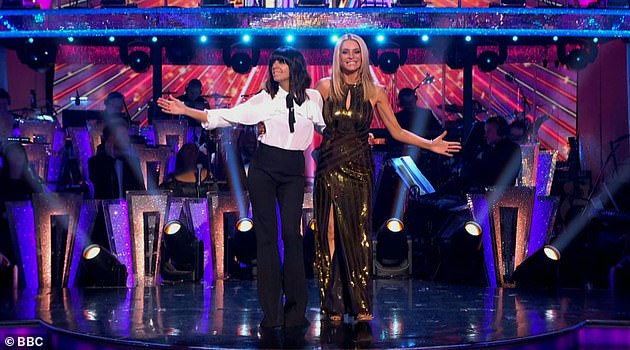 Something to look forward to: Strictly Come Dancing will be back on screens on the BBC this autumn and will be presented by Claudia and Tess Daly