And the actor appeared to be following a similar script in real life when he was spotted enjoying a relaxed stroll with news presenter Joanna Gosling last week.

The star, who is known for playing aloof characters who gradually shed their reserve, seemed to have shrugged off his own recent romantic difficulties during a walk to savour the winter sunshine in a West London park. 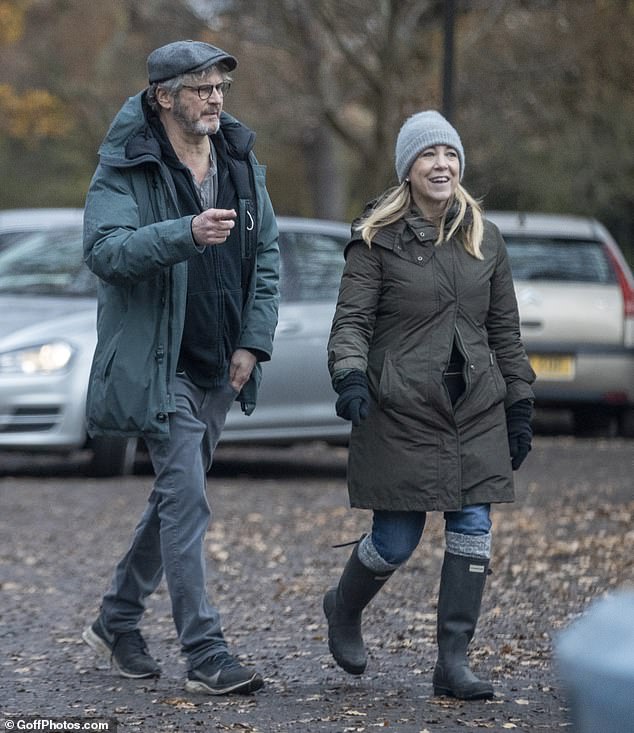 Winter stroll: Colin Firth appeared to be following a similar script to Bridget Jones in real life when he was spotted enjoying a relaxed stroll with news presenter Joanna Gosling last week

The 60-year-old star and the BBC anchorwoman were seen happily chatting, smiling and laughing as they ambled through the grounds. Both were dressed down in hats, hooded jackets and jeans to ward off the cold.

Neither took the opportunity yesterday to deny that they are more than just good friends. Mr Firth’s publicist declined to comment and Ms Gosling failed to respond to requests to speak.

Regardless, the support of Ms Gosling in any capacity could not have come at a better time for Mr Firth.

Next month will mark a year since he and ex-wife Livia Giuggioli, an Italian film producer, announced they were separating after 22 years of marriage. 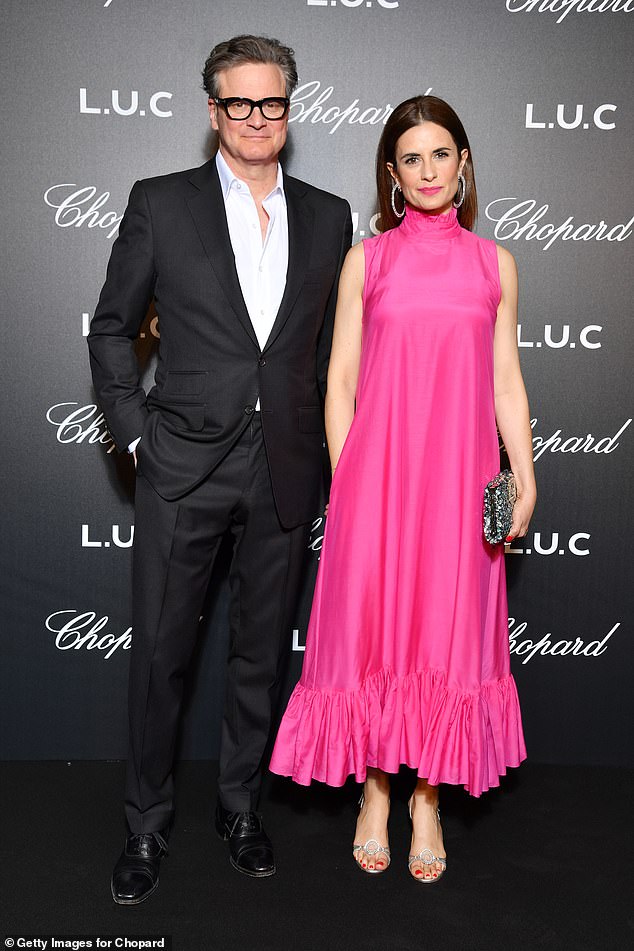 Moving on? The outing comes 11 months after the actor and ex-wife Livia Giuggioli, an Italian film producer, announced they were separating after 22 years of marriage (pictured together)

Their announcement came four years after she had a secret fling during a temporary split in 2016. Her relationship was said to have left Mr Firth ‘heartbroken’.

Ms Gosling, 49, has experienced her own tumultuous love life. She was married to spin doctor Sir Craig Oliver – David Cameron’s former director of communications and leader of the official Remain campaign during the EU referendum – for 18 years before they split in 2014.

The couple have three daughters together who live with Ms Gosling, while Sir Craig, 51, has a bachelor flat nearby.

Before he moved to No 10, he was a BBC journalist which is where he is understood to have met Ms Gosling. 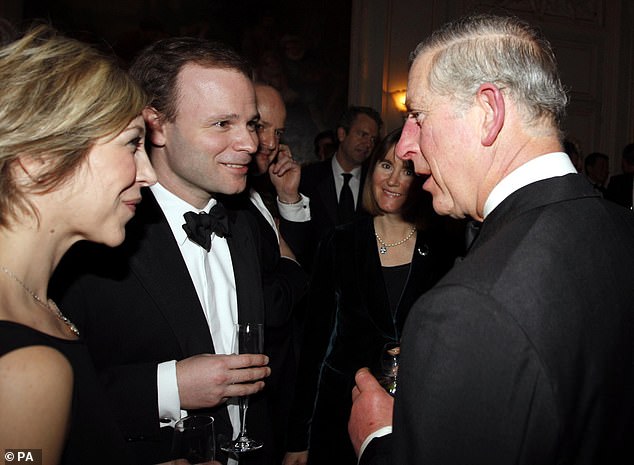 Former flame: Ms Gosling, 49, was married to spin doctor Sir Craig Oliver for 18 years before they split in 2014 (the former spouses are pictured with Prince Charles in 2011)

Sir Craig is reportedly now dating Lucy Thomas, deputy director of the Britain Stronger In campaign. They met during the EU referendum campaign.

Following the announcement of their split last December, Mr Firth and his estranged wife insisted they would ‘remain united’ in their love for their sons.

The actor remained at the family’s £4 million family home in Chiswick, West London, while Ms Giuggioli has spent much of the time since then back in Italy.

Their separation came after Ms Giuggioli, 50, admitted to an affair with her childhood friend Marco Brancaccia.

The fling was revealed when she later took the now 56-year-old journalist to court in Italy, having accused him of stalking her after she got back together with her husband. 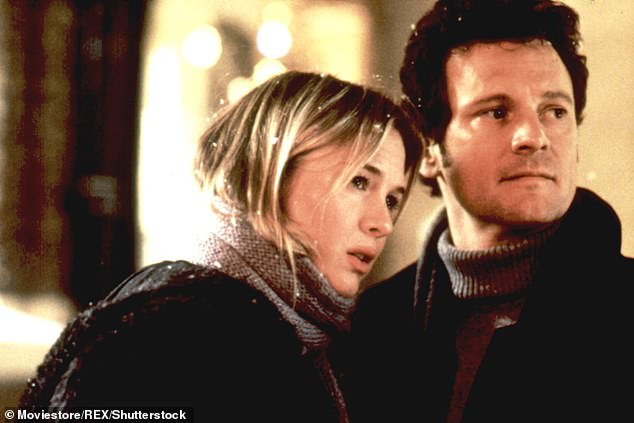 Famous role: Colin played lawyer Mark Darcy in the Bridget Jones films, who became smitten with a blonde television presenter with a rocky romantic history (picture with Renee Zellweger in the first movie)

A statement issued on behalf of Mr Firth and his wife at the time said: ‘A few years ago Colin and Livia privately made the decision to separate. During that time, Livia briefly became involved with former friend Mr Brancaccia.

‘The Firths have since reunited. Subsequently, Mr Brancaccia carried out a frightening campaign of harassment over several months, much of which is documented.’

The journalist denied the claims, telling The Times: ‘We were romantically involved, she wanted to leave Colin for me.’

Mr Firth and Ms Giuggioli met on the set of the 1996 BBC drama Nostromo before tying the knot in Tuscany a year later. Ms Giuggioli is also co-founder of Eco-Age, a marketing company which focuses on the environment.

Mr Firth is known for his roles in Pride And Prejudice, Love Actually and The King’s Speech, for which he won the Best Actor Oscar in 2011.

He also has a son with Meg Tilly, his co-star in the film Valmont. 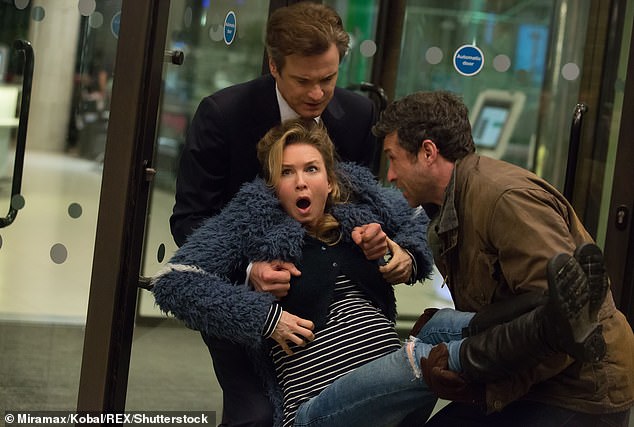 Reprisal: The Love Actually star also returned to the Bridget Jones movies for the second film in 2016 (pictured with Renee and Patrick Dempsey)