Courtney Stodden shows off her summer body in a bikini Courtney Stodden is making the most of the summer’s sunny days.

The beauty, 25, took to social media on Sunday with a trio of shots from a poolside photo shoot in which she donned a cerulean blue alligator print two-piece bikini.

In a stunning selfie, the wavy-haired entertainer asked her followers, ‘What’s your favorite Disney movie? Mine is The Little Mermaid.’ 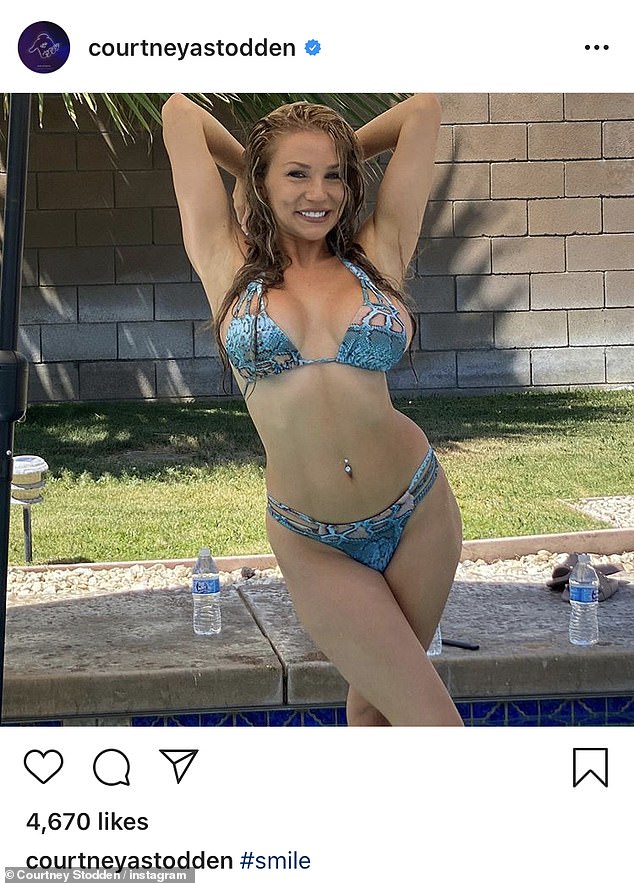 Fun in the sun: Courtney Stodden ,25, took to social media on Sunday with a trio of shots from a poolside photo shoot in which she donned a cerulean blue alligator print two-piece bikini

She added a mermaid emoji with the hashtags #Disney, #selfie and #mermaidhair.

In another shot, in which she posted with her arms above her head, she wrote, #smile.

Stodden posed In a sultry snap in which she relaxed on a patio chair, and encouraged her followers to download her new single Side Effects, which she said was inspired by her brief fling with 90210 actor Brian Austin Green.

‘Side Effects is about that feeling you have when you leave an entanglement,’ Stodden told Fox News Thursday of the track, which she uploaded to Soundcloud. 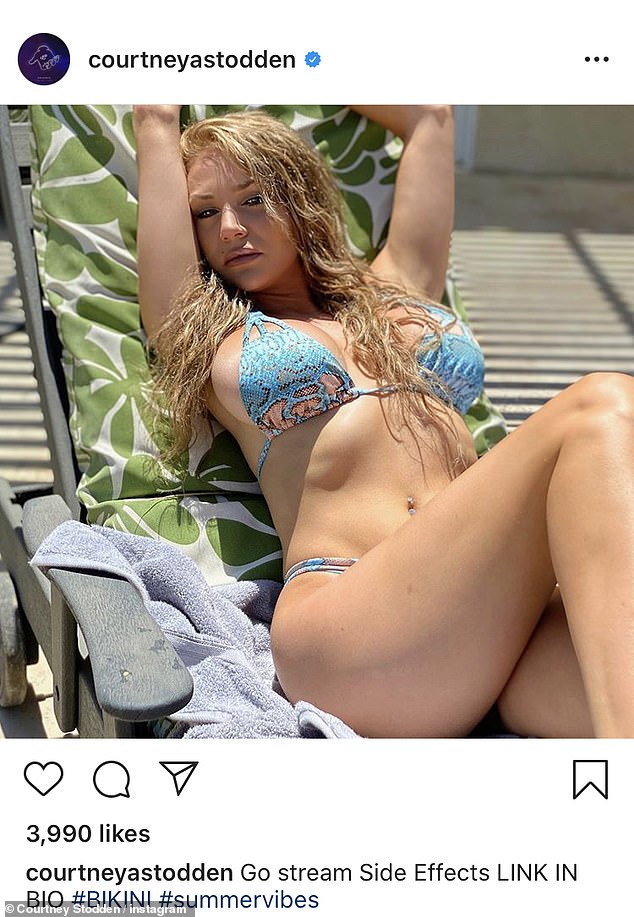 Focused: Stodden posed In a sultry snap in which she relaxed on a patio chair 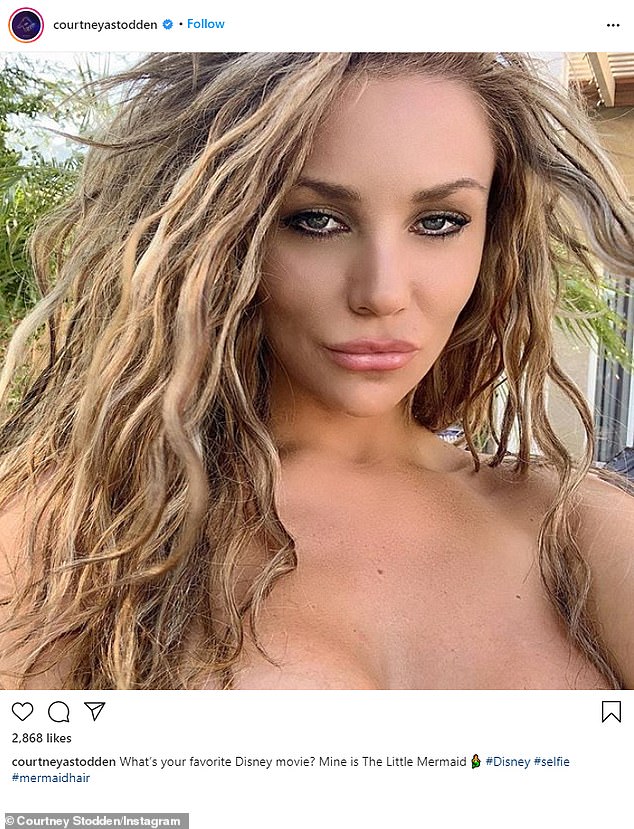 In a selfie, the wavy-haired entertainer expressed her fondness for The Little Mermaid 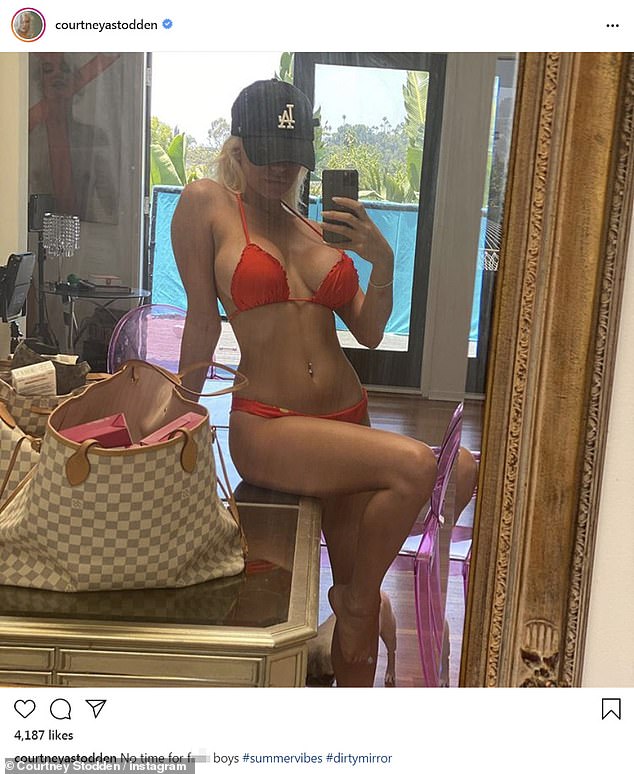 Summer stunner: The model-singer took to Instagram in a bikini earlier this month

She explained that the song is ‘inspired by that recent entanglement’ with the veteran actor, 47.

‘You got a bad dose of a bad actor and just want to be sober again,’ said the singer/model, who’s been seen on The Mother Daughter Experiment and Celebrity Big Brother. ‘The high isn’t worth the side effects.’

Stodden said that the brief romance with Green was ‘the catalyst’ behind the song, which she said was ‘inspired’ by her ‘love life,’ as well as ‘the repercussions many of us women face when being used.’ 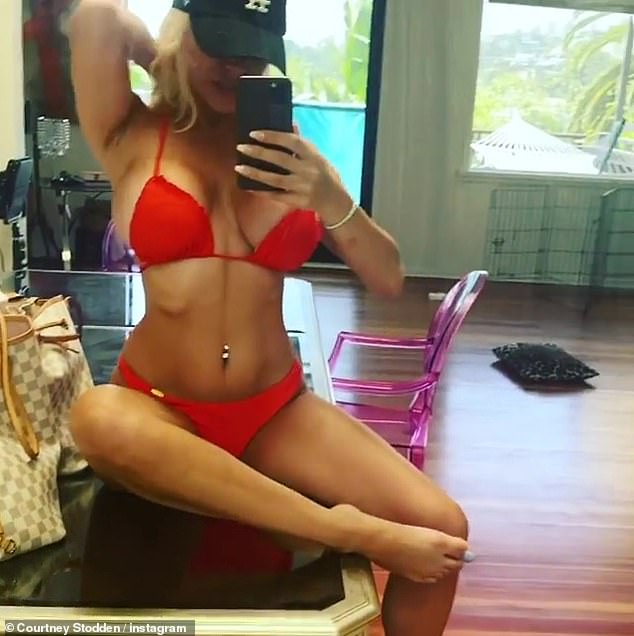 Tis the season: The model-singer has been active on social media amid the shutdown  in LA 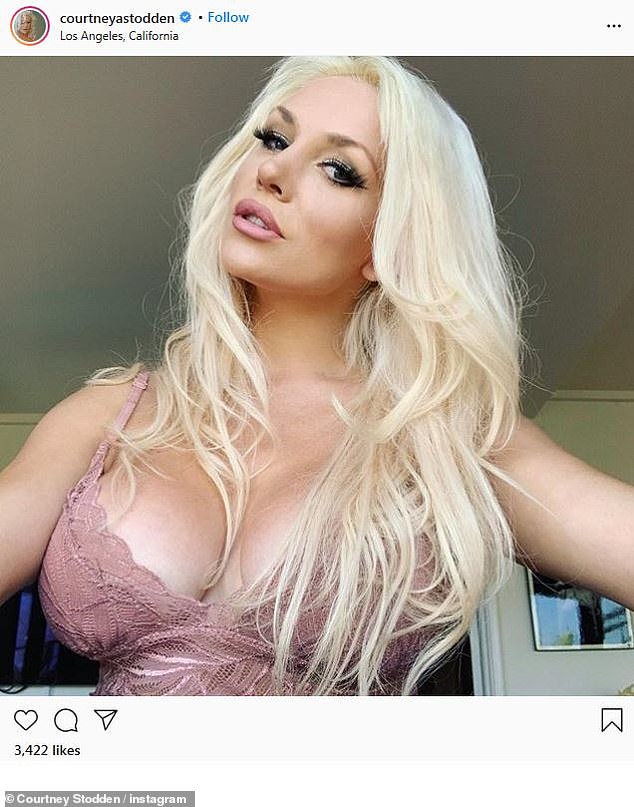 Stodden said she blocked Green’s number after ‘several other women who he was playing came forward to’ her at a time they were seeing one another.

‘I stand with them and I believe them,’ Stodden said, calling the veteran actor ‘a womanizer’ who wanted to keep their romance ‘his little secret.’

Stodden first made headlines in 2011 when she tied the knot in Las Vegas at 16 with a then-50-year-old Doug Hutchison, the actor best known for his roles in 1999’s The Green Mile and on the ABC TV show Lost. 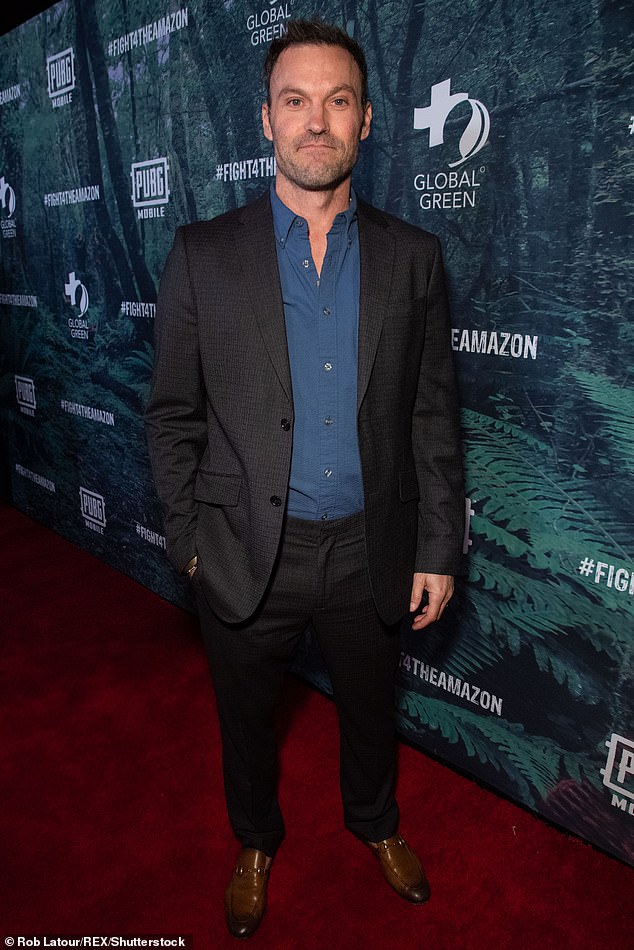 Green told TMZ earlier this month that he found Stodden to be ‘super nice but disappointing’ after she shared an old video of them on Instagram to ‘create problems’ in his subsequent romance with model Tina Louise.

‘The fact that she decided to post that the day Tina and I had lunch – knowing that it would create problems for Tina and for myself, having three kids – it kind of sucks,’ said the actor, who has three sons with ex Megan Fox – Noah, seven, Bodhi, six and Journey, three.

He continued: ‘It was just disappointing, but I don’t want to bash Courtney, I think she’s a nice person. I just think she’s making some bad choices.’

In response, Stodden told Fox that Green, who parted ways with Fox earlier this year, is actually ‘disappointed in himself.’

Fox has since been linked to rapper Machine Gun Kelly, and appeared in the video for his song Bloody Valentine.