Robert De Niro got himself a standing ovation when he called out, "I'm going to say one thing: F— Trump!" at the Tony Awards in New York on Monday, but it seems not everyone was impressed by the 74-year-old actor's takedown of the US President.

The move, which generated headlines around the world, didn't appear to sit too well with The Project co-host Waleed Aly when it came up during Tuesday night's episode of the news program.

Showing footage of De Niro's latest efforts — on Tuesday he made a public apology to Canada and its Prime Minister Justin Trudeau for Trump's recent behaviour — Aly's co-host Pete Helliar pointed out to the audience that Aly was "furious" about what had occurred at the Tony Awards.

"I just — what is going on here?" Aly asked after the footage was replayed on screen. "So De Niro gets up and he says 'F Trump' and gets a standing ovation?"

Co-host Carrie Bickmore pointed out that the situation is relatively "standard now," and she's right — it's not uncommon for De Niro to mouth off, nor is it uncommon for celebrities taking a strong political standpoint to receive high praise from Hollywood.

"You went on the rampage during our meeting for about 20 minutes about this," joked Helliar.

"Am I crazy to think that this is just…" started Aly. 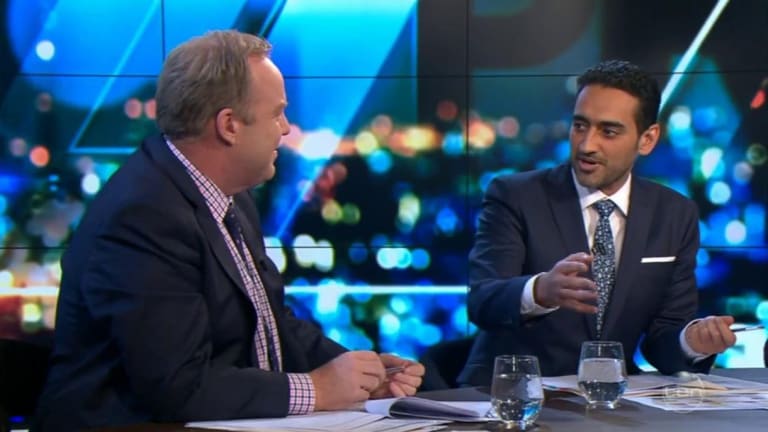 "It is something we need to talk about," he continued. "Do they not understand that celebrities saying stuff like that about Trump is exactly what Trump talks about to his base? And they go, 'Yeah, I'm sick of these Hollywood elites being like that.' Do they not put that together?"

Aly wasn't the only one who seemed unimpressed by De Niro's viral comments — CBS, the network which broadcast the awards show, confirmed the day after that the moment was a spontaneous one.

"Mr De Niro’s comments were unscripted and unexpected," the network said in a statement. "The offensive language was deleted from the broadcast."

As for Trump and the White House? They've remained uncharacteristically quiet about the entire thing.