D. L. Hughley accuses Kanye West of being ‘conveniently mentally ill’… as he questions how the troubled rapper can still run his billion-dollar Yeezy empire

Actor D. L. Hughley has weighed in on the well-being of Kanye West, saying that while he believes the rapper has clear issues, he has accused him of being ‘conveniently mentally ill.’

West, 43, first acknowledged his bipolar disorder in 2018, a condition that is associated with episodes of mood swings ranging from depressive lows to manic highs and can be controlled with medication.

The rapper’s wife Kim Kardashian West hinted last month that his struggle with bipolar was to blame for his recent erratic behavior, that has seen him embark on an unlikely bid for presidency and get emotional at his first campaign rally in South Carolina while discussing abortion. 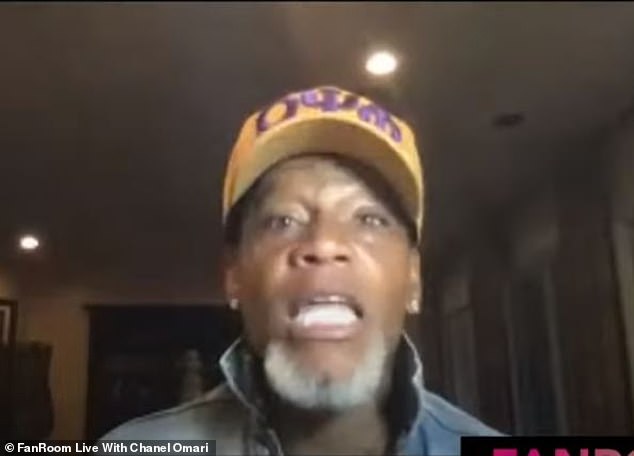 Speaking out: Actor D. L. Hughley has accused Kanye West of being ‘conveniently mentally ill’ saying the rapper is ‘not so ill that he can’t take $5 million in PPP’

During a virtual event with FanRoom Live host Chanel Omari, Hughley – who recently revealed that he tested positive for COVID-19 – said of West, ‘there is no doubt that he suffers from some level of mental illness’ adding that he believes it is ‘a big problem in our community.’

However, Hughley said he does not believe West’s struggles is why he makes derogatory remarks about historical figures such as Harriet Tubman, who West controversially said ‘never actually freed the slaves.’

‘[Mental illness] isn’t why he’s disrespectful to our history,’ Hughley said, hinting that he believes West only chooses to speak about people ‘he knows he can get away with.’ 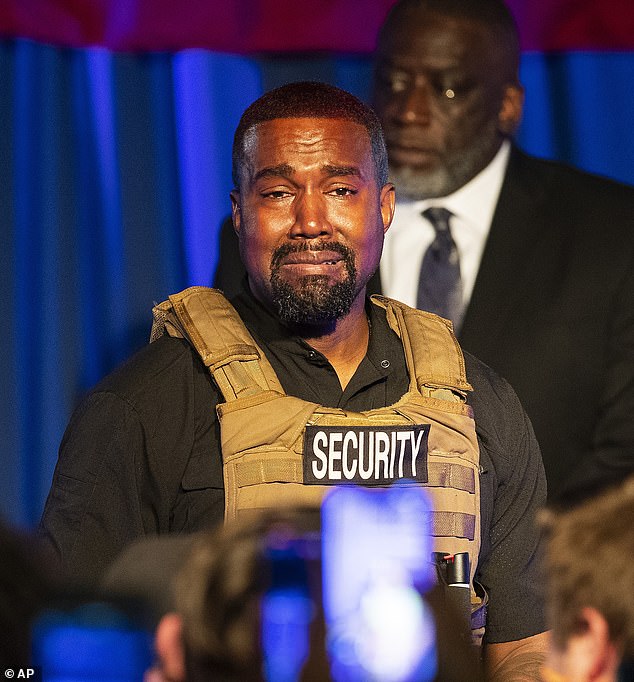 Emotional: Kanye pictured at his July campaign rally in South Carolina where he spoke about abortion while crying on stage. West suffers from bipolar disorder.

Hughley then questioned in the chat how West can be a ‘disruptor’ in the political world, or how he can make businesses decisions relating to his billion-dollar Yeezy empire, if he is mentally ill.

‘He’s not so ill that he can’t [take] $5 million in the PPP payments,’ Hughley said. ‘So he seems to be conveniently ill when it serves his purposes. And I think he, to me, Kanye West is exactly like Donald Trump. So it would make sense that they’re attracted to one another.’

Hughley added that with his billion dollar wealth, West has ‘the access and the wherewithal to help himself.’ 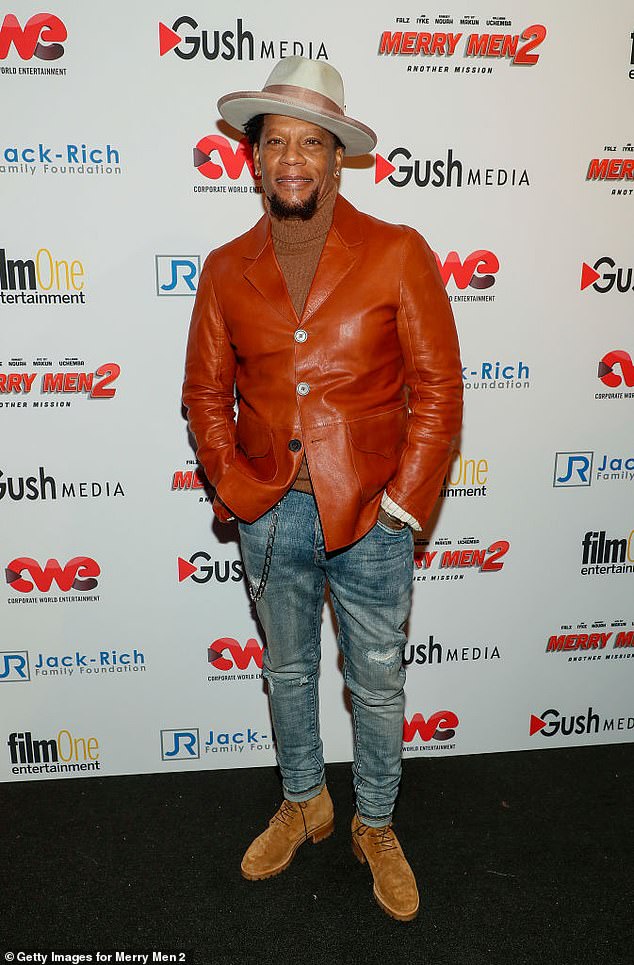 Claims: Actor D.L. Hughley – pictured last December – recently revealed that he has tested positive for COVID-19 and has spoken out about Kanye West in a new interview

‘So whatever he’s going through… he could mitigate a great deal of it by accessing the help that is so readily available as many times as people pray for Kanye,’ he said.

The actor said he is praying for West to get help and get better, and shouldn’t be ‘rewarded’ his erratic behavior.

Hughley appeared to criticize the rapper for making clothes in his Yeezy line ‘to look like homeless people’ and then to sell it for ‘hundreds of dollars.’ 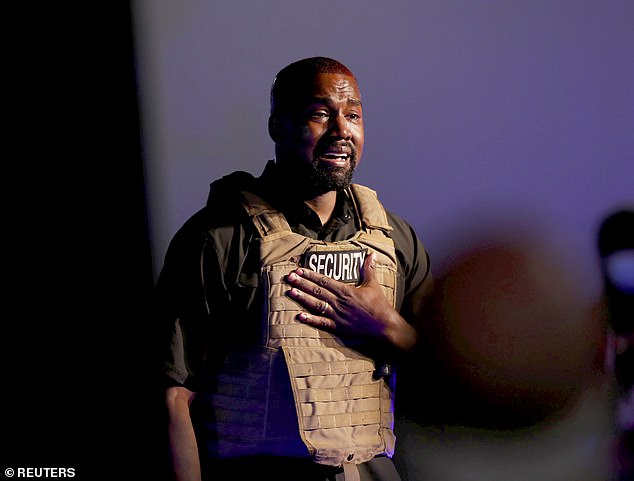 Troubled: Actor D.L. Hughley has said he hopes that Kanye West gets the proper help he needs

Last week, West appeared to suggest that he’s running a spoiler campaign against Joe Biden after getting approved for Colorado’s ballot, but saying: ‘I’m not running for president… I’m walking.’

President Donald Trump subsequently denied any involvement in the effort by West to get on the ballot in presidential battlegrounds – amid a skein of revelations about GOP-connected officials aiding the effort.

When asked directly if he was running to hurt Democrat Biden’s campaign West, running as an independent, had earlier told Forbes he was ‘walking’, adding: ‘Walking…to win.’

The Grammy award winner was later probed on the fact it is not possible for him to win in 2020, suggesting he is running as a distraction. Vocal Trump supporter West replied: ‘I’m not going to argue with you. Jesus is King.’

He did not confirm who was helping to run his strategy. But when asked about harming Biden’s chances, West replied: ‘I’m not denying it; I just told you.’

West later tweeted his ‘2020 VISION’ sharing a mood board of images including Jesus, an eagle and a map of the United States with West written across it. He wrote: ‘THE GOAL IS TO WIN.’