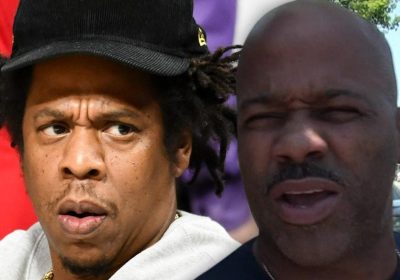 Damon Dash says Jay-Z attempted to buy his share of Roc-A-Fella records for a price that was way too low — so he’s out to find a new buyer — and not even a lawsuit from the label will stop him.

Damon’s firing back after getting sued by RAF for attempting to sell off Jay’s “Reasonable Doubt” album as an NFT. Dash tells us the lawsuit is full of inaccuracies, and it’s not the album he’s trying to sell … it’s his ENTIRE stake in Roc-A-Fella!!!

In fact, Dash claims as recently as March of this year, Jay-Z attempted to buy his 1/3 share of RAF at, “a price I deemed unacceptable” … so he’s looking for a buyer on his own.

If he comes to an agreement with someone, Dash says, “Under the terms of the deal with a potential buyer, the buyer would buy my share of Roc a Fella Records and Jay-Z will have exclusive administration rights.”

Dash claims the lawsuit filed against him Friday was only a scare tactic to prevent him from selling something he believes he has the legal right to sell.

TMZ broke the story, RAF, with the help of attorney Alex Spiro has asked the court to step in and stop Dash from selling “Reasonable Doubt” as an NFT and want him to turn over any NFTs he may have already minted.