Home » Celebrities » Danny Miller’s famous dad: Everything you need to know about the I’m A Celeb star’s father

Danny Miller’s famous dad: Everything you need to know about the I’m A Celeb star’s father 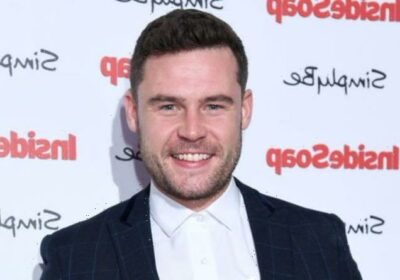 Danny Miller is best known for his role on Emmerdale, but many of his fans are unaware he’s related to Vince Miller. Vince Miller has been a presenter, comedian and singer over the course of his career. It seems his son has inherited his showbiz talents.

Danny Miller shot to fame when he bagged the role of Aaron Dingle on Emmerdale in 2008.

But much to the dismay of his loyal fans, he announced he would be quitting the series following the birth of his son in October 2021.

The 30-year-old actor said he would be leaving Emmerdale to pursue other projects.

He is currently delighting fans on this year’s series of I’m A Celebrity, Get Me Out of Here!.

His epic eating challenge on Monday evening (November 22) has marked him out as a favourite to win the show.

The challenge saw him chomping his way through cows teats, pig brains and fermented catfish.

Who is Vince Miller?

Although Vince Miller has now retired from showbiz, he was known as the ‘king of comperes’ in his heyday.

Vince worked as the VIP host at Manchester United for 29 years, interviewing football legends such as Sir Alex Ferguson on matchdays.

Over the course of his 65-year career, he has worked alongside celebrities Johnny Mathis and Shirley Bassey.

He is close to several celebrities and gave the eulogy at comedian Bernard Manning’s funeral.

Vince left his job at Old Trafford in 2017 after he stirred up controversy by putting his arm around a waitress and calling her “love”.

At the age of 82, Vince announced that he would be retiring from the entertainment business.

He made his retirement announcement at a charity fundraiser organised by his son a few months after the controversy.

In his retirement speech, he said: “It’s been a great journey, I’ve been critical of people who go on too long, so last night was my last night hosting an event, it was an emotional brilliant night and it’s nice to know that you’re appreciated.”

“I’ve had a great career, I’ve done it all as a presenter, comedian, singer, I’ve been very fortunate.”

Vince appears to be delighted that his son chose to pursue a career in showbiz, he said: “He’s doing so very well, and he’s done it all himself and now he’s up there. I’m so proud.”

Danny seems equally proud of his dad as he called him “the best host in the business”.

Vince has said he plans to make the most of his retirement by travelling the world to visit family members overseas.