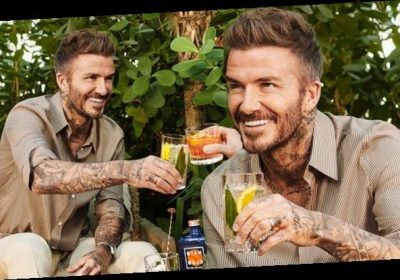 EXCLUSIVE: David Beckham proves to be his own best advert as he looks typically suave while launching his new Haig Club whisky line

The football manager, 45, showcased his good looks as he posed for new shots to celebrate the citrus line launch on Wednesday.

Showcasing his heavily tattooed arms in a beige shirt, the father-of-four flashed his pearly whites while beaming for the camera. 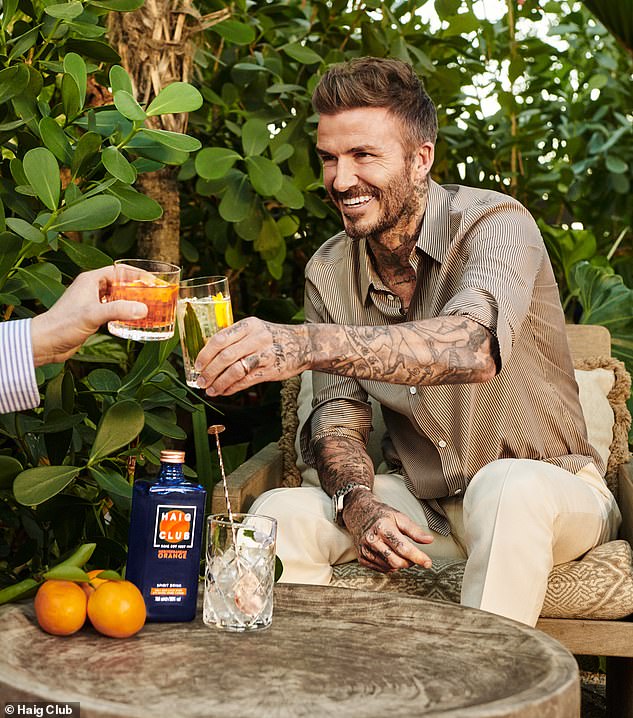 David teamed his shirt with a pair of smart light trousers while stopping to cheers a fellow drinker in front of a lush foliage backdrop.

In a second snap, David – who has spent lockdown focusing on his work with the brand – looked just as dapper as he donned a dark brown shirt.

Haig Club – a single grain, no-age-statement Scotch whisky – was launched by David alongside Diageo and music mogul Simon Fuller back in 2014. 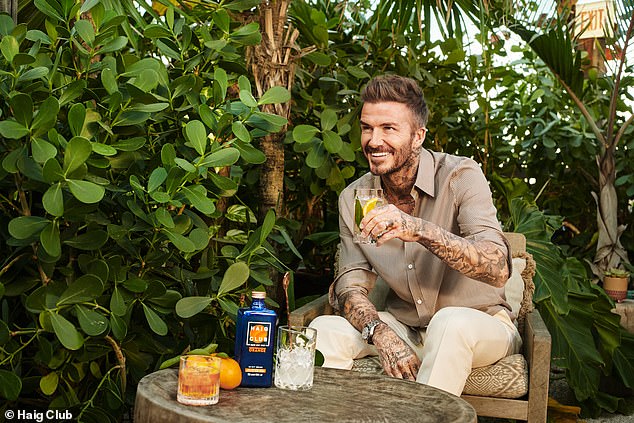 All smiles: The football manager, 45, appeared to be in good spirits as the latest citrus line  of Scotch whisky launched

David has been a busy man of late, having reportedly signed a seven-figure deal with Disney+ for a TV series inspired by his incredible football career.

The former England captain will mentor a group of inner-city youngsters from an east London team who grew up in similar circumstances to him.

It’s thought that casting for the series begun in Hackney Marshes, just two miles from Leytonstone where David grew up before signing to Manchester United at the age of just 17. 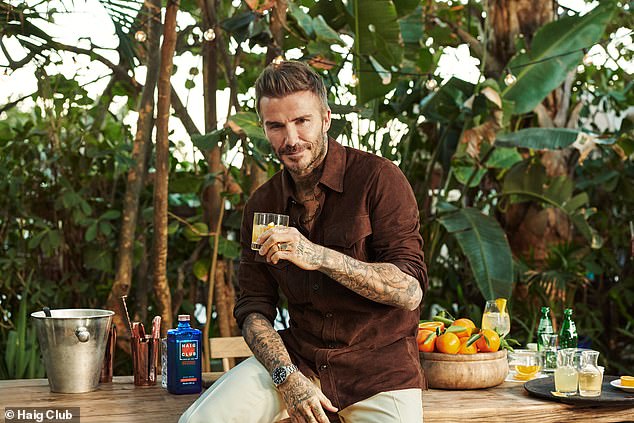 New: In a second snap, the father-of-four donned a dark brown shirt as he posed at a bar stocked with fruit and mixers for his beverage

A source told The Sun: ‘David was approached by Disney+ about making the show and he was very taken with the idea because it really reflects his own experiences growing up. Plus he’s still so committed to young talent in the game.

‘Disney thought David was an ideal mentor for the group. He came from nothing to become one of the best footballers and most famous people in the world.

‘It was a huge coup for Disney to get David on board. For him it’s about sharing his passion for the game and helping these youngsters out as much as he can.’

It’s thought that filming for the series was delayed by the Covid pandemic, but production is expected to resume this summer.

David was famously scouted by Manchester United when he was just seven years old and signed to the club’s youth team before making his professional debut at the age of 17.

He went onto become a club legend and was also a star player for England across three World Cups and two European Championships before retiring in 2013. 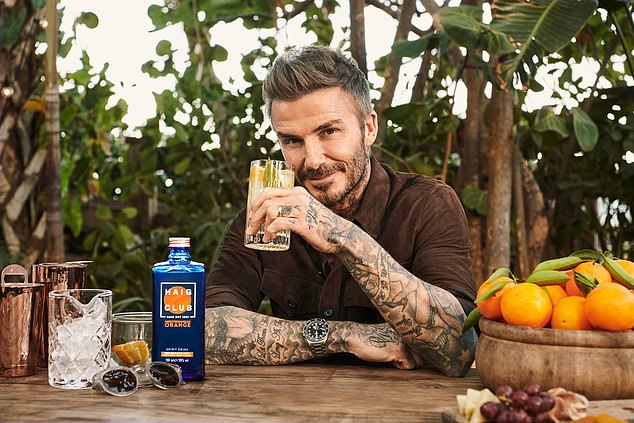 Bottoms up: David has been a busy man of late, having reportedly signed a seven-figure deal with Disney+ for a TV series inspired by his incredible football career