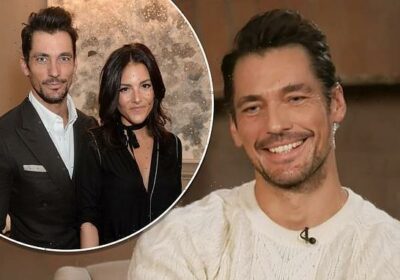 David Gandy revealed his newborn daughter is called Tabitha Isabella during an appearance on the all-male edition of Loose Women on Friday.

The supermodel, 41, welcomed a second daughter with his barrister girlfriend Stephanie Mendoros on November 1.

He appeared on the special Loose Men episode for International Men’s Day, and spoke to panelists Vernon Kay, Iain Stirling, Ore Oduba and Mike Tindall about his experiences with fatherhood. 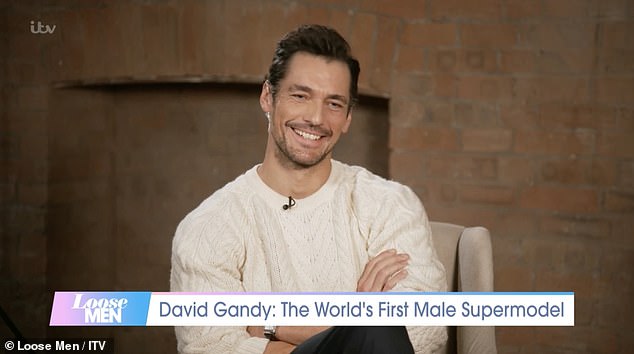 Baby name: David Gandy revealed his newborn daughter’s name and discussed fatherhood during an appearance on the all-male edition of Loose Women

Vernon congratulated David, saying: ‘Congratulations, its 18 days since your new daughter was born. Can you reveal the name of what she going to be called?”

David revealed her name was Tabitha Isabella, a Biblical name which means ‘gorgeous’ in Greek.

He joked: ‘I do have an evening with the boys organised on Saturday to go and wet the baby’s head with a few pints of Guinness.’ 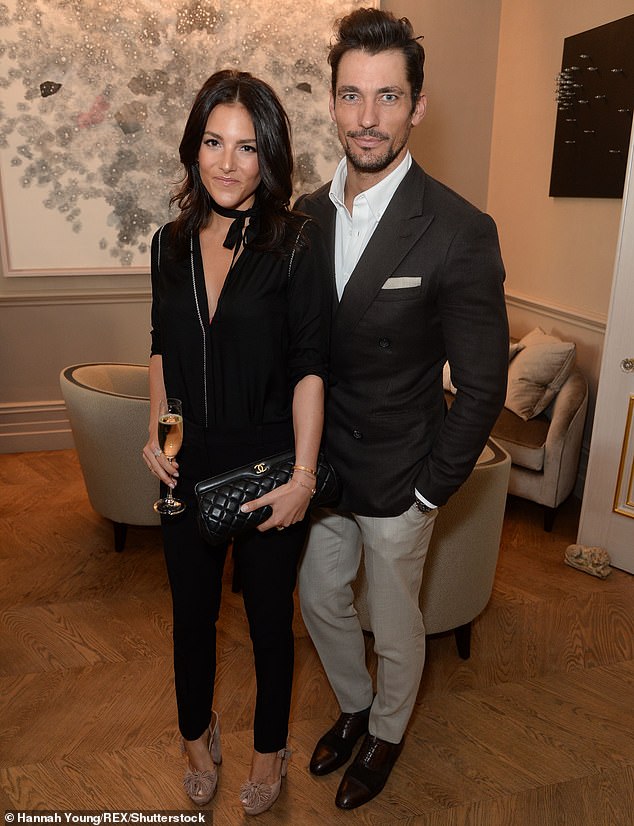 Proud parents: Handsome: The supermodel, 41, welcomed a second baby girl with his barrister girlfriend Stephanie Mendoros on 1 November 2021 (pictured together in May 2017)

Vernon asked David if his life went in a different direction after becoming a dad and David replied: ‘I think everything changes, absolutely everything. I don’t think you can underestimate how much things change.

‘With my career, I’m constantly travelling. I was on 60-90 flights a year, travelling the world, going from job to job and you can’t really do that any more when you have a child.’

He added that he had been spending a lot of time with his other daughter Matilda, 3, who had become his ‘best mate’.

‘I spend even more time with Matilda, which is amazing,’ he said.

‘She’s three, it’s an amazing age – she’s just my little best mate at the moment, we do everything together.’

David went on to say that he had been ‘nervous’ about having a boy, admitting that as a child he had been ‘50% testosterone, 50% stupidity’. 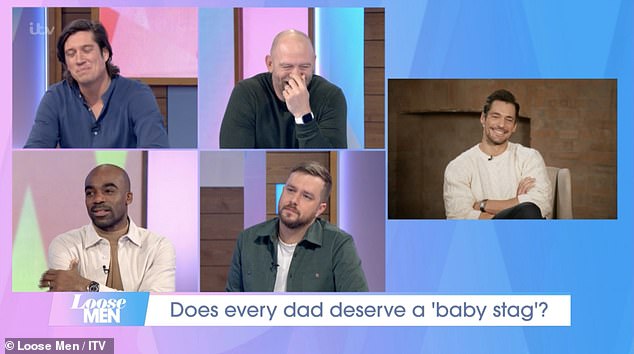 He explained: ‘People seem to be more concerned for me for not having a boy than I was. I was never concerned. I think that really came from being nervous for having a boy.

‘Me and my friends did our best, when we were growing up, we were 50% testosterone, 50% stupidity.’

‘How we didn’t kill ourselves or injure ourselves worse than we did is beyond me, so that is why I was nervous about that.’

He added: ‘That may change when the girls get to 15 and the boyfriends start coming home.’ 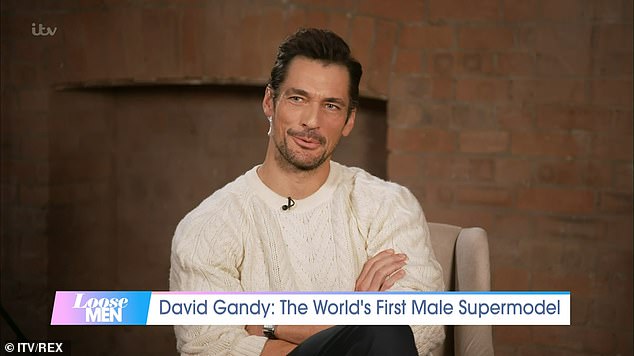