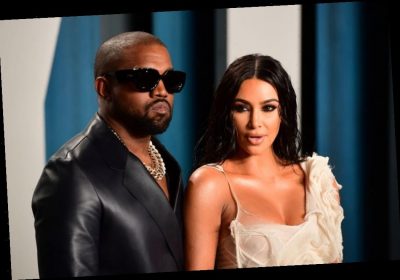 It’s no secret that Kim Kardashian West and Kanye West aren’t in the best place right now in their relationship. Rumors have been circulating for weeks that the two are on the brink of divorce. Recently, Kim posted a pretty cryptic message to her Instagram that has fans wondering if she was throwing shade at her husband.

Though Kim is an extremely public person, she and Kanye had kept the inner workings of their relationship pretty private up until last year. Things started going downhill when Kanye admitted at a presidential rally that he and Kim almost aborted their oldest child, North. The next day, he went on a Twitter rant claiming that Kim tried to lock him up.

“Kim tried to bring a doctor to lock me up with a doctor,” he tweeted.“If I get locked up like Mandela… Ya’ll will know why.”

“Kim was trying to fly to Wyoming with a doctor to lock me up like on the movie ‘Get Out’ because I cried about saving my daughter’s life yesterday,” he continued.

He also revealed that he had been trying to separate from Kim for some time.

“I been trying to get divorced since Kim met with Meek at the [Waldorf] for prison reform,” he wrote.

Later, Kim addressed Kanye’s tweets, attributing his actions to his bipolar disorder, and asked fans to be kind and empathize with Kanye and their family.

Kim and Kanye are heading toward divorce

Kim and Kanye had been working to save their marriage for a while.

“Kim and Kanye are in counseling and exploring their options,” a source told People. “They have been working on their marriage for a long time, but no decision has been made.”

But the therapy wasn’t able to bring them back together.

“He knows that she’s done,” a source said of Kanye. “She has had enough, and she told him that she wants some space to figure out her future.”

“He’s OK,” the source continued. “He’s sad, but OK. He knows the inevitable will happen, and he knows that it’s coming soon.”

Though Kanye still seems to be in the mourning stage, Kim is apparently done.

“They are just not on the same page when it comes to their future as a family,” an insider told the outlet. “And Kim is OK with it. She will do everything she can for the kids to have a great relationship with Kanye — she just doesn’t want to be married to him.”

Recently, a leaked video of Kanye yelling at Chance the Rapper began surfacing. According to Daily Mail, the video may have been a clip from the upcoming YZY TV documentary about Kanye’s forthcoming album DONDA.

Just hours after the video began circulating, Kim posted a picture to Instagram with the caption, “Don’t be messy.”

While Kim has not revealed what her caption was referring to, fans have been wondering if it had anything to do with her husband’s messy video of him feuding with Chance.