Dolph Lundgren, 62, and fiancee share a kiss during lunch date Dolph Lundgren, 62, and fiancee Emma Krokdal, 24, share a kiss during a lunch date in Malibu

Dolph Lundgren and fiancee Emma Krokdal proved they’re still in the honeymoon phase as they enjoyed a sunny lunch date this week.

The 62-year-old Swedish star put on an affectionate display with his young wife-to-be as they left The Sunset restaurant in Malibu.

For the casual outing the 24-year-old personal trainer wore a colorful tie-dye top and black shorts which she teamed with slides. 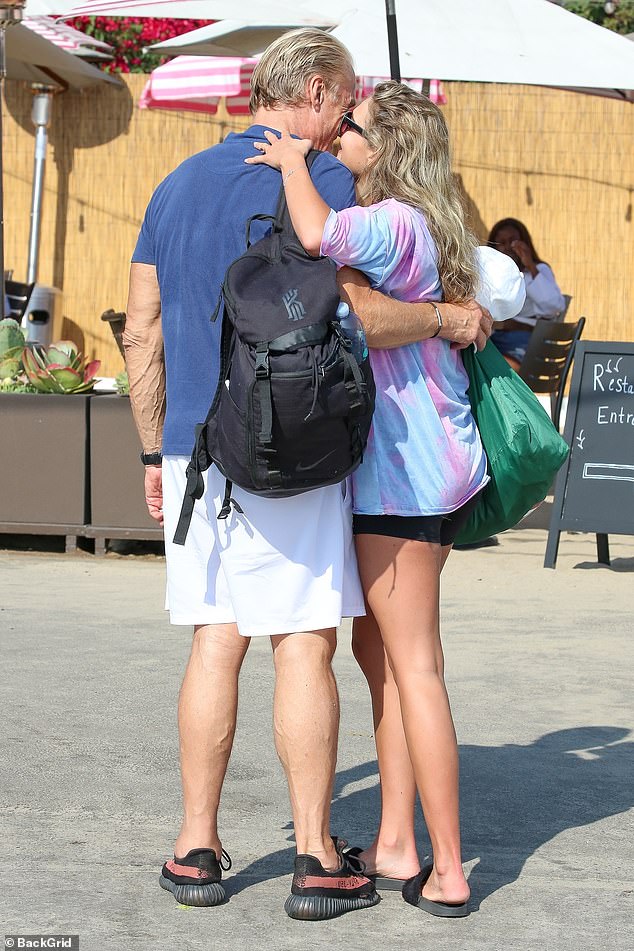 She reached up to kiss The Expendables star as they made their way to the valet stand.

Dolph was all smiles as he put on a stylish display in a blue polo shirt and white shorts.

The Swedish actor’s engagement was revealed in June after he proposed in Stockholm.

Dolph shared a picture of the couple on Instagram, with Emma showing off her engagement ring, and wrote: ‘Something very special happened here in Sweden. D [heart emoji] E.’

His close pal Sylvester Stallone was one of the first to congratulate him, writing: ‘Congratulations my good friend. You’re the best. Sly.’ 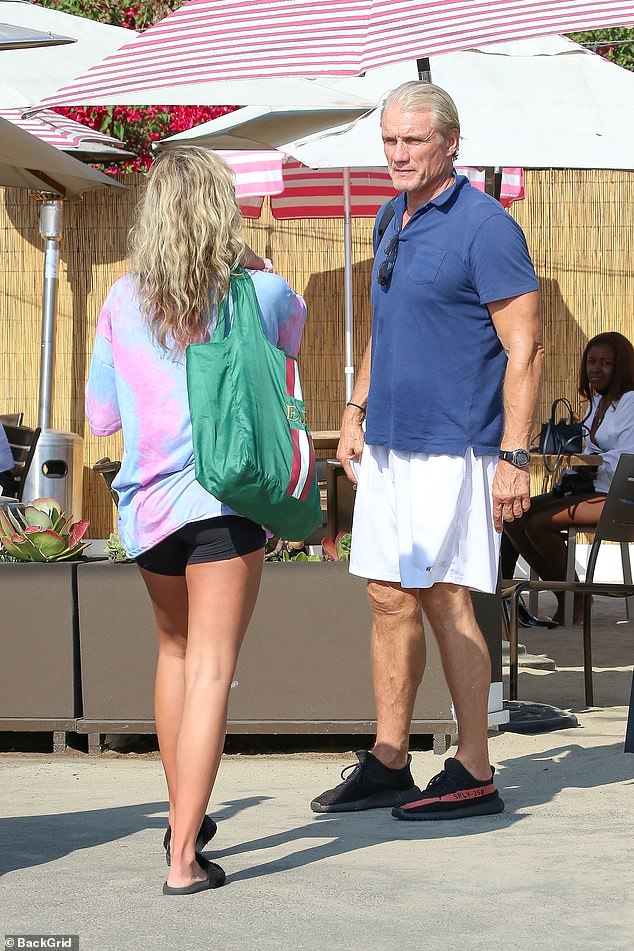 Sunny spot: The 62-year-old actor and his 24-year-old fiancee were spotted at Sunset restaurant in Malibu

Dolph – who was previously married to Anette Qviberg from 1994 to 2011 – reportedly started romancing Emma last year and they went public at the Cana Dorada Film & Music Festival in the Dominican Republic in January.

Dolph previously revealed how he used to have group sex with Grace Jones and ‘four or five’ other women – but complained it left him too tired for work.

The Creed II actor dated the Pull Up to the Bumper hitmaker in the 1980s and though he admitted their life in the bedroom was eventful, he insisted it wasn’t always a ‘good thing’. 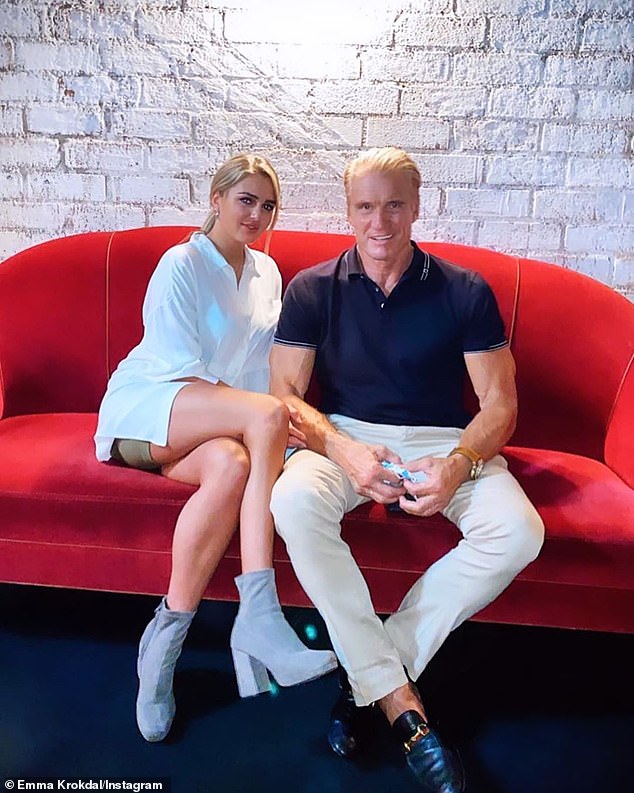 Happy couple: The Swedish actor’s engagement was revealed in June after he proposed to Emma in Stockholm

He said: ‘That happened on occasions, with or without Grace. Sometimes she would bring a girlfriend home and then I’d have to get up for work the next day and that kind of thing.

‘I’d say at the most it was four or five girls, perhaps. It’s great in theory but when you have to get up and fight Sylvester Stallone in the morning it’s not such a good thing.’

Dolph met Grace when he was hired as her bodyguard but once he found fame after playing notorious villain Ivan Drago in Rocky IV, their relationship quickly deteriorated. 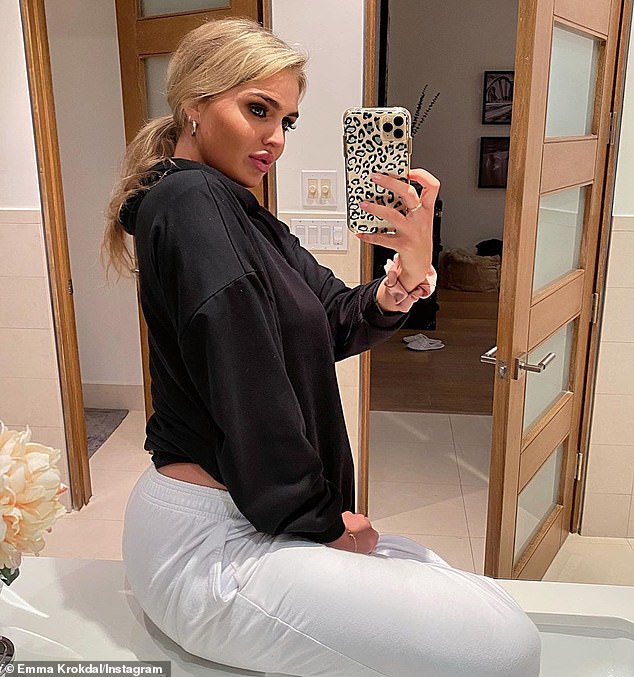 Bride-to-be: Emma is a personal trainer from Norway and is the same age as Dolph’s eldest daughter Ida

‘It was one of those things that happens once in a while in Hollywood, somebody totally unknown becomes famous overnight.

‘Other women showed up, she got jealous and she couldn’t handle it. People wanted me to go to openings. It was a lot of strain and, within six months, the relationship was over.’