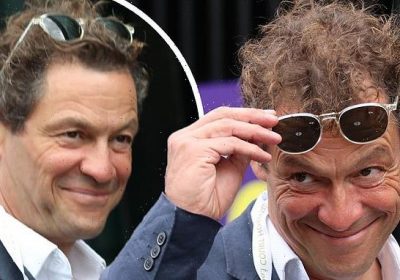 The 51-year-old actor was seen pulling some rather animated expressions as he made his way through the crowds at the All England Lawn Tennis and Croquet Club.

He was suited up for the occasion but lifted up his sunglasses to give some passers by a cheeky smile. 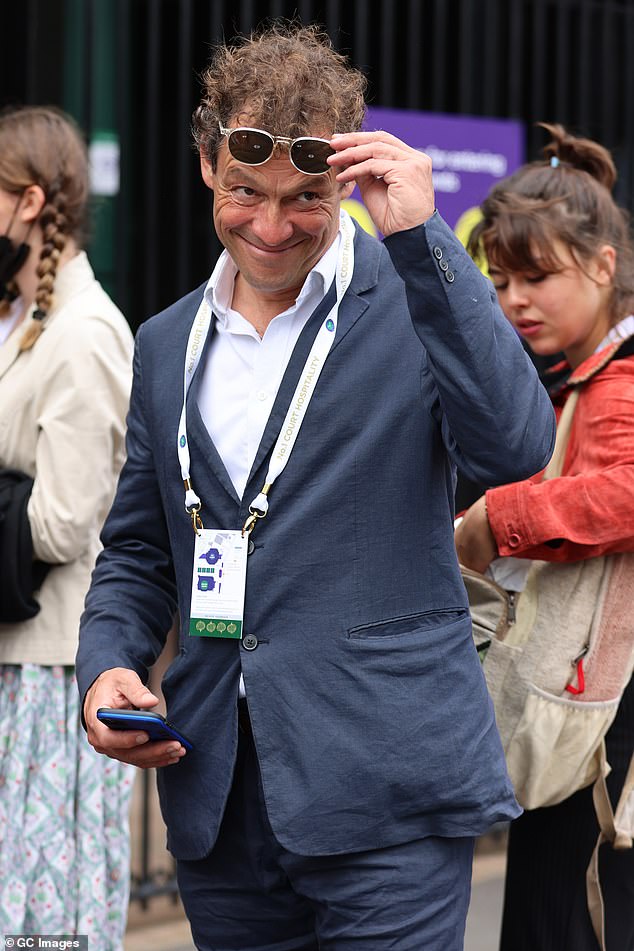 Flying solo: Dominic West looked animated as he arrived at Day 10 of Wimbledon on Thursday wearing a navy suit and sunglasses

The Affair actor wore a crisp white shirt beneath his suit jacket for the outing.

The actor also had a white lanyard dangling from his neck as he made his way through the crowds.

On Day 10 of Wimbledon, the competition saw the women’s singles semi-finals between Ashleigh Barty and Angelique Kerber, and KarolínaPlíšková and ArynaSabalenka.

A number of doubles games were also played on Thursday. 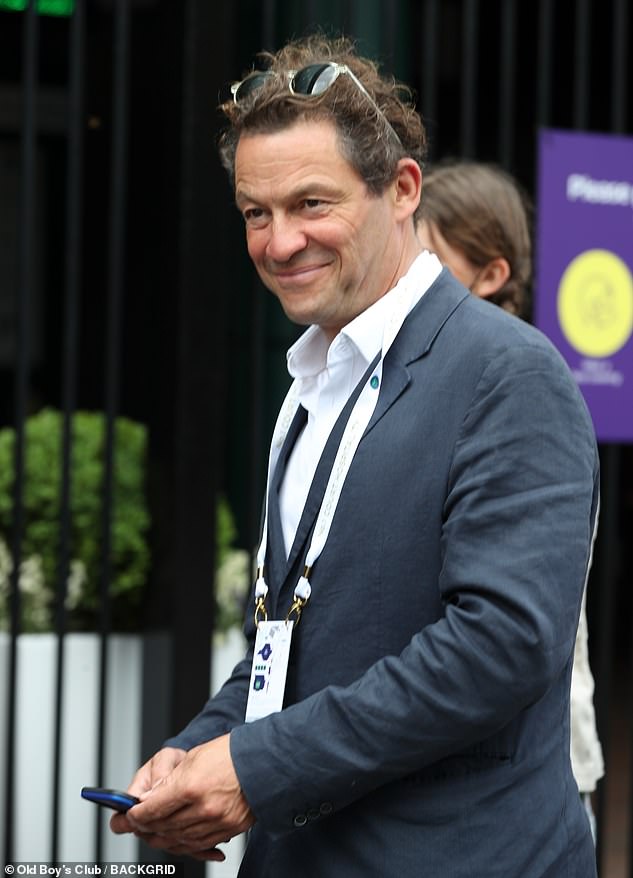 Feeling chipper? The 51-year-old actor appeared rather animated as he made his way through the crowds at the All England Lawn Tennis and Croquet Club 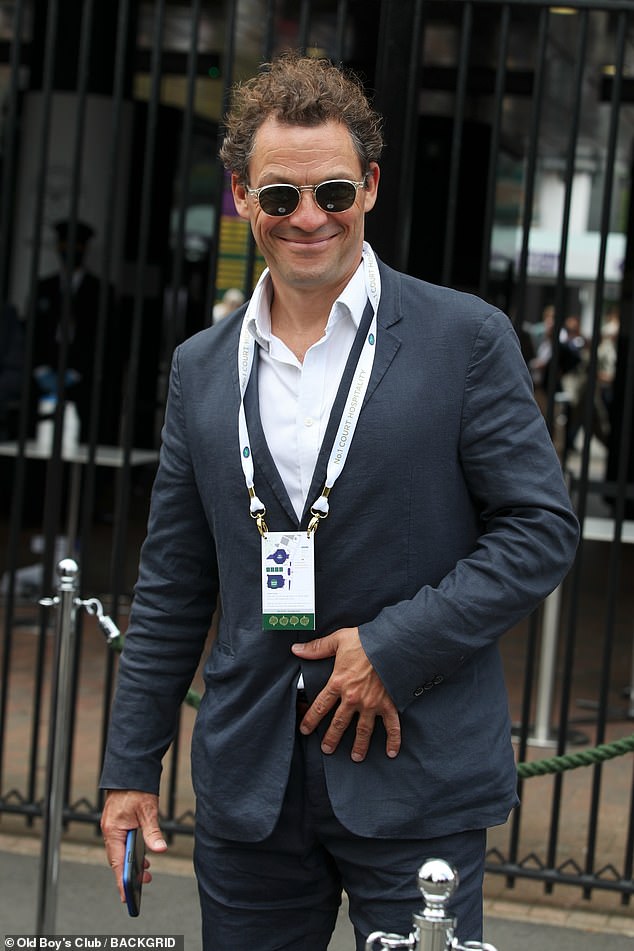 Smiles! In May, it was reported that Dominic was planning a lavish party for his wife ‘to show how much he loves her’ after being linked to actress Lily James 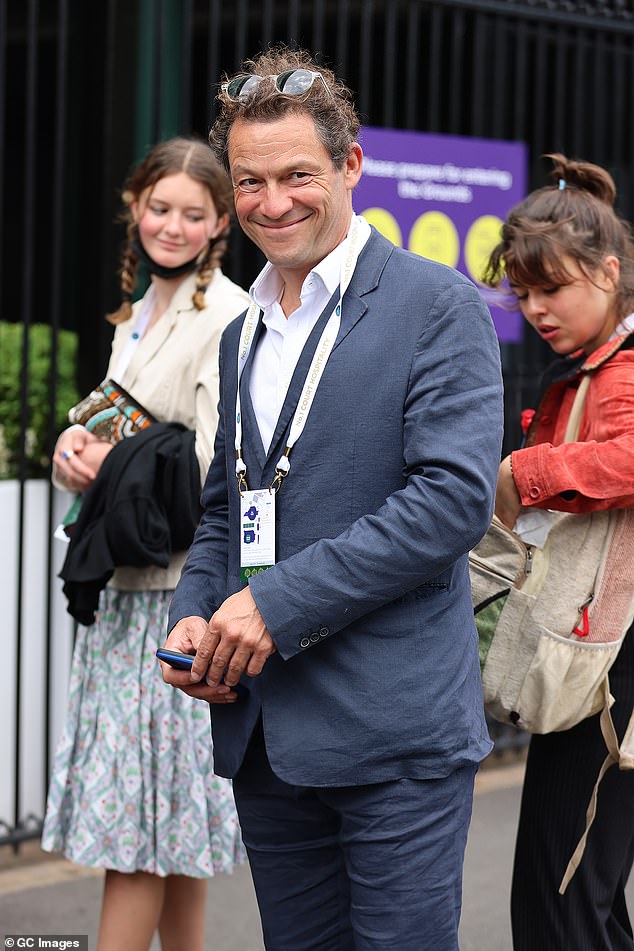 Looking the part: Dominic looked smart as he arrived at the private members’ club at Wimbledon, wearing a navy suit and sunglasses

The outing comes after Mailonline revealed Dominic planned a lavish 50th birthday party in May for his wife Catherine FitzGerald in the Cotswolds.

The actor became the subject of scrutiny when images emerged showing him and actress Lily James getting cosy during a scooter ride in Rome in October.

A source told MailOnline in May that Dominic had been looking for ways to show Catherine how much he loves her and he hoped by throwing her an extravagant garden party in the Cotswolds would make her feel special.

It followed reports that Catherine was ‘steering clear’ of BBC One period drama The Pursuit of Love, which stars Dominic and Lily. 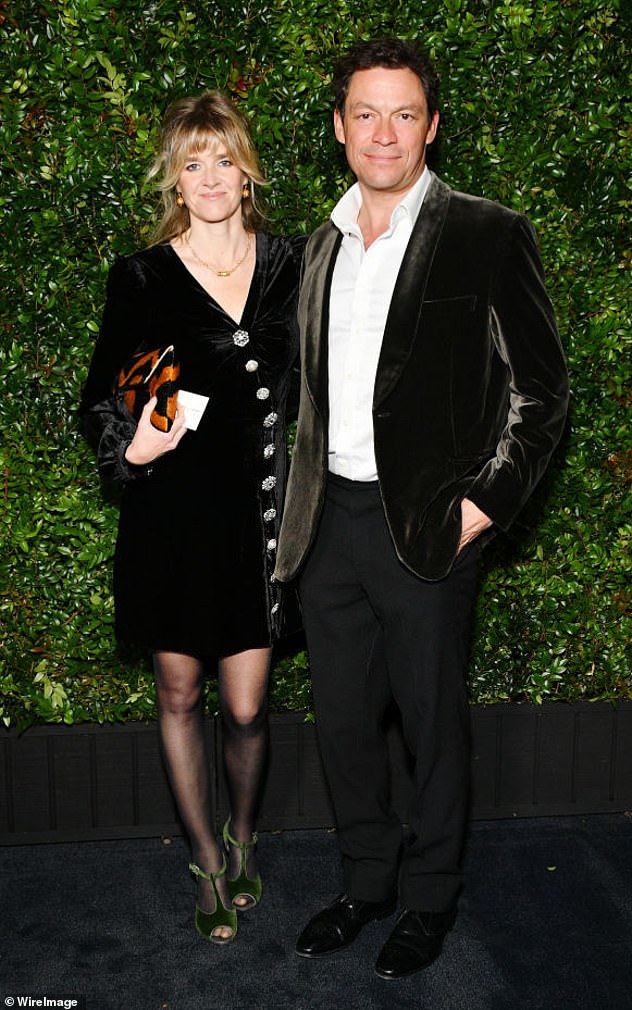 ‘He wants to make her feel special again’: Dominic has planned a lavish 50th birthday party for his wife Catherine FitzGerald in the Cotswolds, MailOnline can reveal 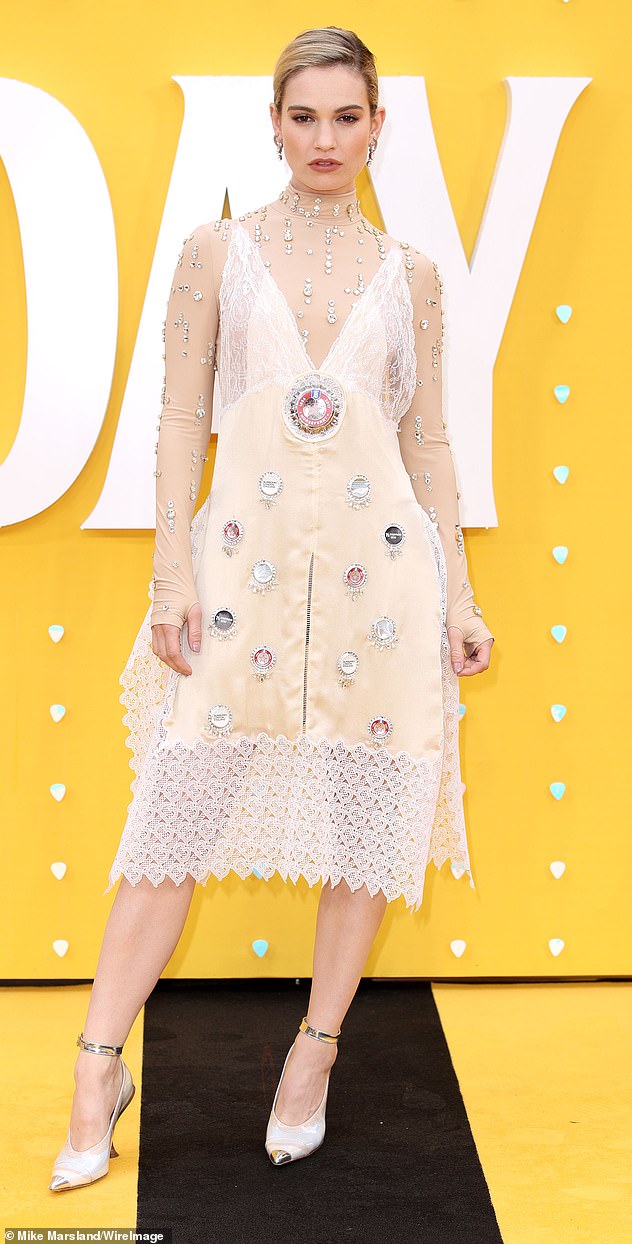 ‘Dominic has been doing everything he can to make things up to Catherine, she stuck by him throughout the toughest time in their marriage and now he wants to make her feel special again,’ a source revealed.

‘He’s renowned for hosting big parties, lockdown restrictions have eased and finally all the attention will be on Catherine, instead of him and Lily.’

Catherine, who’s a landscape designer, turned 50 on May 18.

Her 50th birthday comes seven months after she and Dominic, who share four children together, claimed in a handwritten note left outside their Wiltshire home: ‘Our marriage is strong and we’re very much still together. Thank you.’ 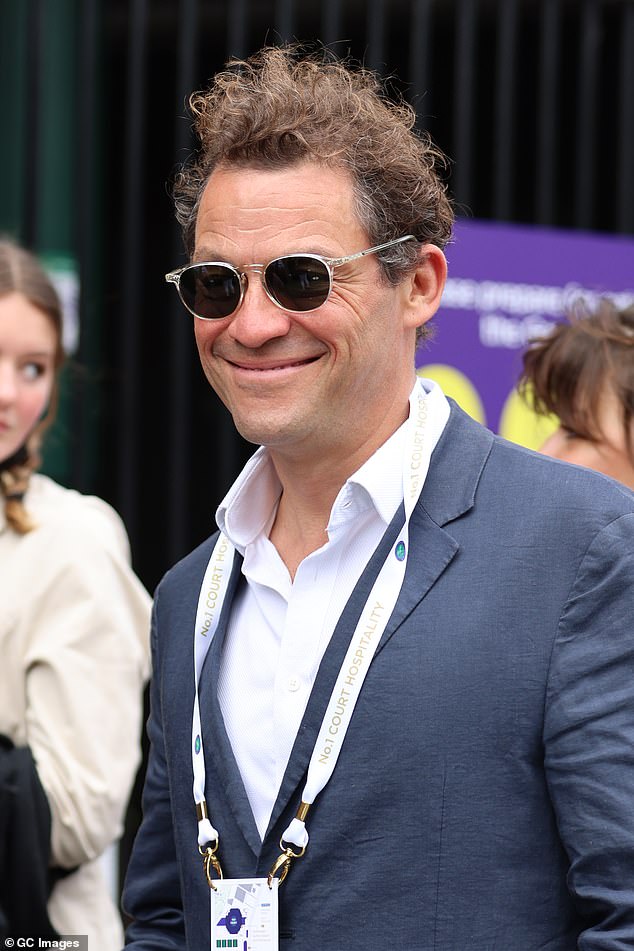 Nice day out: The actor also had a white lanyard dangling from his neck as he made his way through the crowds