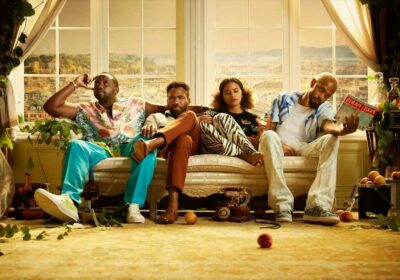 In the lead-up to the fourth and final season of Atlanta, Donald Glover made a rare public appearance to discuss the show during a virtual press conference for the Television Critics Association. Along with fielding celebratory questions about the legacy of the series, its creator was also asked to respond to criticism from Black fans who have suggested, mostly via online conversations, that the series leaned on anti-Black sentiments and misogynoir at times in favor of capturing white audiences.

How True Is 'Respect'? Fact-Checking the Aretha Franklin Biopic

Glover likened his feelings towards the sometimes critical response to the show to that of Kendrick Lamar, who recently attempted to tackle themes of misogynoir, homophobia, generational trauma, and more on his polarizing fifth studio album Mr. Morale & the Big Steppers.

“I’m kind of with Kendrick; I’m a little through with the culture, personally,” he explained. “I do a lot of shit for the people, but the culture … I think a lot of us are sitting here going, ‘A lot of this is fucked-up shit because of what happened to us.’”

He ultimately halted the conversation where it is, limiting further interrogation of criticisms, because of its online origins. Instead, he preferred to reflect on interactions he’s had with fans of the show in-person, or those of the TikTok skit generation who slide into his DMs to share their praise. “If I have to answer the question: No, we don’t feel [hurt by the criticism],” Glover explained. “I listen to the criticism, but the conversation isn’t as elevated as it should be.”

Glover concluded on a note about the part of the comments that seemed to cut deepest for him — the ones that claim that Atlanta panders to a white audience: “This is such a Black show on a lot of levels. To say that it’s for white people, we’re cutting ourselves down. It’s just sad to me, mostly.”