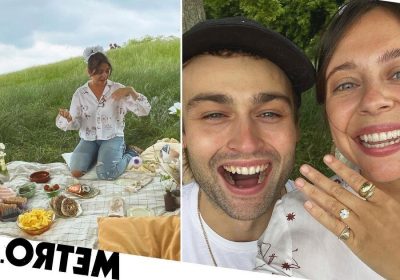 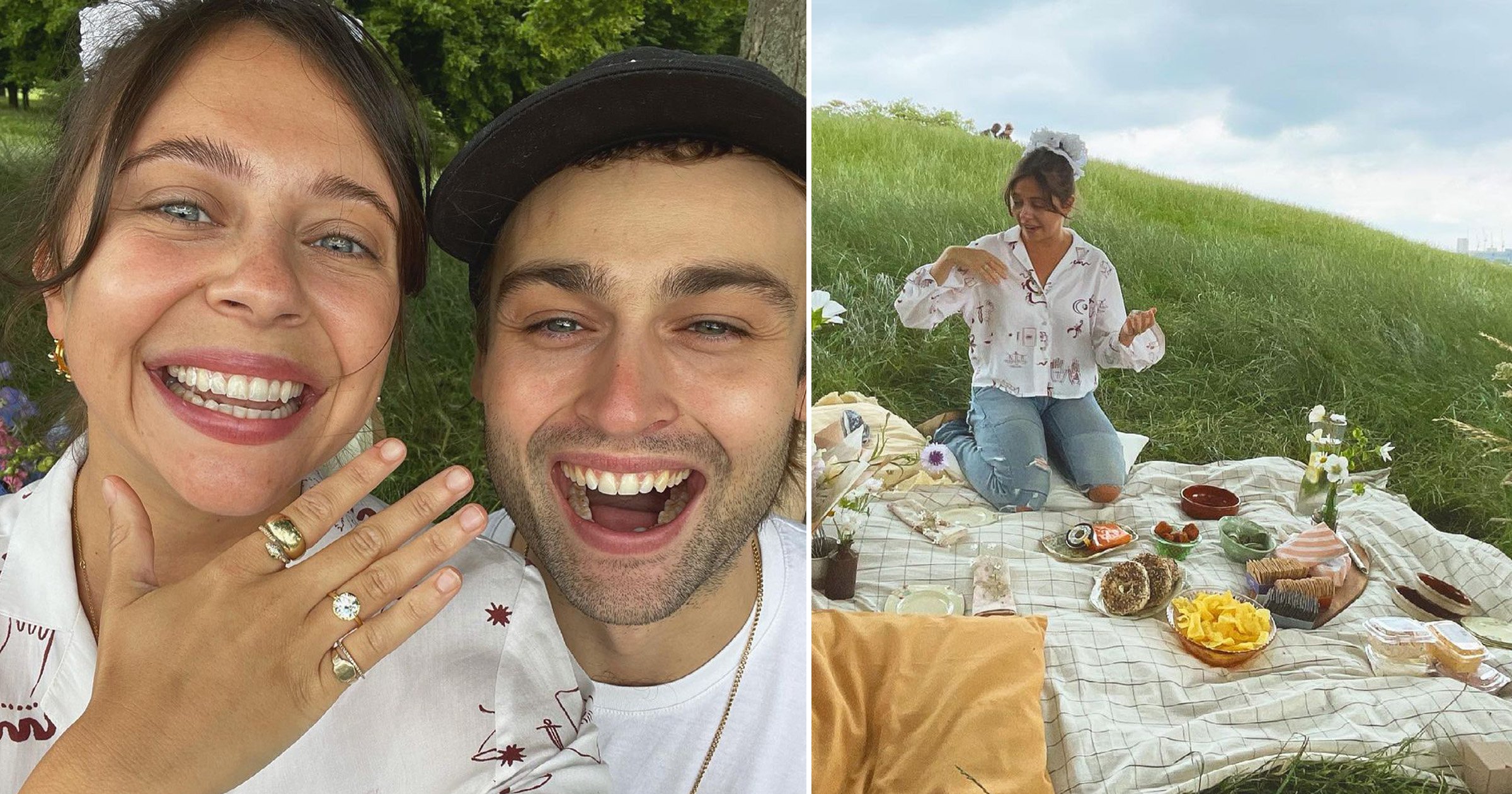 Congratulations are in order for Douglas Booth and Bel Powley – the couple are engaged.

Pride and Prejudice and Zombies actor Douglas, 28, announced the happy news on Instagram on Saturday.

Sharing a picture of himself alongside fiancee Bel, 29, as she excitedly held up her hand while wearing her ring, Douglas wrote: ‘Very, VERY happy!’

The star also shared a snap of the beautiful picnic setting on London’s Primrose Hill that he had created for the proposal.

Bouquets of flowers could be seen around a blanket which was laid out on the lush green grass.

He had brought with him a number of cushions so they could sit comfortably while the delicious contents of a hamper could be seen set out on plates ready for them to eat.

Douglas posted a picture of Bel as she sat on the blanket wearing a white shirt with a funky print and a pair of blue denim jeans.

Douglas and Bel met on the set of film Mary Shelley in 2016.

She told Browns Fashion: ‘He was playing Percy Shelley and Elle Fanning was playing Mary.

‘I played Claire Clairmont, Mary’s stepsister. That’s when we fell in love – ahhh!’