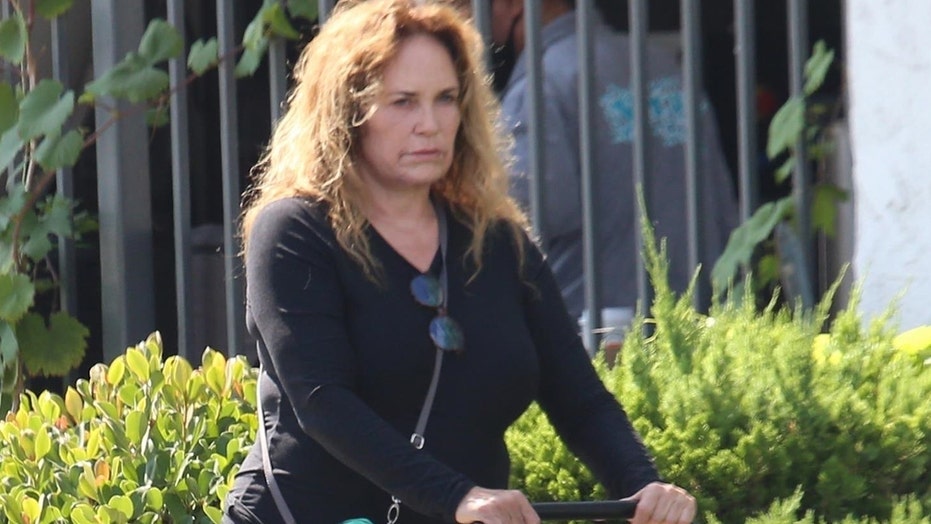 Forget the General – Catherine Bach is all about her pooches.

The actress, best known for starring as Daisy Duke in the hit series “The Dukes of Hazzard,” was recently pictured walking her three dogs with a helper in Los Angeles.

The 67-year-old opted for a casual look as she pushed one of her beloved canines in a stroller while the star’s companion held on to two others, including a German Shephard.

Bach noticeably rocked a darker hairdo as she stopped from time to time to put on her reading glasses and check her phone.

On July 3, Bach took to Instagram where she shared an adorable snap of her dogs. 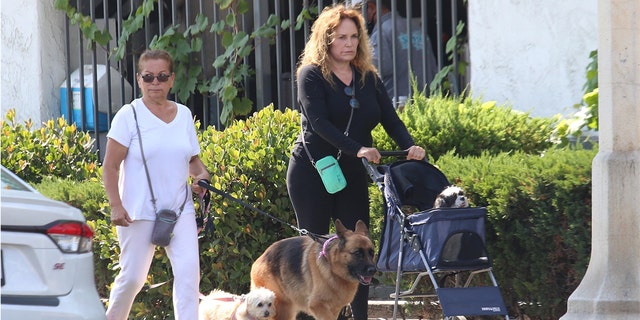 Catherine Bach was pictured walking her dogs in Los Angeles with the help of a companion.
(Backgrid)

“Is it possible to post too many pics of puppies?” she captioned the photo. “Asking for a friend.”

Bach has kept a low profile in Hollywood. She last starred as Anita Lawson in the soap opera “The Young and the Restless” from 2012 until 2019.

In 2019, she was headlined to reunite with her “Dukes of Hazzard” co-star Tom Wopat to celebrate the show’s 40th anniversary with the “Good Ole Boys Tour” in Bakersfield, Calif.

“The Dukes of Hazzard,” which chronicled the adventures of “the fast-drivin’, rubber-burnin’ Duke boys of Hazzard County,” aired from 1979 until 1985.

Back in 2019, Bach told Fox News that she initially didn’t want to play Daisy Duke. She noted that producers originally wanted a Dolly Parton look-alike to take on the sultry country girl. 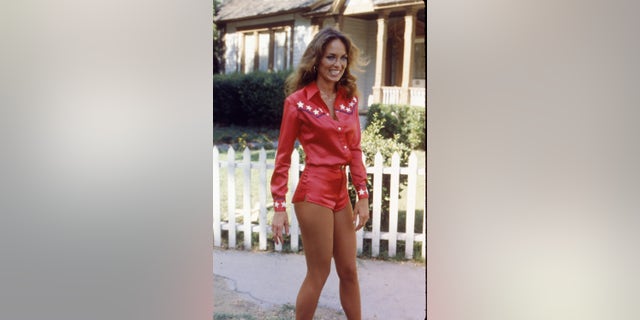 Catherine Bach on the set of the television show, ‘The Dukes of Hazzard,’ July 1980.
(Photo by Fotos International/Getty Images)

“Here’s the thing — they’ve been looking for a year for that part,” Bach recalled on casting the iconic character. “They went to New York, Chicago, Atlanta… and California. Nothing. So I said, ‘That’s very nice of you to think of me… but you don’t have to.’ I just didn’t think I had a chance. But [show creator Gy Waldron] said, ‘I really want you to come in.’”

“…After I did my reading during the audition, there was total silence,” Bach continued. “I thought, ‘Oh no, they didn’t like what I did.’ Then everyone – we’re talking about 30 people – got up and started clapping. They just connected with my vision of how this part should be played. Two weeks later I was on a plane to Georgia.”

Bach also insisted that she never got romantically involved with Wopat or John Schneider.

“Let me say this — as much as those guys were the most charming, sexiest friends and men on the planet and women all over just adored them — they were really like my brothers,” she said. “As much as I appreciate them, there’s no way I would be, as you say, hooking up with them. Just look at your brother or whoever is really close to you and go ‘Can I do this?’ It’s a no.”