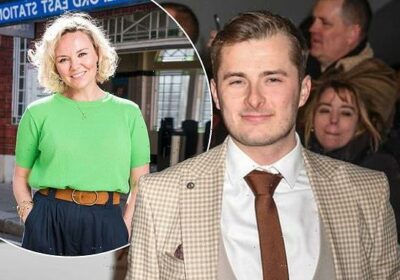 EastEnders’ Max Bowden, 27, ‘grows close to co-star Charlie Brooks’, 41, amid claims he ‘split from Shona McGarty – after his ex Roisin Buckle gave birth to their son’

The Ben Mitchell actor, 27, recently split from Shona McGarty following a six-month romance – as their relationship had made things ‘too complicated’.

Sources claimed the pair decided to remain friends after Max welcomed a baby boy with his ex Roisin Buckle – but Max has found a new ‘shoulder to cry on’, his co-star Charlie, known for playing Janine Butcher on the BBC soap. 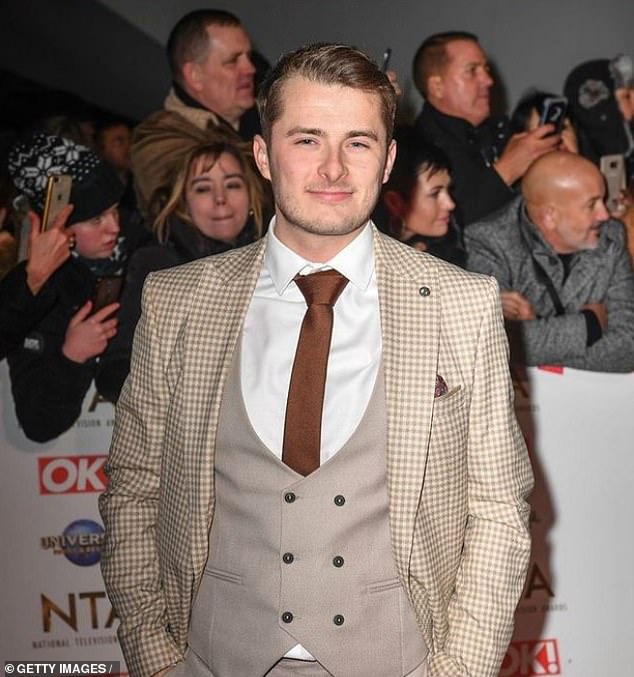 A source told The Sun: ‘She’s been a bit of a shoulder for him to cry on too. Charlie is a great role model for Max.

‘They’ve become closer than ever on set and Max knows he can always rely on her for help.’

Max had a heavy summer partying and has reportedly decided to give it up after welcoming his first child.

The insider explained it caused a number of arguments with Shona and ‘since then he’s grown closer to Charlie’.

Max and Charlie’s representatives have been contacted by MailOnline for comment. 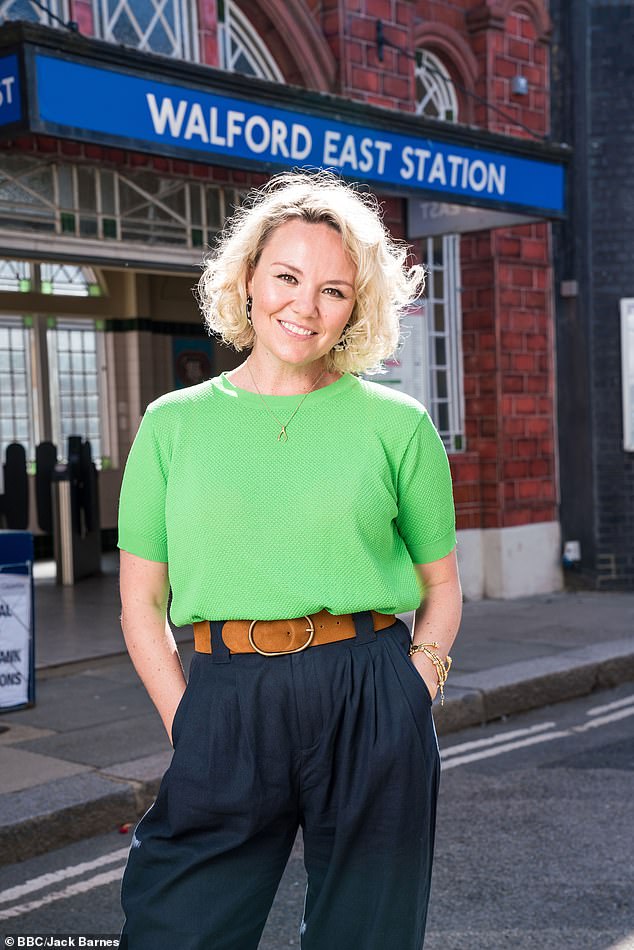 A source told The Sun: ‘She’s been a bit of a shoulder for him to cry on too. Charlie is a great role model for Max.’

Max and Shona’s blossoming romance first came to light in May after sources claimed the pair were ‘inseparable’ following his split from girlfriend Roisin, and they made their relationship Instagram official in August.

A source told The Sun: ‘There has been a lot going on in Max’s life and things were just getting too complicated with Shona being involved.

‘Max will always have a lot of love and respect for Shona but it’s just not the right time.’

A friend close to the couple also added: ‘Max and Shona have never spoken on it publicly but as their close circle would know, they were never in an official relationship and remain close friends who decided not to pursue anything romantic a number of months ago.’ 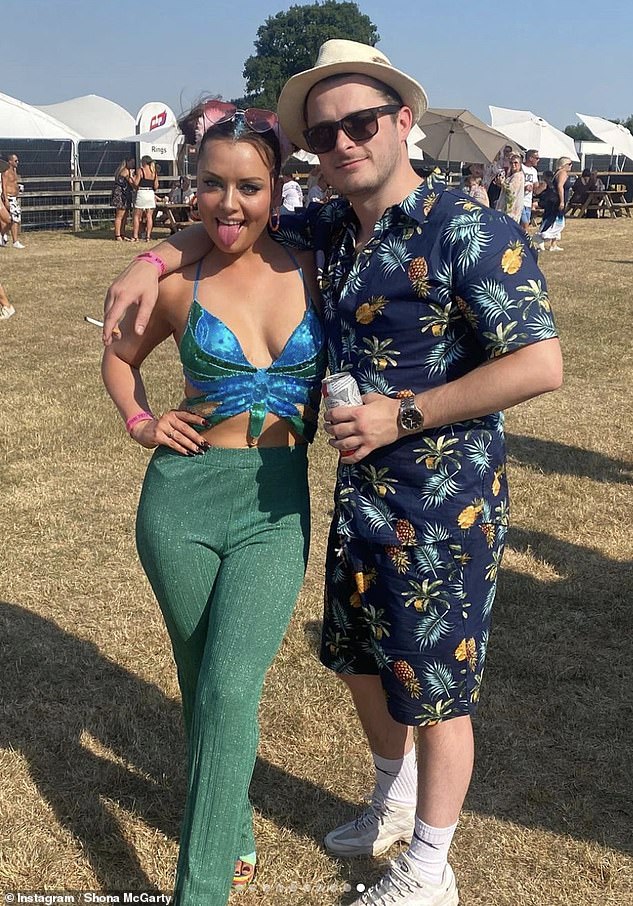 It’s over! Sources claimed Max and ex Shona McGarty decided to remain friends after Max welcomed a baby boy with his ex Roisin Buckle, as their relationship had made things ‘too complicated’

Last month Max, who plays Ben Mitchell on EastEnders, revealed he was a dad for the first following the birth of his son with ex Roisin.

Roisin and Max both shared a sweet black and white photo of their son, who was born on September 19 as they revealed they have named him Reginald.

The pair revealed they were expecting their first child back in April but are no longer together.

Max had made his relationship with EastEnders co-star Shona, who plays Whitney Dean, Instagram official after months of speculation that they were dating.

The soap star met Roisin at a pub in June 2021. The pair quickly became close, and in July went on holiday to Madeira. In August, Roisin was spotted supporting Max at a Sellerbrity football match at Horley FC.

They went public on social media in October 2021, and spent Christmas together, before Roisin discovered she was pregnant at the beginning of 2022.

The couple decided to separate in March, while agreeing to co-parent once their son was born, however Roisin claimed in August that they had not been in contact for two months.

The same month, Max was spotted at a country music festival with his EastEnders colleague Shona McGarty, 30, at London’s O2.

Rumours began that the couple had grown close, when Max was seen leaving Shona’s house in May. 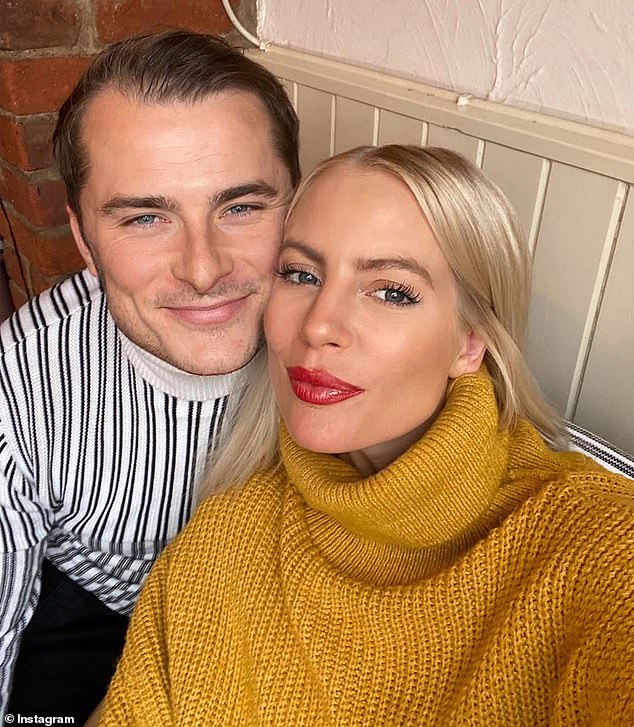 Messy: Sources claimed the pair decided to remain friends after Max welcomed a baby boy with his ex Roisin (pictured together), as their relationship had made things ‘too complicated’

Max and Shona recently made their relationship Instagram official after months of dating rumours.

Shona, who plays Whitney Dean in the BBC soap, took to Instagram earlier this month to share cosy snaps of her and Max at House & Classics Festival in Essex.

The couple looked very close at the music event as they partied with pals and posed together in public for the first time.

Shona split from her electrician fiancé Ryan Harris in January, claiming the separation was ‘very amicable’. 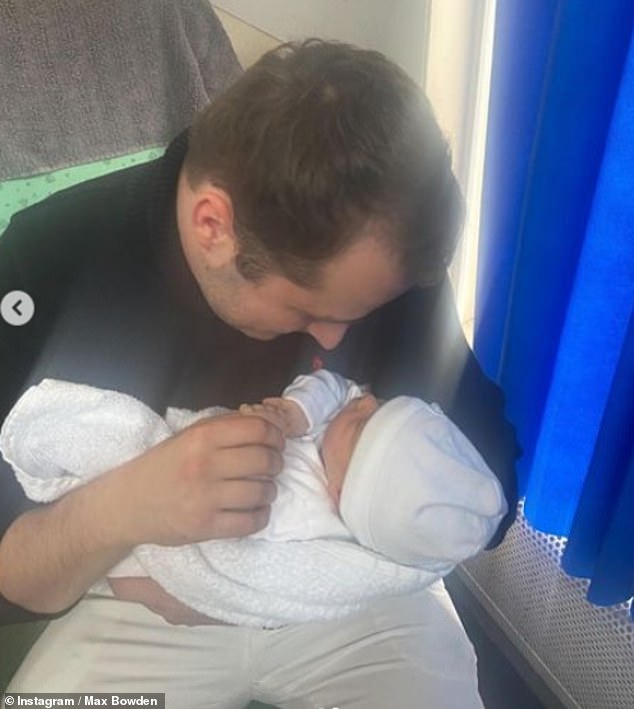 Proud dad: Last month Max, who plays Ben Mitchell on EastEnders, revealed he was a dad for the first time following the birth of his son with ex Roisin

Speaking on her new podcast One Mum and a Baby, Roisin said: ‘There was hope we may co-parent but I haven’t heard from him in about six weeks now so I’m not really sure where that stands.’

Roisin  went on to say that she had invited Max to the babies scan – where she discovered she was expecting a boy – however she says he failed to turn up.

She added: ‘The door is open and I would never stop him seeing his son so hopefully we hear from him.’

A friend of Max’s told The Sun at the time: ‘Max is saddened to hear Roisin make these claims as he has made it very clear that he will always be there for his son.

‘But for the sake of his child’s privacy, he is not prepared to discuss these matters publicly and wants to do things the right way.’ 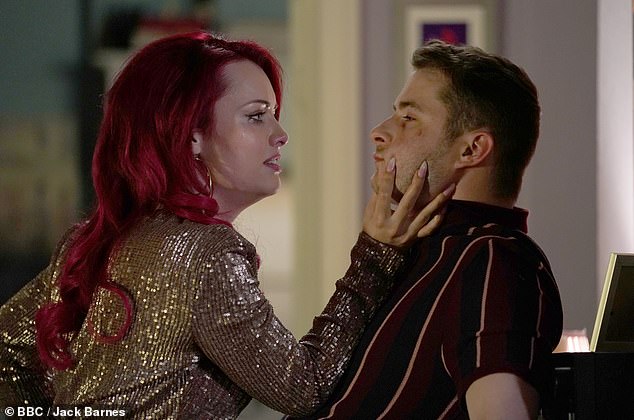 Co-stars: He plays Ben Mitchell on EastEnders, while Shona is known for her role as Whitney Dean (pictured on the soap in 2019)