His life has already been disfigured by tragedy. But the fates appear to have stored up one final horror for billionaire former Harrods owner Mohamed Fayed.

Twenty-three years after his eldest son, Dodi, died alongside Princess Diana in Paris, two of Fayed’s younger children, Omar and Camilla, are at war in the High Court, I can disclose.

In an incendiary document, Omar, 32, focuses on the afternoon of May 18 when his driver left him at his father’s Surrey estate, Barrow Green Court, so he could have a ‘socially distanced’ meeting with Fayed — his first since lockdown — and use his parents’ gym.

After meeting his father, 91, Omar had ‘a verbal disagreement with his mother’, Fayed’s Finnish second wife, Heini. Things turned far uglier, alleges Omar, when he went to the gym. 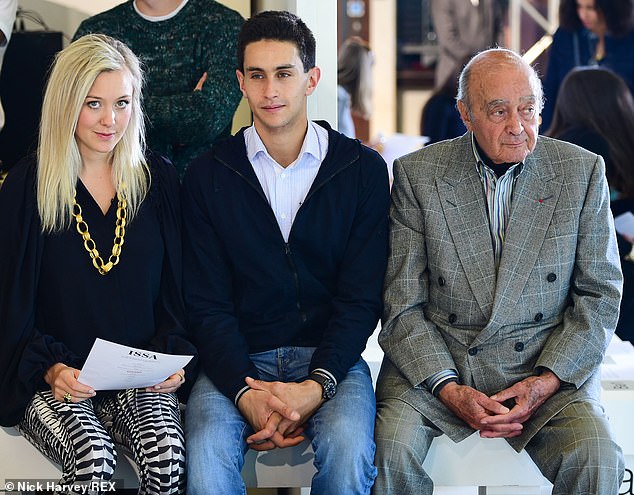 Omar Fayed and Mohamed Al-Fayed at the Issa show at London Fashion Week in 2014. Twenty-three years after his eldest son, Dodi, died alongside Princess Diana in Paris, two of Fayed’s younger children, Omar and Camilla, are at war in the High Court

While there, he claims, Camilla, 35, and her husband Mohamed Esreb, 40, arrived — allegedly accompanied by Camilla’s bodyguard and their mother’s. It was a disquieting moment for Omar, who, the High Court document explains, has been ‘in dispute’ with Camilla and Esreb — as well as with his mother Heini — for ‘the last few years’.

His fears were, allegedly, not misplaced. In the gym, Esreb, Omar alleges, ‘pushed/grabbed at him’. 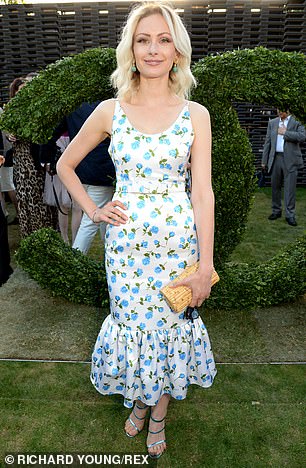 Fearing that he was going to be ‘violently attacked’, Omar left the gym and telephoned his driver, telling him to return immediately.

As he did so, alleges Omar, Esreb attacked him, ‘punching him in the face’. Returning to the gym to retrieve his belongings, he was allegedly ‘pushed and punched from behind’ by Esreb and the two bodyguards, who tried to grab his phone, which ‘contained a very substantial amount of private, confidential and privileged material’.

During this ‘further violent assault’, he was allegedly ‘struck on the back of his head, grabbed round his neck and brought to his knees’, before being ‘struck on his head again and thrown backwards to the floor where he collided violently with a rowing machine’.

It was then, alleges Omar, that Camilla twice called out: ‘Get the phone!’ and ‘it was taken by one of his assailants’. When his driver returned, Omar fled the estate, photographed his injuries, made a complaint to the police and went to hospital.

Camilla and Esreb — whom Omar is suing for £100,000 damages — decline to comment. But a family friend describes it as ‘a terribly sad case’. The pal tells me: ‘It is a desperate cry for help from a troubled and vulnerable young man.

‘The family have done all they possibly can to reach an amicable and peaceful solution, but all their efforts have fallen on deaf ears.’

Omar evidently disagrees. Groomed to succeed his father at Harrods, he renounced the role, explaining ‘consumerist culture wasn’t doing anything positive for the future of humanity’. 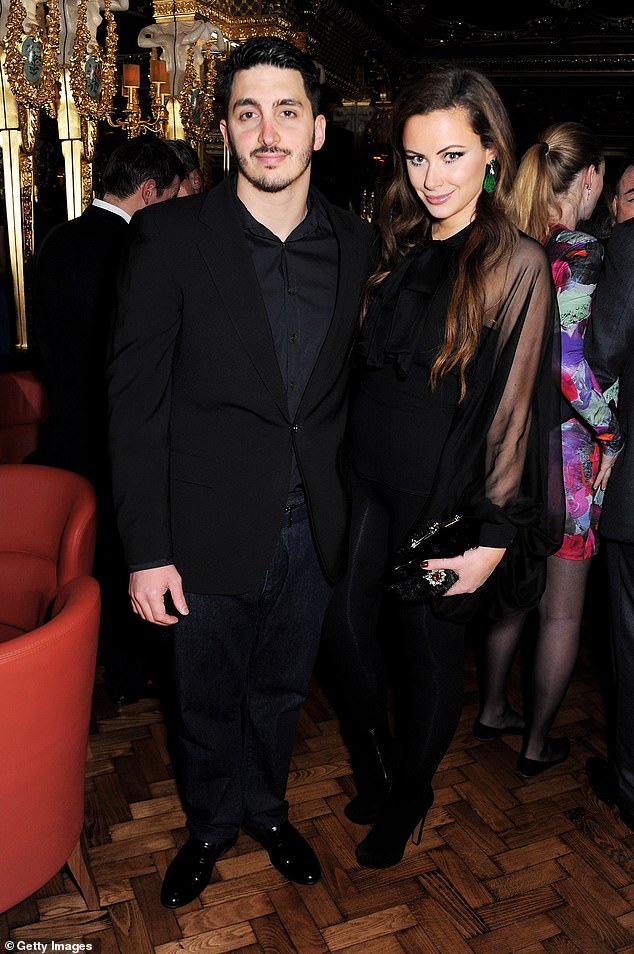 The Queen recently took part in her inaugural official engagement using a video-conferencing call, and now her daughter-in-law is to notch up her own royal technological first. 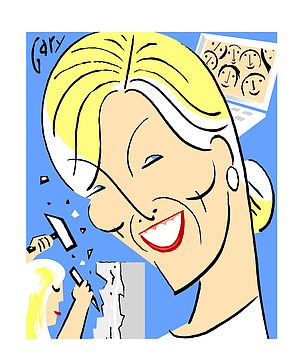 I can reveal that the Countess of Wessex will sit for sculptress Frances Segelman while being watched live by a worldwide audience online.

Prince Edward’s wife, Sophie, is patron of the Vision Foundation and the work will be unveiled in 2021, the charity’s centenary.

‘It is a privilege,’ Frances tells me. ‘It will be the first time a member of the Royal Family has sat for me as part of a live virtual event, and the first royal sculpture I have created as a tactile piece of art for blind and partially sighted people.’

The wife of philanthropist Sir Jack Petchey adds: ‘Through the wonders of technology, it’s great to give people the insider’s view of how I sculpt.’

Given just six months to live after being diagnosed with incurable stomach cancer, spread-betting tycoon Stuart Wheeler is still living life to the full.

He is celebrating after his daughter Sarah gave birth to her first child.

‘I am delighted to have a fifth grandchild,’ Stuart, 85, tells me. ‘Births are always a joy and this one is well-timed, as my spell on earth nears its end.’

Born at 7lb 5oz, the boy has been named Robin Stuart Jack Wheeler. ‘Which I trust is, at least to some extent, a tribute to me, which is nice,’ he adds. 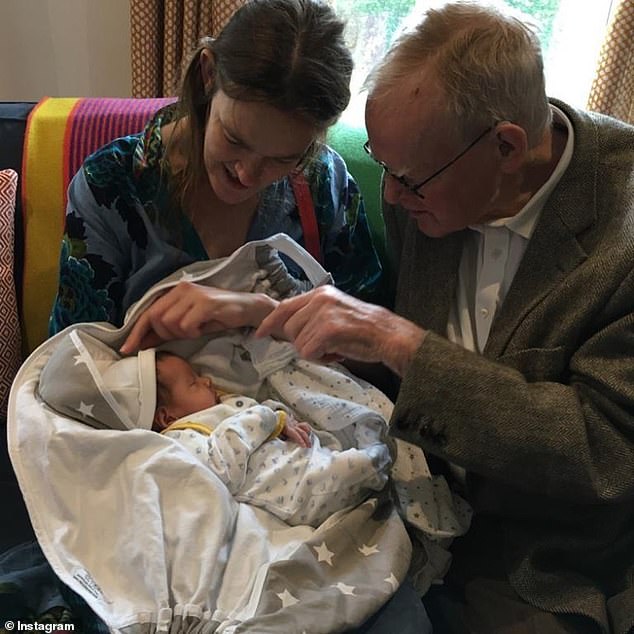 To the relief of London’s beau monde, Robin Birley will reopen 5 Hertford Street next Saturday.

But the ‘king of clubs’ couldn’t drag himself away from the Mayfair nightspot even while it was closed. ‘To keep my sanity during the lockdown, I have hung lots of new pictures,’ he tells members.

‘I am truly touched by the loyalty you have shown us, which has enabled me to keep the club going and keep the entire team intact.’

If your wedding’s been called off in the pandemic, how do you mark what would have been your big day? In the case of model Sabrina Percy, you make it to the church anyway.

She and fiance Phineas Page, whose family co-owns restaurant chains Franco Manca and The Real Greek, scooted off to Chelsea Old Church on his moped.

‘We thought instead of making it a glum day, I dressed up in white and we took a mini bottle of champagne and had a toast outside the church,’ Sabrina tells me. ‘We then tried to sing the hymns we would’ve sung. We thought we would try to make it fun.’ 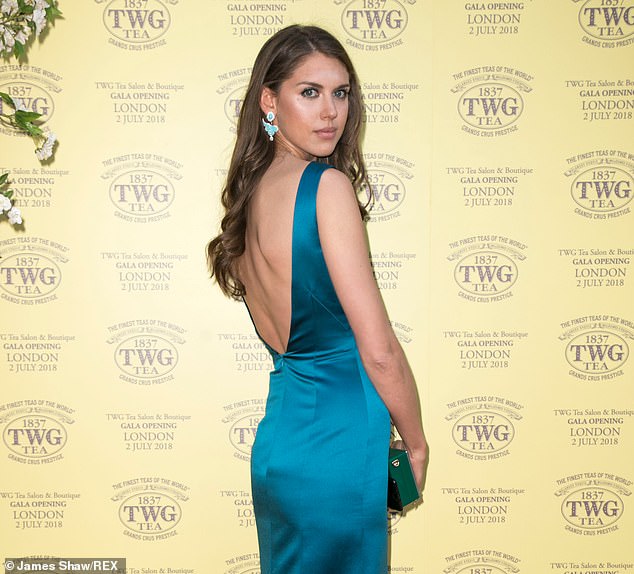 If your wedding’s been called off in the pandemic, how do you mark what would have been your big day? In the case of Sabrina Percy (pictured in 2018), you make it to the church anyway 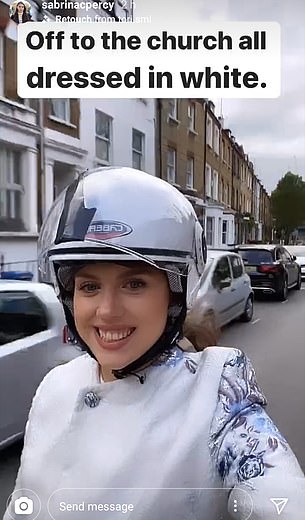 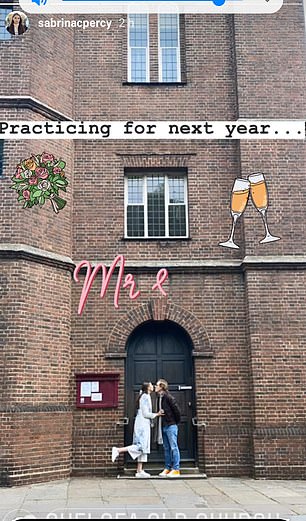 She and fiance Phineas Page, whose family co-owns restaurant chains Franco Manca and The Real Greek, scooted off to Chelsea Old Church on his moped (pictured). Once there they drank champagne and sang hymns

In this age of political correctness, rock star Chrissie Hynde dares to strike a discordant note.

The Pretenders singer has suggested women will be taken seriously only if they wear modest outfits.

‘How you dress and how you present yourself to the world is totally how people will treat you,’ claims Hynde, 68.

‘All these so-called feminists who complain because people treat them like they’re hookers? Well, put some clothes on!

An emotional reunion for Duchess’ clan

Lockdown has proved just as frustrating for the royals as any other family.

I hear that the Duchess of Cornwall enjoyed an emotional reunion with her son, Tom Parker Bowles, daughter Laura Lopes, and five grandchildren on Father’s Day.

‘All her grandchildren were there and it was a very moving day,’ a friend of the family tells me of the get-together at Camilla’s Wiltshire home, Ray Mill House.

Like so many other grandparents, Camilla kept in touch with her family via telephone and video calls while she was in lockdown with Prince Charles in Scotland.

Queen of Soul Aretha Franklin died two years ago but she’s made a timely intervention from beyond the grave, thanks to the rock star Bryan Adams.

Quote of the week

‘Should the question be: “What time do you stop?”’

Adams, who lives in Chelsea and was a favourite of Princess Diana, has unearthed a hitherto unheard solo recording by Aretha, with him left, of his song Never Gonna Break My Faith.

With lyrics about racial injustice, it may help calm tensions after the death of George Floyd in America.

In one verse, Aretha sings: ‘My Lord, won’t you help them to understand/ That when someone takes the life of an innocent man/Well they’ve never really won, and all they’ve really done/ Is set the soul free — where it’s supposed to be.’

Adams, who topped the charts for a record 16 consecutive weeks, says he wrote it as a modern ‘hymn’.

He reveals: ‘When the song was demo’d, I told the producers that Aretha would be the one to sing this.

‘This solo version has been sitting on my computer for years. The world hasn’t heard her full performance and it really needed to be heard. I’m so glad it’s being released.’ 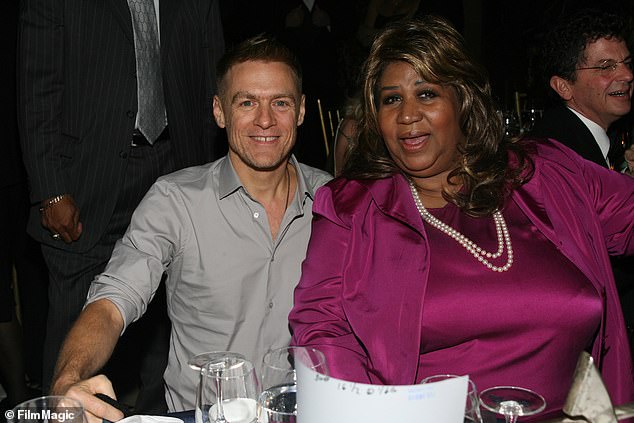 Queen of Soul Aretha Franklin died two years ago but she’s made a timely intervention from beyond the grave, thanks to the rock star Bryan Adams (pictured together in 2006)

Donna sizzles in the garden

With chaos on our overwhelmed South Coast beaches, Donna Air set a good example by choosing to stay in London and sunbathe in her garden instead.

The Split actress, 40, shared this photograph with fans and wrote a caption with three sun emojis.

Donna, the ex-girlfriend of the Duchess of Cambridge’s brother James Middleton, revealed that her daughter, Freya, 16, who usually lives with her in Chelsea, was spending lockdown with her father, conservationist Damian Aspinall, at his wildlife park in Kent. 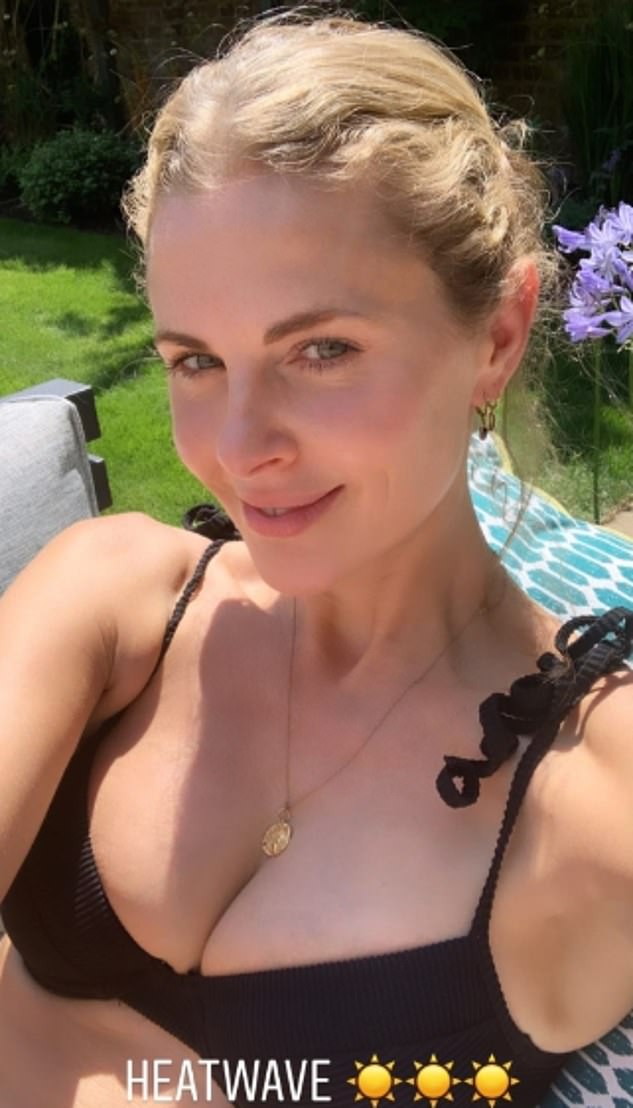 Donna Airs, 40, shared this photograph with fans and wrote a caption with three sun emojis